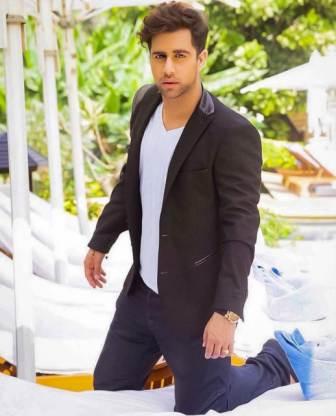 Rajiv Adatia is a United Kingdom-based Model, Businessman, and Social Media Influencer with roots in India. He was born on 3 May 1988 in London, United Kingdom. His father had moved to London from India in the 90s where he had set up his own small business. Rajiv completed his childhood studies in London.

Later he went abroad for his higher education. But when Rajiv was only 18 years old, he lost his father. Rajiv and his family were shocked after his father’s departure, but his mother took care of her children and gave them the courage to move forward. After the father passed away at such a young age, the responsibility of the house fell on Rajiv.

He started his career as a model. While modeling, he got a chance to work with many popular brands in London. After this, he worked in a London-based wedding decor company “We in Style”. After working in a wedding company for a few years, he started his own event company in London.

Apart from this, Rajiv is the Rakhi brother of Bollywood actress Shilpa Shetty and Shamita Shetty. Now in 2021, he is joining Colors TV’s most popular show Bigg Boss 15 as a contestant through the wild card. Before joining the show, Rajiv told about his strong bonding with Shilpa and Shamita during a conversation with the show’s host Salman Khan that

“I have known them for 10-12 years. I met Shilpa, Shamita, and aunty. We are spiritually connected. Not sure if you have noticed but Shamita is a very spiritual person. My connection with them began on a spiritual level. We are all god-fearing and we nurtured a bond that has since blossomed. I love them dearly.”

Rajiv Adatia age 33 in the year 2021, is a UK-based model and businessman who has good bonding with many Bollywood celebrities. Rajiv’s personality is also quite charming and handsome and he is always fit. Being the brother of Bollywood actress Shamita and Shilpa Shetty, Rajiv also has to take special care of his fitness. Shilpa is a very fit actress and is always conscious about her health.

For which she keeps on doing all kinds of yoga activities. He has also taught some yoga postures to Rajiv as well as shared some important information related to health and fitness with him. So that now Rajiv also tries to keep himself fit through yoga. To keep his body fit, he likes to take nutritious food in food and at the same time keeps doing all kinds of activities.

Rajiv Adatia’s height is 6 feet 0 inches, which is equal to 183 centimeters. His body weight is about 68 kg, he takes a proper diet to keep his body fit so that his body measurement is 40-32-12. His eye color is Black, and his hair color is also Black.

Rajiv was born in a prosperous Hindu family. His entire family follows Hindu rituals and worships Hindu deities. Rajiv Adatia’s father’s name was Dilip Adatia, he was a businessman in London. When Rajiv was 18 years old, his father died, after that he started working as a model, taking responsibility for his family. Rajiv Adatia’s mother’s name is Neela Adatia and she works in Marks & Spencer.

Starting his career as a model, Rajiv worked with various international brands to support his family. After Rajiv’s father’s departure, his mother showed courage without giving up even at the age of 44 and took care of her two children and helped her son Rajiv grow by working in different places.

Apart from his mother in Rajiv’s house, there is also a sister named Deepa Adatia Anand. However, apart from Deepa, Rajiv has two more Rakhi sisters whom he considers as his sister. Her Rakhi sisters are none other than Bollywood actress Shilpa Shetty and Shamita Shetty. Rajiv is close to these two sisters and appears on social media with both of them all the time.

Talking about Rajiv’s marital status, he is still unmarried. According to social media, his affair has been with TV presenter Karishma Kotak. Although their gender is also a question for the people, about which people keep asking questions on the internet. But if reports are to be believed, Rajiv’s gender is male. However, his relationship has also been with Bigg Boss 15 contestant Ieshaan Sehgal.

Talking about the total net worth of Rajiv Adatia, his net worth ranges from ₹7 crores to ₹10 crores in total. His main source of income is his event and wedding planning company with which some prominent Bollywood celebrities are associated.

Today he is known for living a luxurious life with his hard work. In the year 2021, he is taking a wild card entry as a contestant in Bigg Boss 15 where according to sources he is charging around ₹2 lakh per week.

Rajiv Adatia’s account is present on all social media platforms where he keeps sharing new pictures with his fans and followers. His account is present on Instagram where he uploads his latest photos with all the Bollywood actors and actresses. Along with this, he has good bonding with many actresses like Ranbir Kapoor’s family, Indian cricketer Mahendra Singh Dhoni, Bollywood actresses Shilpa Shetty and Shamita Shetty, and Deepika Padukone.

Rajiv has more than 550k followers on Instagram and his number of posts is more than 2.4k. He is also present on Facebook where he has more than 3.5k followers. Wikipedia has not yet covered Rajiv on its page. Apart from this, he is also present on Twitter where only 61 people follow him. In the table below, we have shared with you the links of all their social media profiles, by clicking on which you will be able to access their profile page directly.

Some Interesting Fact About Rajiv Adatia:

This is the full details on Rajiv Adatia Biography, Wiki, Age, Father, Family, Affair, Net Worth & More. Share this post with your friends and keep visiting us on celebwale.com for famous personalities and trending people’s biography with updated details. If you have any thoughts, experiences, or suggestions regarding this post or our website. you can feel free to share your thought with us.