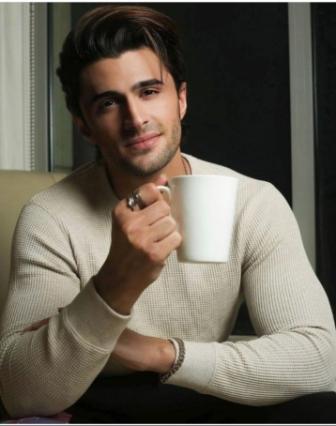 Ieshaan Sehgaal is an Indian television actor, bodybuilder, model, and former crew member who is currently known for working in the Hindi television industry. Sehgaal was born on 19 January 1994 in Delhi, India. He completed his schooling in Delhi. After the separation of his parents, he lived with his maternal grandfather. Where he was very close to his maternal grandfather. He started his career in modeling.

At the age of just 17, he got a chance to walk the ramp as a model in a fashion show in Goa. Before shifting to Mumbai in 2014, He underwent 6 months of intensive training for Airways. After this, he joined Jet Airways International as a crew member where he worked as a crew member for about 2 months. Later leaving his job, he shifted to Mumbai where he tried his luck in the field of acting in the entertainment industry.

After that, he started focusing on making his career in the acting industry. Along with acting, he also did bodybuilding to improve his look so that due to his good personality, he would soon get a chance to feature in TV shows. However, he had to struggle a lot to get his first break in the TV industry. He auditioned for roles in many TVCs, print shoots, and serials during his struggling days.

He followed his passion without wasting time and after struggling for almost 5 months, he got a chance to debut in the TV industry with MTV’s show FANAAH. In this show, he left his mark by impressing everyone with his acting. After this, he worked on another MTV show Zindagi U-Turn. He appeared in a few episodes of the serial Pyar Tune Kya Kiya which aired on the Zing channel.

Ieshaan has worked in all categories leaving no chance to act. Apart from working in TV shows, serials, and web series, he worked in music videos like Pagalpan, Viah, Shahjahan, and Goriyaan Goriyaan. Ieshaan Sehgaal shot the promo for Bigg Boss 10 in the year 2010, in which he was seen with Bigg Boss 13 contestant Mahira Sharma. This shoot had become quite viral on social media in those days and there was speculation that he is participating in Bigg Boss 10 but later he rubbished all the speculations.

Ieshaan Sehgaal’s age is just 29 years old in the year 2023. His physical appearance is very dashing which makes him stand out in the industry. After coming to Mumbai, he worked hard on his body and made it look great. Today he has maintained the body of 8 abs with his hard work. He follows a healthy diet daily and keeps doing various exercises in the gym for hours. Apart from this, he likes to take nutritious food, greens, vegetables, and fruit juices in his diet so that he can stay healthy.

Ieshaan Sehgaal’s height is 5 feet 10 inches, which is equal to 178 centimeters. His body weight is about 75 kg, he takes a proper diet to keep his body fit so that his body measurement is 40-33-15. His eye color is light brown, and his hair color is Medium Ash Blonde.

Ieshaan was born in a middle-class Hindu family. He believes in Hinduism and worships Hindu gods and goddesses. Ieshaan Sehgaal’s father’s name is not known and his mother’s name is also not known. Although both her parents have separated and he is a single mother-child. He spent most of his childhood with his mother and maternal grandfather, due to which he was very close to his maternal grandfather.

His maternal grandfather is also no longer in this world and he misses him a lot. Apart from his mother, Ieshaan Sehgaal also has a sister named Tulip Sehgaal. Talking about His marital status, he is unmarried, due to which the name of his wife is not known. He will be seen in Bigg Boss 15 in 2021 where his closeness with Miesha Iyer has increased. Ieshaan Sehgaal girlfriend’s name is Misha Iyer.

Talking about Ieshaan Sehgaal’s total net worth, his net worth is around ₹6 crores. He is one of the best actors in the TV industry and has played a lead role in many tv shows. His main source of earning is acting in TV and films. Apart from this, he works in television advertisements for different types of brands, from which his earnings are good. He also posts some sponsors on his Instagram for which he charges a good amount.

I was called for Bigg Boss OTT but I couldn’t take it as I was busy with my other projects. And this time when they approached I couldn’t say no. I have been a very big fan of the show and this was something I always wanted to. I find the concept very interesting and exciting. Now when I am getting the opportunity I am going to give my thousand per cent. Because it’s not just me but my mother is also a die hard fan of the show. Since 2013, she used to kept saying to me, Ieshaan you should definitely do Bigg Boss.”

This is the full details on Ieshaan Sehgaal Biography, Age, Height, Religion, Father, Family, Wife, Net Worth & More. Please share this post with your friends and keep visiting us on celebwale.com for famous personalities and trending people’s biography with updated details. If you have any thoughts, experiences, or suggestions regarding this post or our website. you can feel free to share your thought with us.