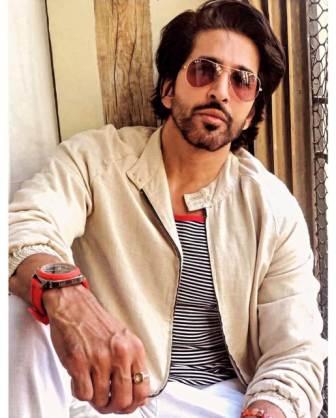 Vishal Kotian is an Indian film and television actor who has entertained the audience a lot with his stellar performances in the TV and film industry. Although he entered the TV industry a long time ago, he first got popularity through Big Magic’s popular comedy shows Har Mushkil Ka Hal Akbar Birbal. Vishal’s journey was not as easy as you understand. Vishal was born on 13 February 1985 in Dagdi Chawl, Mumbai.

This place was such that there were no resources to get any proper education. He came from a poor family and even his family can not afford 2 times meals properly. He did his schooling at Fatima High School. After this, he continued his studies and completed his graduation from Don Bosco College.

In an interview, he also revealed that when he was just 12 years old, he used to sell Salman Khan movie tickets in black outside the cinema hall Satyam Shivam Sundaram to pay for his school fees. During his college studies, he worked on his body and made a model-like body with his hard work. At the age of 18, he also won the Manhunt contest.

After graduating from commerce, Kotian obtained an MBA degree in marketing from Narsee Monjee College of Commerce. After getting his post-graduation degree, he got attracted to modeling and started his career in modeling in the year 1998. Later he also tried his hand in acting where he got success. Vishal Kotian made his debut in the TV industry with the serial Dil Vil Pyaar Vyaar in which he played the role of Vishal.

This serial was telecasted on Sony TV in the year 2002. Before this, Kotian had worked in many hit shows of the ’90s. He worked in many TV serials like Family No. 1 (1999), Shri Adi Manav (2001), Pyaar Mein Twist (2011), Ssshhhh….Koi Hai (2001). Apart from this, he made his debut in the film industry by playing the character of Suriya in the Hollywood film The Deadly Disciple released in the year 2001.

After this, in the year 2008, Vishal Kotian made his Bollywood debut with the Bollywood movie Don Muthu Swamy. Vishal started working in serials based on mythology after working in comedy and horror TV series where he played Hanuman for the first time in the serial Devon Ke Dev Mahadev. After this, he worked in Mahabharata (2014), Ravana in Vighnaharta Ganesh (2019), and Akbar Ka Bal Birbal (2020).

In the year 2014, Vishal also gave an interview to a radio jockey on a radio show which used to air on 92.7 BIG FM. In the same year 2014, he was seen playing for Delhi Dragon’s team in the Box Cricket League (BCL). Now he is seen as a contestant in Colors TV’s popular show Bigg Boss 15 in 2021.

Vishal Kotian age is 38 years old in the year 2023 and he is one of the best-known actors in the TV industry. He started his career with modeling. He started modeling from the year 1999. At that time he paid a lot of attention to his physical fitness. To maintain his body, he does various types of exercises in the gym for 2 hours every day.

He is a fitness freak who dominates social media due to his tremendous physique. He also gives a fitness mantra to the fans with his fitness. He has made 8 abs with his hard work, which makes his body attractive. After exercising in the gym, he drinks a protein shake, apart from this he strictly follows his diet. Vishal prefers to eat green vegetables only in food.

Apart from this, he also likes to eat fresh fruits and drink juice. Vishal Kotian’s height is 5 feet 9 inches, which is equal to 175 centimeters. His body weight is about 80 kg, he takes a proper diet to keep his body fit so that his body measurement is 44-34-14. His eye color is Black, and his hair color is also Black.

Vishal was born in a very poor Hindu family. His entire family believes in Hinduism and also worships Hindu deities. Vishal himself is also a devotee of Mahadev and has got his form tattooed on his chest on the left side as well as the Mahamrityunjaya shloka on the backside of his neck. Vishal Kotian’s father’s name is not known and his mother’s name is also not known.

His mother dies and he misses her very much. Remembering her mother, he also shares her photo on his social media. We could not get information about how many siblings apart from his father are there in Vishal’s house. Talking about Vishal’s marital status, he is still unmarried. The news of their affair is also present on the internet media. The name of Vishal Kotian’s girlfriend is Payal Vijay Shetty.

Both of them have been in a relationship for a long time, the news was that they were going to get married only after a year but due to Corona, they had to postpone their marriage. After this, he is now planning to get married by the end of 2021. However, he has refused to say anything about his future wife Payal Vijay Shetty.

Talking about the total net worth of Vishal Kotian, his total net worth ranges from around ₹13 crores to ₹15 crores. His main source of earnings is acting in TV serials and shows. Apart from this, he has also appeared in many TV commercial ads. Vishal also promotes many products on his Instagram account, for which he takes good money as a fee. He also has two vehicles with which he likes to come and go anywhere. Vishal owns a white-colored Bullet bike and a Mercedes Benz C250 car.

Vishal Kotian’s social media account is present only on Instagram, where he remains very active. He has more than 190k ​​followers on Instagram and his number of posts is more than 300. Many photoshoots while flaunting his body on his Insta profile are viral. Vishal Kotian is a fitness freak and handsome hunk person who dominates social media with his tremendous physique. He also gives fitness goals to the fans with his fitness on his Instagram account.

Kotian is also covered by Wikipedia on its page. Apart from this, his account is not present on Facebook but he has an account on Twitter, where he has more than 1k followers. In the table below, we have shared the links of all their social media profiles with you, by clicking on which you will be able to access their profile page directly.

Some Interesting Facts About Vishal Kotian:

“I faced a lot of challenges coming into this because from where I come, people don’t even have clothes to wear, forget about wearing good clothes. So luckily, my mom and dad put me in a very good school because they realized that if I have to go from here to make it big in life I need to have a good education,”

“They didn’t have the money to pay fees. My mom used to not eat for days. She used to make rice and she used to drink that starch ka paani and give us rice. So I came from there,”

This is the full details on Vishal Kotian Biography, Age, Height, Wife, Father, Family, Girlfriend, Net Worth & More. Please share this post with your friends and keep visiting us on celebwale.com for famous personalities and trending people’s biography with updated details. If you have any thoughts, experiences, or suggestions regarding this post or our website. you can feel free to share your thought with us.