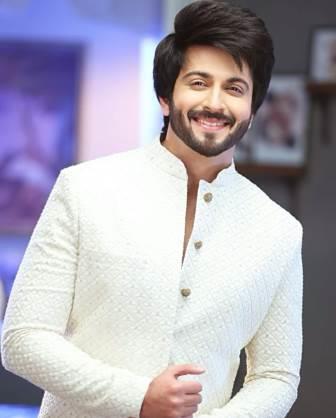 Dheeraj Dhoopar is an Indian television actor who works in Hindi television serials. He is known for playing Prem Bharadwaj in Colors TV serial Sasural Simar Ka and Karan Luthra in Zee TV serial Kundali Bhagya. He was born on 20 December 1984 in New Delhi, India. He completed his early education in New Delhi itself. Apart from his studies, he was also active in extracurricular activities. He used to participate in drama and modeling shows in college.

After winning a modeling show in college, he was offered a diploma course in fashion design as a prize. After completing his studies he moved to Bangalore where he did more than 100 commercials as a model for brands like Maruti Suzuki, Parker, Dabur Honey, Samsung Galaxy, and Videocon Mobile. After that Dhoopar did a diploma in fashion design and was confident of making a career as a ramp model, but due to his height, he could not succeed in that field. After failing as a ramp model, he decided to make a career in acting.

He made his television debut with the role of Ansh in the Colors TV serial Maat Pitaah Ke Charnon Mein Swaarg. He played the role of Bhavesh Patel in Star Plus serial Behenein, Sushant in Mrs. Tendulkar, and Shikhar in Zindagi Kahe – Smile Please. After that, he played the role of Prem Bharadwaj opposite Deepika Kakar in Colors TV’s popular serial Sasural Simar Ka.

After that from 2017-2022, he played the role of Karan Luthra in Zee TV’s popular show Kundali Bhagya. Dhoopar took paternal leave in 2022 after his wife conceived. In the same year, he appeared in Colors TV’s new serial Sherdil Shergill in the role of Rajkumar Yadav opposite Surbhi Chandra. He joined the Colors TV dance reality show Jhalak Dikhhla Jaa as a contestant.

Dheeraj Dhoopar’s age in 2023 is 38 years and his height is 5 feet 5 inches, which is equal to 165 centimeters. His body weight is about 80 kg, he takes a proper diet to keep his body fit so that his body measurement is 40-32-14. His eye color is Black, and his hair color is also Black.

Dhupar was born in a middle-class Hindu family in New Delhi. His family believes in Hinduism. Dheeraj Dhoopar’s father’s name is Sushil Dhoopar and his mother’s name is Veena Dhoopar. Apart from his parents, he also has an elder brother Gaurav Dhoopar. His marital status is married. Dheeraj married television actress Vinny Arora on 17 November 2016. The two met for the first time on the sets of the TV serial Maat Pitaah Ke Charnon Mein Swaarg, which was also Dheeraj’s debut serial. Dheeraj’s wife Vinny Arora Dhoopar gave birth to a son named Zayn Dhoopar in 2022.

The total net worth of Dheeraj Dhoopar is around ₹30 crores to ₹35 crores. He charges more than ₹1 lakh per episode in serials. He also has a luxury house in Mumbai where he lives with his wife and children. Apart from this, Dhoopar earns good money from many reality shows and brand advertisements.

Some Interesting Facts About Dheeraj Dhoopar:

This is the full details on Dheeraj Dhoopar Biography, Age, Height, Family, Wife, Daughter, Net Worth & More. Please share this post with your friends and keep visiting us on celebwale.com for famous personalities and trending people’s biography with updated details. If you have any thoughts, experiences, or suggestions regarding this post or our website. you can feel free to share your thought with us.