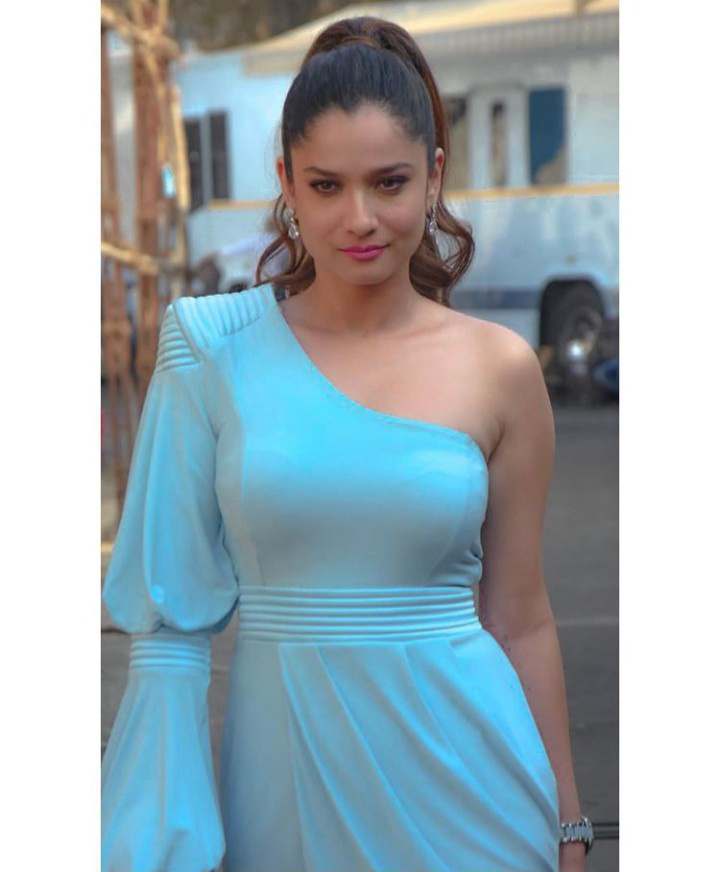 Ankita Lokhande was born on December 19, 1984, in Indore, India, to a Maharashtrian family. His father Shashikant Lokhande is a banker, while his mother Vandana Pandis Lokhande is a teacher. Ankita was not much interested in education. She did her schooling in Indore and also graduated from Indore.

She has a younger brother and a sister named Sooraj Lokhande and Jyoti Lokhande. Ankita has always been passionate about theater. After graduating from school and university in 2005, she left Indore and moved to Mumbai to become an actress. Ankita was a state-level badminton player in her college life.

Ankita Lokhande is a Bollywood film and television actress known for playing role in Zee TV’s Pavitra Rishta as well as also participating in Colors TV’s reality dance series, Jhalak Dikhhla Jaa 4. In January 2019, her first film, the war drama Manikarnika: The Queen of Jhansi, in which she played the warrior Jhalkaribai, was released and performed fairly well at the box office. After this Lokhande is one of the highest-paid actresses on Indian television.

Ankita Lokhande is a TV artist who has been very much liked by the audience since her debut serial Pravitra Rishta. After that, she also worked in Jhalak Dikhhla Jaa Season 4, after which she was also seen in Comedy Circus with Kapil Sharma. Ankita made her Bollywood debut with Manikarnika The Queen of Jhansi. Here are some details about him that will help you know more about Ankita.

By the way, Ankita Lokhande is a TV artist, and after winning the hearts of viewers on TV, she also tried her luck in films. Last year she worked with Kangana Ranaut in Manikarnika The Queen of Jhansi and the movie proved to be a huge hit. But she has not done much work in films, she is seen mostly in TV serials.

She has received many awards in her life. The first award of her life was Boroplus Gold Award for Best actress lead role in Pavitra Rishta.

Ankita has been an athlete since her college, she has also been a state-level badminton player during college. So that her body is athletic and is very fit. But she had an acting worm since childhood so she could not stop herself from coming to Mumbai. Her brown eyes and blackish hair are so attractive.

Ankita Lokhande had worked with Late Sushant Singh Rajput in the Pavitra Rishta TV serial where they started dating each other in 2010, so we can say that Ankita’s first love was Sushant Singh. This relationship lasted for about 6 years and in 2016 the two separated.

Here, is a list of favorite things of Ankita

Ankita Lokhande’s total net worth is around ₹ 23 crores. She charges up to ₹1 lakh per episode for working in serials. Apart from this, she has also worked in some Bollywood movies where she charged ₹ 20 lakhs. She also earns good money from brands and endorsements.

Q. What does Vicky Jain do?

Ans. Vicky Jain is a businessman and he is a co-owner of Mahavir Inspire Group, this group is a leading business house in coal trading, washery, real estate, logistics, powerplant, and diamond.

Ans. Maybe Ankita got married soon to Vicky Jain because she got engaged to businessman Vicky Jain.

Q. What is the real age of Ankita Lokhande?

Ans. The birthdate of Ankita Lokhande is 19 December 1984 and her real age is about 36 years old.

Q. Does Ankita Lokhande have a baby?

Ans. No, Ankita does not have a baby or nor does she adopts any baby because she is unmarried now. The picture she uploaded of the twin’s baby was not of her children, but she is the aunty of both children.

Q. Who is the current boyfriend of Ankita Lokhande?

Ans. According to the media reports, Vicky Jain is the current boyfriend of Ankita Lokhande.

This is the latest information on Ankita Lokhande Biography, Age, Height, Husband, Marriage, Family, Net Worth & More. Share this post with your friends and keep visiting us on celebwale.com for famous personalities and trending people’s biography with updated details. If you have any thoughts, experiences, or suggestions regarding this post or our website. you can feel free to share your thought with us.