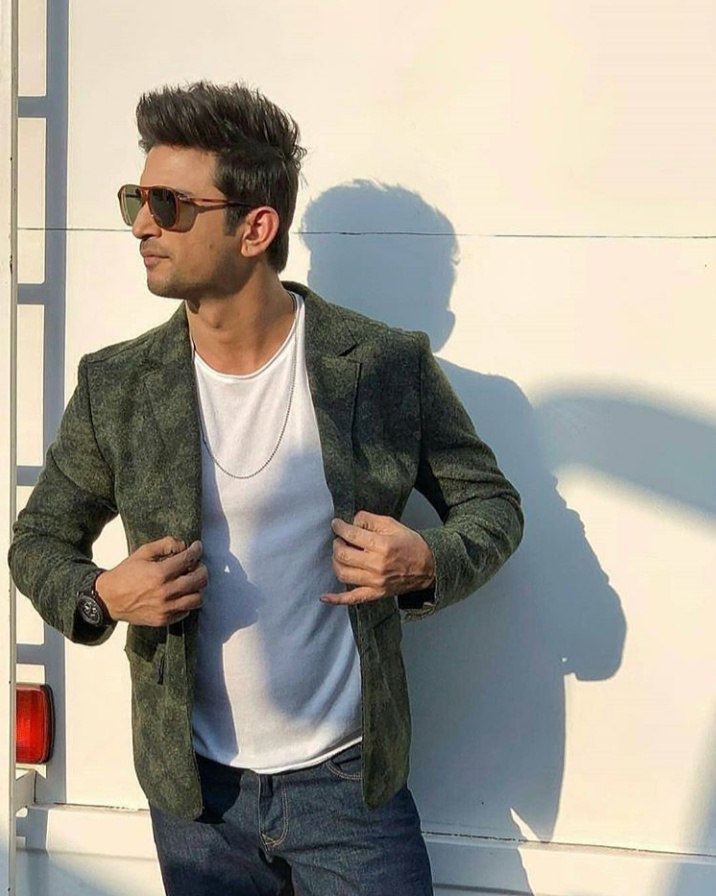 Talk about Sushant’s early life, Sushant Singh Rajput was born on 21 January 1986 in Purnea district Bihar. He has been very brilliant in his studies since childhood. He was so fond of astrophysics that he had also won the scholarship of the National Olympiad in Physics through his hard work.

However, at the time of graduation, his interest turned to Bollywood. One reason for his interest in Bollywood is that he was a big fan of Shah Rukh Khan and he decided to go to Bollywood while studying engineering. For this, he started learning dance by joining Shiamak Davar’s dance class during his studies.

When he was in the final semester of his third year of engineering, he decided to do theater and also started doing theater under the direction of theater director Barry John. Later, Rajput said in response to a question that he felt so much in dance and theater that he no longer wanted to leave it but wanted to continue.

Sushant played a background dancer in the Dhoom 2 movie song Dhoom Again and behind Aishwarya Rai at the 2006 Commonwealth Games finale. Later he left his engineering studies in the early fourth year to pursue a career in arts and performance.

After this he moved to Mumbai, while doing his career in the theater industry, he did a variety of odd jobs and some minor roles to earn his living. Sushant then joined Nadira Babbar’s theater where he remained for two and a half years. While he was working in the Prithvi theater, Sushant got an eye on the casting team of Balaji Telefilm.

He was later called to audition for a TV serial Kis Desh Mein Hai Meraa Dil in 2008, in which he succeeded. After being successful in auditions, she was cast for the show and made her entry in the seventh episode of the show.

He got a role in the TV serial but his character was killed only after a few episodes of the show but due to his good acting performance, he became popular among the audience in so few episodes. His acting impressed the show’s producer Ekta Kapoor after which Ekta cast Sushant to play the lead character in his new TV series Pavitra Rishta. Sushant’s role in Pavitra Rishta was titled Manav Deshmukh, who was an ideal son and husband, and his supporting actress Ankita Lokhande in the lead role.

Sushant’s acting in this TV serial was well received and loved by the audience so that he became a popular actor in the television industry, as well as discussions about his relationship with Ankita Lokhande started in the TV corridors. Sushant got a lot of awards for the Pavitra Rishta and also won the title of Best Actor at the Indian Television Academy Awards in the year 2010.

She then joined the Mast Kalander Boys team in the dance reality show Zara Nachke Dikha, in which her team performed for Sushant’s mother in special episodes of Mother’s Day who had gone from this world. His dance was praised by everyone in the show and in the same year he participated in the dance competition show Jhalak Dikhhla Jaa where he was the runner-up.

Sushant was an Indian actor. He started his career with television serials and his debut show was on Star Plus’s romantic drama Kis Desh Mein Hai Mera Dil. But he came into the limelight by playing the role of a character of ‘Manav Deshmukh’ in Zee TV for Pavitra Rishta.

Sushant also appeared in many Bollywood films in his less than a decade career. He has worked in many movies, some of which have crossed the 100 million mark at the box office, MS Dhoni – The Untold Story, Chhichhore, Kedarnath, and PK. But his life was very short and he took suicide at his home in Mumbai on 14 June 20 at the age of 36 and we left all the fans and left this world.

Sushant Singh Rajput’s age is 59 years old. Talking about the physical appearance of his body, Rajput’s height is 6 feet 0 inches, which is 183 cm. His bodyweight is 64 kg which is equal to 141 lbs. His eye color is dark brown and his hair color is also black.

Talking of Sushant’s family, his family consisted of his 4 sisters Priyanka, Mitu, Neetu, and Shweta, besides his father Krishna Kumar aka KK. He was the youngest brother among four sisters.

Her sister Priyanka Singh is a practicing lawyer in Delhi High Court and her husband Siddharth Tanwar is also a lawyer in Delhi. Another sister Mitu Singh who is a state-level cricketer. The third sister Neetu Singh, who was fondly called Rani Di, is the wife of Haryana ADGP Om Prakash Singh.

And to talk about the fourth sister Shweta Singh Kirti, she started her career in 2005 as a beauty consultant in the famous cosmetic brand L’Oréal. She later joined Celebrity Fashion Ltd. By pursuing a fashion designing course before going into modeling. According to her LinkedIn profile, she worked with Salman Khan and Shilpa Shetty in the 2008 film Phir Milenge.

Keerthi holds 3 post-graduate college degrees, 2 bachelor’s degrees, and has an MBA degree from San Jose State University. He is currently a successful entrepreneur in California. She is the owner of the Damra Kids Child Care Center located in Livermore. Shweta Singh married Vishal Kirti in 2007, who is an Electronics and Communication Engineer. They also have two children. Sushant’s father Krishna Kumar lives in his old house in Patna.

Sushant was very good in studies since childhood and was more interested in astrophysics, so he also won the National Olympiad scholarship in Physics.

According to Rajput, he did not want to do engineering at all, due to pressure from a family member, he gave the engineering entrance exam AIEEE (now JEE Main) in 2003 and got the All India 7th rank, and took admission in Mechanical Branch of Delhi College of Engineering.

He preferred to become an astronaut instead of becoming an engineer and also wanted to become an air force pilot. He was also very interested in Bollywood and he was a big fan of Shah Rukh Khan, due to a lack of interest in engineering, he left engineering in the third year and started doing theater.

Sushant was very active on his social media accounts and loved his fans very much. He followed many people who were his fans on his Instagram accounts, and who loved him a lot.

He was a very lively actor. In such a situation, he was probably the actor in the Bollywood industry who used to follow his fans as well, in which he was very popular among his fans.

Because of this, Instagram has written remembering in front of his name on his Instagram account. With this, Sushant’s account will be on Instagram as a memento. Here is the link to Sushant Singh Rajput Social Media Accounts. Go and check out his accounts.

Sushant Singh Rajput had taken suicide in his room on 14 June 2020 and his death date is also 14 June 2020, although no suicidal note of his was recovered from there by Mumbai Police. But his body was taken for post-mortem from there and a 3-member team of doctors was formed for the post-mortem and submitted their first report to the police.

According to the post mortem report, Sushant died due to suffocation from hanging. Sushant’s death is surrounded by a lot of controversies, if you believe the post-mortem report, he has committed suicide, but those who know him say that Sushant can never commit suicide. He was killed under a conspiracy.

There was a lot of resentment after his departure, and the family was not ready to believe that Sushant hanged himself on the noose. Therefore, the demand for CBI to investigate his murder was arising, for which the Supreme Court was approached.

After a few days of debate, the Supreme Court handed over the investigation of the case to the CBI. Since then, CBI has been engaged in solving the mystery of Sushant’s death or suicide. So far no official statement has come from the CBI so that it is not clear that he had committed suicide or he was killed.

A. Sushant Singh Rajput had never married, so he has no wife. Although, he had 2 girlfriends, Ankita Lokhande and Riya Chakraborty. He started his career with a program called Zee TV Pavitra Rishta in which he played a husband and wife role opposite Ankita Lokhande. According to some media reports, Sushant and Riya were about to get married soon.

A. Sushant was born in the Maldiha village, Purnea district in the state of Bihar.

Q. Who is Priyanka Singh Rajput?

A. Priyanka Singh Rajput is the sister of late Bollywood actor Sushant Singh Rajput and also she is a professional lawyer in Delhi.

Q. When was Sushant Singh Rajput born and died?

A. Sushant Singh Rajput was born on 21 January 1986 in Maldiha Village of Purnea district, Bihar. And died on 14 June 2020 in Mumbai, Maharashtra.

This is full details on Sushant Singh Rajput Biography, Birthday, Age, Wife, Death Date, Family, Net Worth & More. Share this post with your friends and keep visiting us on celebwale.com for famous personalities and trending people’s biography with updated details. If you have any thoughts, experiences, or suggestions regarding this post or our website. you can feel free to share your thought with us.