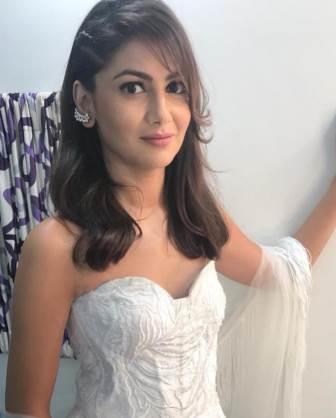 Sriti Jha is an Indian television actress famous among Hindi audiences for her role as Pragya in the Zee TV show Kumkum Bhagya. She was born on 26 February 1986 in Begusarai, Bihar. After birth, his family shifted to Kolkata. After some time his family shifted to Kathmandu, Nepal. Sriti also got her early education from Modern Indian School in Kathmandu.

After spending a few years in Kathmandu, his family once again shifted to New Delhi. She completed her high school at Laxman Public School, Delhi. She joined Sri Venkateswara College in Delhi for her higher studies from where she obtained a Bachelor of Arts degree in English.

After completing her graduation, she moved to Mumbai to try her luck in acting. After giving a few auditions in 2007, she finally got a chance to debut in the industry with Disney India’s teen drama show Dhoom Machaao Dhoom. She played the character of Malini Sharma in the show.

In 2008 she worked as Sunaina Gupta in the 9X channel show Jiya Jale. In 2009, she played the character of Suhani in the Star Plus serial Shaurya Aur Suhani. In 2009, her role as Sudha/Devika Sharma in the Zee TV show Jyoti was liked by the Hindi audience. She also worked in Colors TV’s popular serial Balika Vadhu in 2013.

Her role as Pragya in the Zee TV serial Kumkum Bhagya which aired in 2014 was loved by the audience. She became famous in the industry due to her role. This serial was telecasted on Zee TV for more than 7 years. In 2022, she is seen as a contestant in Colors TV’s popular thriller show Khatron Ke Khiladi 12.

Sriti was born in a Hindu Brahmin family in Begusarai. His entire family believes in Hinduism and worships Hindu deities. Sriti Jha’s father’s name is Mithilesh Jha and her mother’s name is unknown. Apart from her parents, she also has an elder sister named Meenakshi Jha. Her marital status is still unmarried. Sriti has had an affair with her own actor. Her name has been associated with her serial co-actors Harshad Chopra and Kunal Karan Kapoor.

Sriti Jha’s total net worth is around ₹31 crores. She charges around ₹1.5 lakh for every episode. Her main source of earnings is from tv ads and acting in TV serials. In 2022, she is participating as a contestant in Colors TV’s popular show Khatron Ke Khiladi 12 where she is being given an amount of ₹5 lakh per episode.

Some Interesting Facts About Sriti Jha:

This is the full details on Sriti Jha Biography, Age, Height, Family, Husband, Sister, Net Worth & More. Share this post with your friends and keep visiting us on celebwale.com for famous personalities and trending people’s biography with updated details. If you have any thoughts, experiences, or suggestions regarding this post or our website. you can feel free to share your thought with us