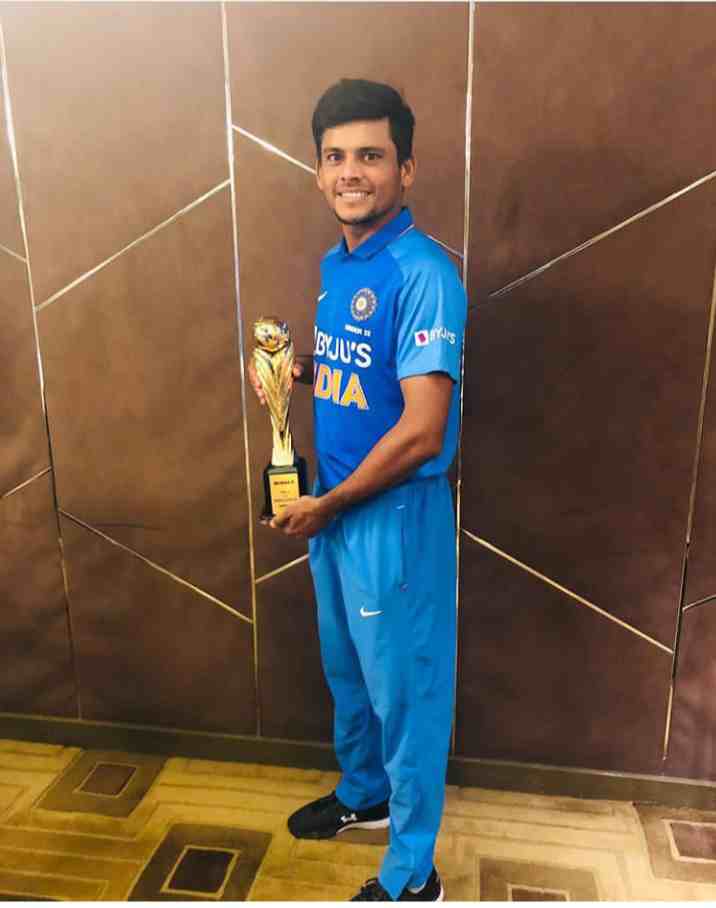 Priyam Garg was born on 30 November 2000 in Meerut Uttar Pradesh. His father’s name was Naresh Garg who was a driver in the Department of Health and Social Care and his mother had passed away due to terminal illness when Garg was at the age of 11.

Priyam Debuts in Domestic T20 match, UP vs MAHARASHTRA on 21 February 2019. He was selected as the captain of the Under-19 cricket world cup in December 2019.

Some Facts about Priyam Garg:

He considers Sachin Tendulkar as his idol. Once in an interview, he said-

This is the full details on Priyam Garg Biography With Full Updated Details. Share this post with your friends and keep visiting us on celebwale.com for famous personalities and trending people’s biography with updated details. If you have any thoughts, experiences, or suggestions regarding this post or our website. you can feel free to share your thought with us.