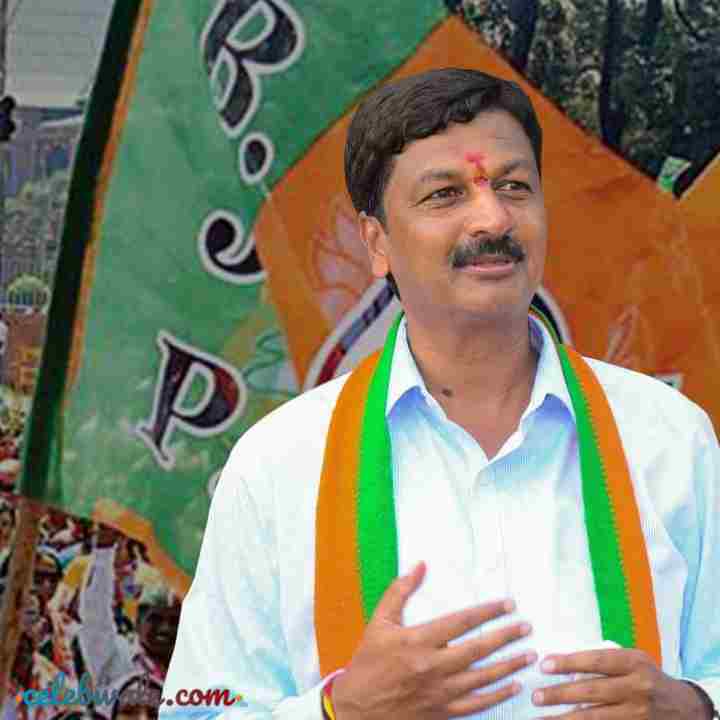 Ramesh Jarkiholi was born on 1 May 1960 in Belgaum, Karnataka. He is named as the Other Backward Class from the Balmiki Nayak community in India’s reservation system. Ramesh has four more brothers beside him and a total of 5 brothers who are active in all politics. Ramesh’s three brothers are associated with Congress and two are with the BJP. Among all these brothers, Ramesh is the eldest who is 60 years old.

His father was a powerful businessman with a sugar business. He did his studies at Belgaum. After that, completing his graduation, he supported his father’s business. Later Ramesh Zarkiholi first contested from the Karnataka assembly constituency by joining the Congress party in 1999. He defeated Naik Chandrashekhar Sadasiva of Janata Dal-United by more than 55 thousand votes in this election.

He was then elected to the Karnataka Legislative Assembly for the first time. Kizarakiholi then won the 2004 election against Muttanavar Mallappa Laxman of the Bharatiya Janata Party by more than 15000 votes. In the 2008 Karnataka Assembly elections, he defeated the Janata Dal candidate Ashok Ningaiya Pujari by more than 7000 votes.

Jarakiholi then retained his Gokak assembly by defeating Ashok Ningaiya Pujari of the Janata Dal once again in 2013 by over 28,000 votes, he was retained as a member of the Karnataka Legislative Assembly. The Jarkiholi family has ruled the Gokak constituency of Belgaum in Karnataka for 15 years. Three members of his family have been contesting from different political parties from Ramesh Jarkiholi Gokak Assembly, Balachandra Jarkiholi Arbhavi Assembly, and Satish Jarkiholi Yamakanamaradi Assembly.

Ramesh Jarkiholi’s brother Satish Jarkiholi is the current member of the Karnataka Legislative Council representing the Yamakanamaradi constituency in the Belgaum district of Karnataka. Over the years, powerful families were more interested in the Sugar business. Zarkiholi entered the business in the early 2000s.

He expanded the area as a sugarcane belt, capturing the traditional sugar industry of Mandya in the old Mysore region which increased his family income. The Jarkiholis family then closed their illicit liquor business and began to expand the sugar business. When Ramesh Jarkiholi won his electoral victory in the Gokak region of the Belgaum district, he established five sugar factories by making the region his stronghold.

The names of all five of their sugar factories are as follows.

But on 9 December 2019, he again stood for the assembly elections on a BJP ticket, where he defeated his nearest youngest brother Lakhan Jarkiholi, who was standing for the Congress party, by around 30,000 votes. Today he is a well-known face in the politics of Karnataka. Those who have flagged their victory in several consecutive constituent elections.

Karnataka Water Resources Minister Ramesh Jarkiholi has been accused of sexual exploitation. In this case, social worker Dinesh Kallahalli lodged a complaint with the Commissioner of Police and demanded protection for the victim. At the same time, the Bangalore Central DCP also confirmed this, saying that we have lodged a complaint against Dinesh Kallahalli against Ramesh Jarakholi.

This time the matter is very serious because the state Water Resources Minister Ramesh Kijarkhiholi has been accused of sexual exploitation, as well as a CD of the case has been leaked. It is being claimed that the video of the minister on the CD is accompanied by an audio clip. However, the Karnataka Police has started an investigation into the matter. It is alleged that the victim had gone to the minister, during this time the minister abused her and also asked her to have a physical relationship in exchange for a job.

During this time the woman recorded the entire incident, after which the woman was feeling the danger of her life, on which she contacted social worker Dinesh Kallahalli. After this Kalahalli approached the police with a complaint on behalf of the woman. According to Kallahalli, he had gone to the police and handed over the recorded audio-video clip of the woman to the commissioner and also asked the commissioner to conduct an unbiased investigation into the incident.

According to the Karnataka Police, an investigation has been started in the case following the instructions of the commissioner. He did not meet when the media tried to contact Ramesh Jarkiholi in this matter. After such a big charge, the BJP government and Minister Jarkiholi have come under attack from the opposition in Karnataka.

On Tuesday, a large number of Congress activists gathered and demonstrated against him and he is also demanding the resignation of the minister. According to Congress, there will be no fair inquiry into the matter until the ministers resign from their posts.

Ramesh Jarkiholi belongs to the Belgaum, Karnataka. He is the current leader of BJP and also a Member of the Karnataka Legislative Assembly. He takes very good care of his health and takes regularly fresh fruits and green vegetables to maintain the charm of the body.

Ramesh Jarkiholi’s age is 61 years old. Talking about the physical appearance of his body, Ramesh’s height is 5 feet 6 inches, which is 168 cm. His body weight is 67 kg which is equal to 147 lbs and Jarkiholi’s body measurement is not known. His eye color is black and his hair color is also black.

His net worth has been growing significantly since the year 2000 when he was elected for the first time from the Gokak Constituency in Belgaum. Then he started 5 sugar mills time since 2000 he earned a lot of money from each mill. In 2021 Ramesh Jarkiholi’s income source is mostly from being a successful Politician. We have estimated Ramesh Jarkiholi’s net worth, money, salary, income, and assets. He has also run a steel plant industry.

Some Interesting Facts About Ramesh Jarkiholi:

Disclaimer: All images are available on the Ramesh Jarkiholi official Instagram Account. Images can be taken from his official Instagram account for educational purposes. Image Credit goes to the respective owners of the Image Creator. We try to gather accurate data but sometimes there might be some mistakes, Kindly let us know if you find mistakes, and we would correct them. We do not take any Guarantee/Claim That the information we have gathered is 100% correct.

This is the full details on Ramesh Jarkiholi BJP Leader Wikipedia, Bio, Karnataka Minister, Age, Height, Wife, Son, Video CD, Family, Net Worth & More. Share this post with your friends and keep visiting us on celebwale.com for famous personalities and trending people’s biography with updated details. If you have any thoughts, experiences, or suggestions regarding this post or our website. you can feel free to share your thought with us.