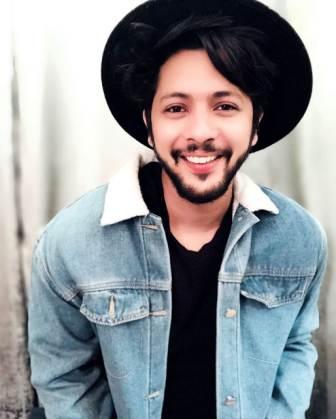 Nishant Bhat is one of the finest Indian Dancers and Choreographers who has entertained people with his dancing talent by participating in many dance TV reality shows. Nishant was born on 8 April 1995 in Mumbai, Maharashtra. Despite being born into a good family, he had to face many difficulties to live his life.

Nishant did his schooling in Mumbai itself, after which he also completed his graduation while continuing his studies. When Nishant was in his youth, his family had to suffer a lot in business, after which his entire family used to sell dosa by putting a car on the way. Due to financial constraints, Nishant himself used to make dosa from 6 pm to 10 pm after coming from his school.

He used to make very good dosa and the customers also liked to eat dosa from his hand. Along with this, he also used to make good vada pav. He used to take 30 rupees from the galley and go to his college. He has seen so much in such a short time and has struggled a lot in life, due to which he has become a tough person.

Now he does not feel so much seeing people emotionally because he has already seen a lot in his life. He used to participate in various events in his college, due to which he started taking interest in dance. He first appeared as a contestant in the dance TV show Boogie Woogie as a choreographer.

After this, he got attracted to dance and got rigorous training to become a trained dancer. His hard work paid off and he auditioned to take part in some dance reality shows. He then joined the first season of Colors TV dance reality show Jhalak Dikhhla Jaa as a choreographer in 2007.

In this dance show, he offered his scintillating dance performance, due to which the judges of the show were quite impressed. In 2010, Nishant choreographed dance for actress Ankita Lokhande in Jhalak Dikhhla Jaa Season 4. After joining this show, the bonding of both became quite good and he became popular among the fans as a good friend.

Later Nishant choreographed dance for TV actress Gia Manek in Jhalak Dikhhla Jaa Season 5. He is also the best friend of the Bollywood actor Late Sushant Singh Rajput. Apart from this, he has also worked with some of the famous film directors and choreographers of Bollywood, like Remo D’Souza, Puneet Pathak, and Karan Johar.

Apart from dance and choreography, Nishant Bhat worked as an actor in Channel V’s show Gumrah, hosted by Karan Kundrra, to hone his acting skills. Nishant Bhat also played the role of a choreographer in the television show ‘Aasman Ke Aage’ which was a dance show. He has given dance training to children as a dancer in Madhuri Dixit’s Dance Academy.

Nishant is showing his great game in Bigg Boss 15 also and he is the first such choreographer in the history of Bigg Boss who is participating in the show. Apart from being a choreographer, he is also getting support from the choreography community. Nishant Bhat was also appreciated by Farah Khan in last weekend’s Ka Vaar. Farah had said that Nishant would soon adapt to the game of BB15 as well.

Nishant Bhat’s age is 27 years old in the year 2023. He is a trend dancer and choreographer who has participated in all the TV shows as a choreographer. The secret of Nishant’s fitness is also related to his dancing. Dancing is a great way to stay fit. This is a full-body exercise that also gives you fun. Nishant Bhat has also made dancing a part of his daily routine so that he looks fit and fresh. Dancing acts like a mood enhancer for them. He mainly tells dancing as the secret to his fitness and he trains in the gym to increase his strength.

Apart from this, he likes to do cardio so that his stamina increases. Performing dance moves requires a lot of strength, so he never forgets to do strength-building exercises in the gym as well. Talking about Nishant’s diet, he takes the diet as very simple and healthy. Before dancing, he takes light food or easily digest food such as green fruits or nuts.

Apart from this, he eats a good amount of carbohydrates and also stays well hydrated. His lunch and dinner include lentils, veggies, curds, chapatis, and rice. Nishant Bhat’s height is 5 feet 8 inches, which is equal to 173 centimeters. His body weight is about 68 kg, he takes a proper diet to keep his body fit so his body measurement is 40-32-12. His eye color is Black, and his hair color is also Black.

Nishant was born into an upper-middle class where his entire family believes in Hinduism and worships Hindu deities. Nishant himself worships Lord Ganesha. Despite being born into a good family, he had to struggle a lot in life. When he was young, his family suffered a loss in business, due to which his entire family used to sell dosa in a car on the road.

He used to make dosa and vada pav from 6 pm to 10 pm after coming from his school. After this, he used to go to his college with 30 rupees from his daily earned money. Nishant Bhat father name is not known and her mother name is Kavita Bhat. Apart from his parents in Nishant’s family, there is also an elder brother named Amit Bhat.

Talking about marital status of Nishant, he is still unmarried. If rumors are to be believed, then his affair has been with actress Naina Singh. After participating in Bigg Boss OTT, Nishant’s name was also linked with Moose Jattana. Both were seen very close to each other in the show and the chemistry between them could be seen.

Talking about the total net worth of Nishant Bhat, his net worth ranges from around ₹4 crores to ₹7 crores. His main source of earnings is doing choreography in TV shows where he charges around ₹25k to ₹30k every week. Apart from this, Nishant was also seen in Bigg Boss OTT where he was the first runner-up of the show.

Some Interesting Facts About Nishant Bhat:

It’s a very long conversation, but to cut it short, I would just say that [I’m] grateful for the past 15 years. I’ve been a choreographer, dancer, assistant and in today’s time, I am doing very well. I have been a part of all the possible best shows, even during the lockdown, I had to say no to some shows because of the dates.

But to get here also has not been easy, because it is quite a difficult position and designation. Every day there are new dancers coming, formats changing, and to survive all that and still have a show and be part of the best shows, I think it’s taken me 15 years to reach here which is quite long, so I think that’s the hardship.”

But after that, it just didn’t happen because new dancers started coming in, new shows started happening and I never participated in any show as a contestant, I have always been a choreographer. So they stopped calling me and there were like 4-5 years when there was no work for me.

There was no money happening for me, so it was a tough phase. It was quite a bad time. But I never gave up. I was still struggling and I went back to dancing and assisting. I have this quality that I don’t give up so easily if I want something I get it.”

This is the full details on Nishant Bhat (Choreographer) Age, Family, Girlfriend, Biography, Net Worth & More. Please share this post with your friends and keep visiting us on celebwale.com for famous personalities and trending people’s biography with updated details. If you have any thoughts, experiences, or suggestions regarding this post or our website. you can feel free to share your thought with us.