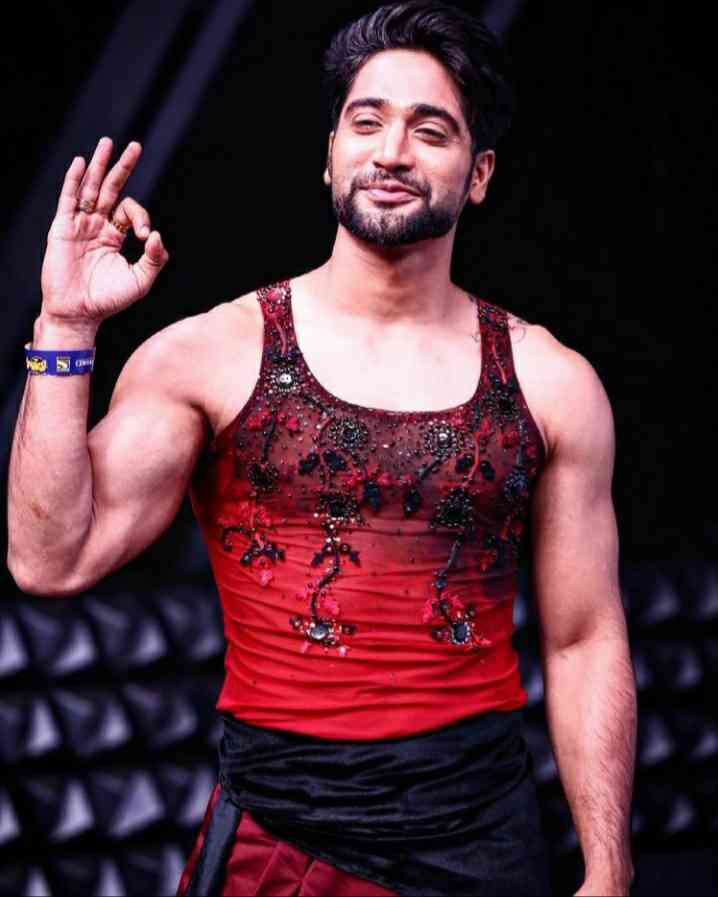 Sanam Johar is an Indian dancer and choreographer known for his contemporary and ballet dance styles. He has participated in many dance shows aired on TV as a contestant and choreographer. Sanam was born on 26 April in New Delhi. He did his early schooling in New Delhi itself. After this, he completed his graduation from Hindu College affiliated with Delhi University.

He had completed his graduation in Physics. Sanam, who was fond of dancing since childhood, had decided to make a career in dance after completing his graduation. He took admission to the Imperial Fernando Ballot Company Institute in New Delhi to get dance training. Where he took training in dancing from his mentor Fernando Aguilera.

After training in dance, he moved to the city of dreams, Mumbai, where he participated as a contestant in Season 3 of Zee TV’s dance show Dance India Dance in 2011. He made it to the final of the season by impressing the judges with his scintillating dance performance. Sanam was the third runner-up of Dance India Dance Season 3.

In September 2020, Sanam Johar and his wife actress Abigail Jain were among the actors summoned by the Narcotics Control Bureau (NCB) for questioning over a drug dispute related to the death of Sushant Singh Rajput. He was accused of allegedly taking drugs. Mumbai NCB had registered a case of drug abuse against Sanam and Abigail under Section 20 of the NDPS. According to sources, a significant amount of charas was allegedly found at the residence of Johar and Pandey.

Sanam Johar’s age is 32 years in 2023. His physical appearance is amazing. He looks quite total with his body look. He is a well-known dancer and choreographer in the television industry. His dance moves are very difficult, which warms up his body, but apart from this, he exercises for hours in the gym to keep himself fit. Apart from working out in the gym, he also takes great care of his diet and follows strict diet rules. He consumes green vegetables in his food.

Apart from this, he consumes fruit juices daily, so that his body can remain healthy and agile. Sanam Johar’s height is 5 feet 11 inches, which is equal to 180 centimeters. His body weight is about 72 kg, he takes a proper diet to keep his body fit so that his body measurement is 42-31-14. His eye color is Brown, and his hair color is Black.

Sanam was born in a middle-class Sikh family. His entire family believes in Sikhism. Sanam Johar’s father’s name is not known and his mother’s name is Kamini Singh. Sanam’s father died when Sanam was quite young. Apart from his mother, there are two sisters in Sanam’s family, whose names are Deepshikha Johar and Karishma Johar. Talking about Sanam’s marital status, he is married.

He married his girlfriend Abigail Jain a few years back. Both were dating each other for more than 6 years. Sanam and Abigail first met in the year 2014, and since then both are dating each other, finally, they decided to come and get married. And a few years back, both of them got married. Sanam is quite happy in married life with his wife. Sanam’s wife’s name is Abigail Jain.

Sanam Johar’s account is present on all social media platforms. His account is available on social media portals like Facebook, Twitter, and Instagram where he keeps sharing his latest photos and dance videos with his fans and followers. He has more than 510k followers on his Instagram account and his number of posts is more than 850. He is followed by more than 300k people on Facebook. Apart from this, he is also present on Twitter where the number of his follower is more than 9k.

Sanam Johar has not yet been given a place on his page by Wikipedia, apart from this he does not have any YouTube channel. In the below table, we have shared with you the links of all their social media platforms, by clicking on which you will be able to access their profile page directly.

Some Interesting Facts About Sanam Johar:

This is the full details on Sanam Johar (Dancer) Biography, Age, Height, Father, Family, Wife, Net Worth & More. Please share this post with your friends and keep visiting us on celebwale.com for famous personalities and trending people’s biography with updated details. If you have any thoughts, experiences, or suggestions regarding this post or our website. you can feel free to share your thought with us.