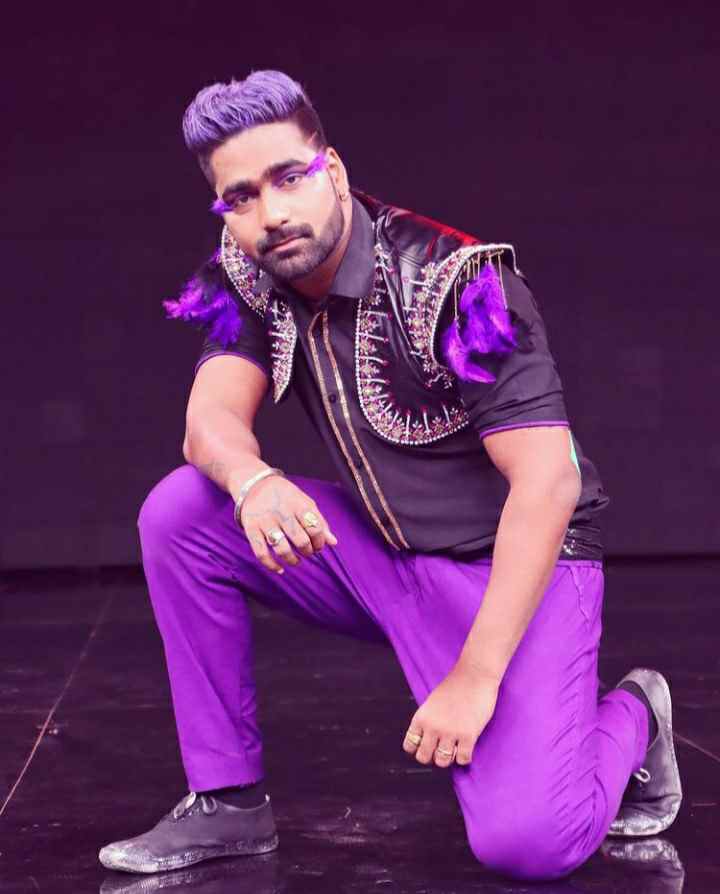 Vaibhav Ghuge is an Indian dancer and choreographer who is known for his dancing and choreography in dance tv reality shows. He was born on 30 September 1988 in Mumbai, Maharashtra.

Ghuge had his early education in Mumbai, after which he passed his high school examination at St. Ignatius High School in Mumbai. After passing the 10th examination, he also passed the intermediate examination while continuing his studies.

After passing Intermediate, he graduated with B.Com from Bharatiya Vidya Bhavan Hazarimal Somani College of Arts and Science, Mumbai. Vaibhav Ghuge, who was fond of dance since childhood, continued to dance along with his studies. Ghuge started taking dance classes professionally in the year 2011.

He made his television debut as a dance choreographer in the dance show Dance India Dance Season 3 which aired in 2011. He received a lot of inspiration and motivation in dance from the show’s judges Remo D’Souza, Geeta Kapoor, and Terence Lewis, which inspired him to pursue a career in choreography.

In all these seasons of the show, he has choreographed dance performances for many contestants. He was also involved in Super Dancer Chapter 2, where he was the choreographer and mentor to contestant Bishal Sharma.

Bishal had raised the honor of his choreographer Vaibhav Ghuge by winning the title of Super Dancer Chapter 2. Apart from this, Vaibhav has also appeared in the Bollywood movie Any Body Can Dance (ABCD).

In this movie, he also got a chance to work with big dance choreographers like Legendary Prabhu Deva, KK Menon, Terence Lauren, and Ganesh Acharya.

In the year 2021, he is once again seen doing choreography in the television show Super Dancer Chapter 4. This time he is seen choreographing dance for the show’s contestant Soumit.

Vaibhav Ghuge’s age is 33 years in the year 2022. He is a great dancer who also pays attention to his fitness. Body fitness plays a big role while performing dance because dance performance is good when the body is fit.

Ghuge does not need to exercise in the gym, due to the different moves of the dance, all the workouts of the body are done automatically by his dance. Apart from his fitness, he also takes care of his diet so that his body can remain healthy.

He also consumes fruits along with green vegetables in his food. So that his fitness can be maintained and his health can also be fine.

Vaibhav Ghuge’s height is 5 feet 10 inches, which is equal to 178 centimeters. His body weight is about 74 kg, he takes a proper diet to keep his body fit so that his body measurement is 40-32-14. His eye color is Black, and his hair color is Black.

Vaibhav Ghuge was born in a middle-class Hindu family. His entire family worships Hindu deities and believes in Hinduism. Ghuge himself also has a lot of faith in Lord Ganesha and continues to offer regular worship to him.

Vaibhav Ghuge’s father’s name is Bhagwat Mahadu Ghuge who is a retired police officer and his mother’s name is not known. Apart from his parents in Vaibhav’s house, there is also a younger brother whose name is Ashwin Ghuge. He also has a sister named Pooja.

Talking about the marital status of Vaibhav Ghuge, he is married and his wife’s name is Meghna Suryawanshi Ghuge. Vaibhav married Meghna on 15 December 2014. Vaibhav and Meghna also have a son named Garvik Ghuge.

Talking about the total net worth of Vaibhav Ghuge, his total net worth is more than ₹40 lakhs. He earns most of the money mainly from his dance and choreography. Apart from this, he charges up to ₹45k per episode in TV shows.

He also has a Ciaz car. He also does many dance events and shows across the country, from which he earns well. Apart from this, Vaibhav also has a YouTube channel on which he uploads his dance videos.

Vaibhav also has a YouTube channel where there are more than 5 thousand subscribers. He keeps uploading dance videos on his channel and his channel name is Vaibhav Ghuge. Wikipedia hasn’t covered Ghuge yet.

In the table below, we have shared with you the links of all their social media platforms, by clicking on which you will be able to access their profile page directly.

Some Interesting Facts About Vaibhav Ghuge:

Q. Who is Vaibhav Ghuge?

Ans. Vaibhav is married to Meghna Suryawanshi on 15 December 2014.

Q. What is the age of Vaibhav Ghuge?

Q. Who is a Vaibhav dancer?

Ans. Vaibhav Dancer is mostly known as the name of Vaibhav Ghuge. He is an Indian dancer and choreographer who is known for his dancing and choreography in many dance tv reality shows.

This is the full details on Vaibhav Ghuge Biography, Dancer, Choreographer, Age, Height, Father, Family, Child, Wife, Son Name, Salary, Net Worth & More. Share this post with your friends and keep visiting us on celebwale.com for famous personalities and trending people’s biography with updated details. If you have any thoughts, experiences, or suggestions regarding this post or our website. you can feel free to share your thought with us.