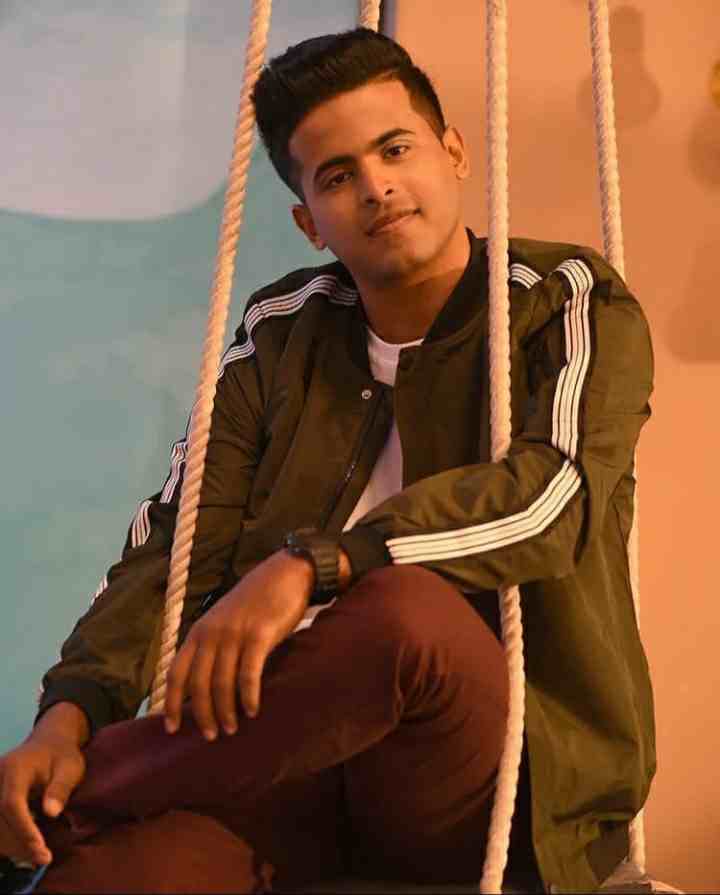 Tushar Shetty is an Indian dancer and choreographer, who is primarily known for his dance moves. He was born on 2 June 1995 in Nala Sopara, Mumbai. He had his early education in Nala Sopara itself. After this, he passed the high school examination at St. Francis de Sales High School in Mumbai.

Right now he is a very young dance master or dance guru, who is currently pursuing his graduation in commerce from HR College of Commerce and Economics, Mumbai in the year 2021. Tushar has been dancing since his childhood days and for him, dance is his life and passion.

He started doing hip hop only at the age of 14. Tushar got a chance to represent India in the World Hip Hop Championship due to his excellent Hip Hop dance. He was one of the top contestants of the dance reality show “So You Think You Can Dance” which was produced by Deepak Dhar and produced under the banner of Endemol India.

Tushar was not interested in dance till the time of the show. But when he came to know that the show was coming to India, he did not want to miss the opportunity to participate in the show. He geared up to audition in this popular show and worked hard on his dance.

He then went to the open auditions organized by the show where he cleared the first round impressing the judges with his performance. After this, he participated in some other rounds of the show and finally he cleared all the rounds of auditions and made it as a contestant on the show.

Tushar had a dream to perform on the big stage from the very beginning and there could be no bigger stage for him than the So You Think You Can Dance Show. After participating in the show as a contestant, Tushar gave his all effort to win the title of the show. He made it to the top 8 by impressing all the judges with his dance performance.

After breaking into the top 8, his enthusiasm to win the show’s title was further increased. Tushar was determined that he would win the title of the show at any cost, for which he practiced dance continuously. Sometimes he used to get so engrossed in dancing that he used to give up all other work except dancing.

Saw the dance of Tejas who was one of the finalists of the show. This choreography done by Tushar impressed Shakti Kapoor Ji so much that he offered him a chance to choreograph the song of the Bollywood film Street Dancer, in which his daughter and Bollywood actress Shraddha Kapoor was in the lead role.

Tushar also choreographed dance for Nach Baliye Season 9 contestants Keith and Rochelle. Now he is choreographing for Florina Gogoi in the dance competition show Super Dancer Chapter 4 to be aired on Sony TV in 2021.

Tushar Shetty’s age is just 27 years old in the year 2022. She is a dancer by profession in which it is very important to stay fit. Although he does not exercise in the gym, his dance moves are so great that his body gets exercised only by his dance moves.

Apart from this, the father also takes care of the food, in which he likes to take green greens, vegetables, and fruit juices in the food. He avoids junk food to maintain his fitness.

Tushar Shetty’s height is 5 feet 6 inches, which is equal to 168 centimeters. His body weight is about 62 kg, he takes a proper diet to keep his body fit so that his body measurement is 34-30-13. His eye color is Black, and his hair color is Black.

Tushar Shetty was born in a middle-class Hindu family. His family believes in Hinduism and also worships Hindu deities. Tushar’s father’s name is not known and his mother’s name is Mohini Shetty, a working woman.

Apart from his parents in Tushar’s house, we could not get information about his brother and sister. Talking about Tushar’s marital status, he is still unmarried, but he also has a girlfriend named Alisha Shaikh. Alisha is a dancer by profession, who has danced with Tushar in many videos.

Talking about Tushar’s Total Networth, their total net worth is around ₹25 Lac to ₹30 Lac. He is mainly known for his dance and he earns his main earnings from dance. He charges a fee of ₹30k to ₹40k per episode in TV shows.

Apart from this, he has also worked in TV Ads with many celebrities. Their lifestyle is simple. The only goal of their life is one day that they can also choreograph Bollywood songs. He played a very spectacular dance choreographer in a song of Bollywood film Street Dancer.

He is also present on Facebook where he is followed by around more than 17k followers and has more than 4.5k friends. Apart from this, Tushar also has a YouTube channel that has more than 262k subscribers. He keeps uploading his dance and choreography videos on YouTube, whose views come in millions.

Wikipedia has not given Tushar a place on its page. In the table below, we have shared with you the links of all their social media platforms, by clicking on which you will be able to access their profile page directly.

Some Interesting Facts About Tushar Shetty:

This is the full details on Tushar Shetty Biography, Birthday, Age, Height, Religion, Parents, Wife, Gf, Choreographer, Lifestyle, Net Worth & More. Share this post with your friends and keep visiting us on celebwale.com for famous personalities and trending people’s biography with updated details. If you have any thoughts, experiences, or suggestions regarding this post or our website. you can feel free to share your thought with us.