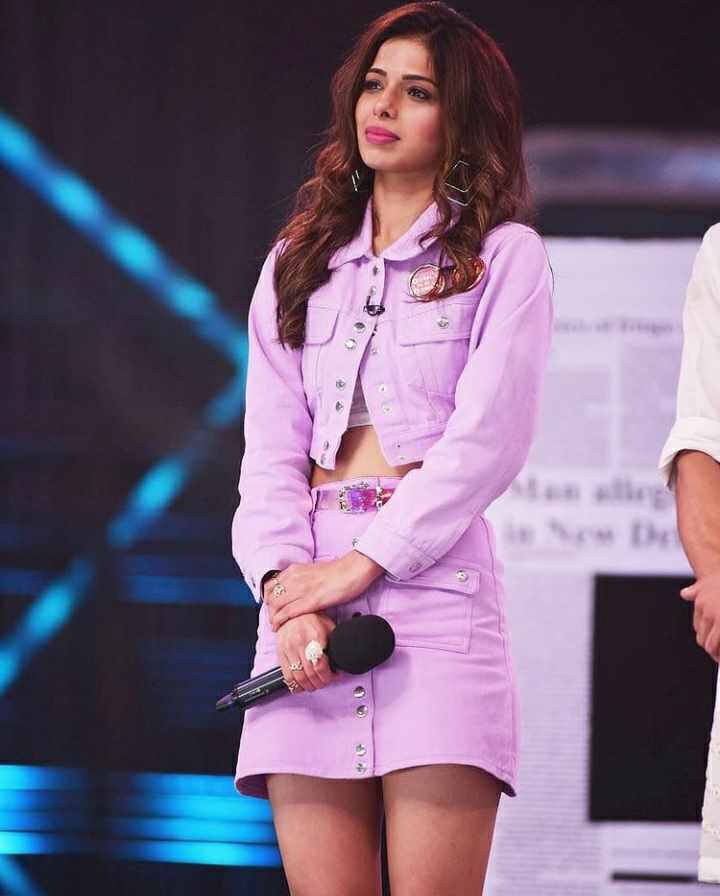 Bhawna Khanduja is an Indian television dancer and choreographer who is known for her excellent dancing and choreography in television shows. She was born on 21 August 2000 in New Delhi, India. She completed her early studies in New Delhi, after which she moved to Mumbai to fulfill her dreams. She was not only good at studies in her teens but at the same time, she was a talented dancer.

After coming to Mumbai, she made up her mind to become a choreographer in the Hindi entertainment industry. Here Bhawna received training in various forms of dance like Chhau, Contemporary, and Ballet, after that she took a step forward to fulfill her dreams and started auditioning for TV shows.

After that Bhawna first participated in India’s best dance reality show Zee TV Dance India Dance (DID) season 4 in the year 2013, where her choreography talent was recognized by the show’s judge Remo D’Souza. It was Remo D’Souza who trained Bhawna in various dance forms and made her aware of the nuances of dance. She got a new identity among the TV audience for the first time due to her performance on the stage of Dance India Dance (DID).

She told the audience on DID’s show that dance is her childhood passion. The judge of the show Remo also felt that she had all the qualities to be a good dancer after seeing her dance performance. The athletic steps she took in this show to perform on the festive themes of her acrobatics and folk dance were amazing.

In this dance show, she performed not only solo dance but also a duet. Later, Remo selected her to work in Karan Johar’s film ABCD where she was a part of a group dancer. She later appeared in Colors TV’s dance show Jhalak Dikhhla Jaa Season 8 as a contestant along with her partner Vivian Dsena, but she was out of the show soon after. She also taught TV actor Vivian Dsena to dance in the show and also performed in the show.

After that, she participated in Jhalak Dikhhla Jaa Season 9 as a choreographer. Even before the show, many of her pictures with Arjun Bijlani started going viral on the internet media, then it was claimed that she is dating Arjun Bijlani. In season 9 of the show, Bhawna performed the trio along with Naagin co-stars Mouni Roy and Arjun Bijlani.

During the show, she told the media that dance is both her heart and soul, there is no day on which she does not dance. Bhawna also continues to practice the art of classical ballet. Since ballet dancers are at great risk of injury due to the demanding techniques of ballet, she also suffered several injuries while performing a dance during the Jhalak Dikhhla Jaa show.

Though she is very hardworking so she always goes with new steps so that any performance that she choreographs stands out from the rest. In the year 2015, she shared the stage with Bollywood actor Ranbir Kapoor at the Filmfare Awards where Bhawna danced to the song Balam Pichkari with Ranbir Kapoor. She participated as a contestant in Season 7 of Zee TV’s dance reality show Dance India Dance in the year 2019.

In this show, she won the title with a cash prize of Rs 5 lakh, enthralling the judges and TV audience with her dance performance. She is a trained belly dancer who took her dance training from Broadway Dance Center in New York. In the year 2020, Khanduja became a mentor on Sony TV’s dance reality shows India’s Best Dancer, replacing the show’s mentor Aishwarya Radhakrishnan.

In the year 2021, Bhawna Khanduja has been appointed as the super guru of contestant Neerja Tiwari in Sony TV’s dance reality shows Super Dancer Chapter 4. The mesmerizing moves of Neerja and Bhawna are being seen by the audience and judges in the show.

Bhawna Khanduja’s age is 21 years old in the year 2022, she is one of the best dancers and choreographers in the television industry. Her dance moves are quite tremendous, due to which her body gets exercised mostly. Apart from this, she also does different types of exercises in the gym, due to which her body remains healthy.

Khanduja also takes great care of her diet, who likes to take nutritious things in her food. She also consumes green vegetables and fresh fruits regularly so that her body can stay fit and she can stay away from diseases.

She also has a younger sister named Anisha Khanduja. Bhawna’s marital status is still unmarried but her affair has been with dance choreographer Vivek Chachere. Vivek has participated in many dance reality shows as a choreographer. Khanduja’s boyfriend’s name is Vivek Chachere.

Talking about the total net worth of Bhawna Khanduja, her total net worth is around 32 lakh rupees. She charges ₹35k to ₹50k per episode. Apart from this, she earns a decent amount of money by promoting brands on her Instagram page. She also has a YouTube channel where she uploads her dance videos.

Khanduja’s account is present on Instagram where she keeps sharing the latest photos and videos of her dance with her fans and followers. She is present on all three Instagram, Facebook, and Twitter social media platforms. She has a good fan following for her unique dance movements.

There are more than 200k followers on her Instagram account and the number of her posts is more than 850. Bhawna is not yet listed by Wikipedia on its page. Apart from this, she also has a YouTube channel named Bhawna Khanduja, where she keeps uploading videos related to her dance.

She has about 2.5k subscribers on her YouTube channel, which is going to increase in the coming time. In the table below, we have shared with you the links of all their social media platforms, by clicking on which you will be able to access their profile page directly.

Some Interesting Fact About Bhawna Khanduja:

Ans. No, she was unmarried still now.

Q. What is the age of Bhawna Khanduja?

Q. Who is Bhawna Khanduja’s boyfriend?

Ans. Khanduja’s boyfriend’s name is Vivek Chehre who is a choreographer.

This is the full details on Bhawna Khanduja Age, Height, Family, Husband, Net Worth, & More. Share this post with your friends and keep visiting us on celebwale.com for famous personalities and trending people’s biography with updated details. If you have any thoughts, experiences, or suggestions regarding this post or our website. you can feel free to share your thought with us.