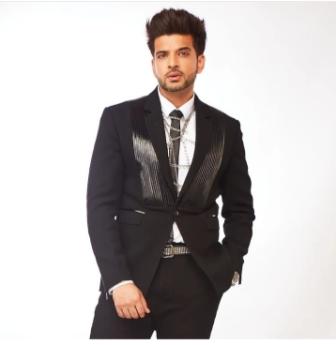 Karan Kundrra is an Indian actor and model who is known to work as the main actor in TV serials and shows. He was born on October 11, 1984, in a rich family in Jalandhar, Punjab.

He was the first time to take part in the MTV Show MTV Splitsvilla and Love School Season 2 as a competitive part. Karan completed his early education at Ajmer’s Mayo College. He had achieved his graduation from Apeejay College of Fine Arts located in Jalandhar.

To complete his further studies he went to the United States of America (USA) where he received an MBA degree. At the age of 17, he opened an International Call Center in Jalandhar while taking responsibility. Later, he supported his father in his construction business.

After this, he was attached to the field of modeling where he took part in Mr. India’s 2009 Male Beauty Pagent Competition Show. In the show, he performed spectacularly in the final and won the title of Mr. Style Statement.

After this, he started to get an offer from the Hindi TV world, which is accepting the main character of Arjun Punj in Kitani Mohabbat Hai‘s tv serial. From this serial, he debuted in the Hindi TV industry.

During the shooting of his debut serial, he became a friend of Kritika Kamra. But soon their friendship of both of them turned into love and started dating each other. The two pairs started to be liked by the audience on-screen and off-screen and both started to know the name of the Karnika. But later Karan and Kritika had decided to separate from each other and had to surprise their fans.

At the end of 2009, Karan played the main character of Veeru in the Sony TV serial Bayttaab Dil Kee Tamanna Hai. After this, he did the Cameo role of Harsha Khandeparkar in the Horror Show Aahat on Sony TV. He also participated in Star Plus Dance Show Zara Nachke Dikha in 2010.

Karan had played the character of Arjun Singhania in Season 2 of Kitani Mohabbat Hai 2. The second season was broadcast back on the public’s demand. After this, Karan worked in 3 consecutive shows in 2012.

He played the role of Karan Kapoor in the serial Teri Meri Love Stories and played himself in the show V The Serial, and also host Channel V’s show Gumrah: END OF Innocence. He was also seen as a host in a show for the first time. In 2012, Karan Kundrra also made his film debut with the Punjabi film Pure Punjabi. He played the lead role of Prem in this film.

He had also the role of Manpreet Sandhu in the movie Mubarakan and Ayush Asthana in the Bollywood movie 1921. Karan was seen in the movie Dolly Kitty Aur Woh Chamakte Sitare as DJ Teja Gujjar. Apart from this, he has hosted many shows. He participated in many tv shows as a guest like Comedy Nights with Kapil, MTV Roadies 12, MTV Splitswill 8, Big Boss 9, and Bad Company.

Apart from this, Karan had played the main character of Ritwik Noon in the first, second, and third seasons of the serial Dil Hi Toh Hai. In this serial, Yogita Bihani had appeared in the main role with Karan, the show was broadcast on Sony TV.

In the year 2021 Karan played the main character of Ranveer in Star Plus Serial Yeh Rishta Kya Kehlata Hai. Apart from this, he has debuted in the web series It Happened in Kolkata in the field of Web Series, which was released on the OTT platform Zee 5.

Karan Kundrra’s age is 37 years old in the year 2022. He is a very fit and handsome man who remains the first choice of girls due to his dashing looks.

He takes great care of his physical fitness and does not shy away from working hard in the gym. Karan has achieved six-pack abs with the help of his hard work and trainer which makes him look more spectacular.

Apart from this, along with rigorous training, he also takes special care of his diet. To keep his body healthy, he takes nutritious food which includes green greens, and vegetables.

Karan Kundrra’s height is 6 feet 1 inch, which is equal to 185 centimeters. His body weight is about 75 kg, he takes a proper diet to keep his body fit so that his body measurement is 38-32-14. His eye color is Brown, and his hair color is also Black.

Talking about Karan Kundrra’s marital status, he is still unmarried but his affair has been with many girls. The names of Kritika Kamra, Anchal Singh, Swati Vasta, Anusha Dandekar are included in the list of Karan Kundrra’s girlfriends.

His first affair was with Kritika Kamra in the year 2009 when he made his debut with the tv serial Kitani Mohabbat Hai. During the shooting of the show, Kritika Kamra was his co-star, due to which they became friends, later this friendship turned into love. The pairing of Karan and Kritika was well-liked by the audience off-screen and on-screen and fans started lovingly calling him Karnika.

However, later both of them surprised the fans by deciding to separate from each other. Their relationship lasted for about 3 years and later parted due to not being able to give time to their relationship. In an interview, while talking openly about her breakup with Karan, Kritika said that

“There is no definite reason for my split with Karan. There was no fight. Both of us got very busy with our new shows and this took a toll on our relationship. Sadly, we couldn’t take care of our relationship. There was an emotional attachment, we were together 24/7, but he never proposed to me and I am glad he didn’t. I am comfortable with all my exes and Karan is not the only one. See we started off as friends and ended up being friends. It’s an adulterated kind of friendship that we have and that has remained between us.“

The fans of Karan and Kritika (Ex-Girlfriend) did not like Anusha to be with Karan, due to which she also had to be a victim of trolling. Giving clarification on which Anusha had given a statement in an interview that….

“Trolls want us to break up because they love Kritika (his former girlfriend) and Karan together. They were in a TV show. They looked great. They were everybody’s love.”

Karan Kundrra and Anusha Dandekar were also invited by Indian actresses Priyanka Chopra and Nick Jonas for their wedding ceremony. Later, Karan and Anusha had a breakup in 2020 due to personal reasons.

Talking about the total net worth of Karan Kundrra, his net worth ranges from around ₹18 crores to ₹20 crores. His main source of earning is acting in TV serials and shows. Along with this, he has also worked in some films.

Karan charges around ₹80k to ₹1 lakh per episode for working in TV serials. He is very fond of wearing expensive and stylish watches. Apart from this, he also has many luxury vehicles, including many expensive cars like BMW, Range Rover, and Audi.

Apart from the car, Karan is also fond of expensive bikes and he also has a Harley Davidson 48 bike. Karan Kundrra is also participating in Colors TV’s popular show Bigg Boss 15 where he is being paid a fee of up to ₹8 lakh every week.

Karan keeps posting personal photos, videos, and fitness-related posts on his Instagram account. He is also present on Facebook where more than 6 million people follow him. Karan Kundrra has also been covered by Wikipedia on its page.

Apart from this, his verified handle is present on Twitter where he expresses his views through tweets with more than 350k followers. In the table below, we have shared the links of all their social media profiles with you, by clicking on which you will be able to access their profile page directly.

Talking about Karan Kundrra’s favorite things, his favorite actors are Shah Rukh Khan and Heath Ledger and his favorite actresses are Madhuri Dixit and Jennifer Lawrence. He loves listening to music and likes to listen to songs like Punjabi songs and Hip Hop.

Apart from this, he is also a foodie and loves to eat Chinese and South Indian food. He does not forget to eat Chhole Bhature and Rajma Chawal after visiting his hometown Jalandhar. He is also fond of eating Vanilla Ice Cream, Gulab Jamun, and Cheese Cake.

Karan is fond of spending his holidays outside and likes to travel to places like Europe and Maldives during his holidays. In the table below, we have given a list of all his favorite things, which you must read once.

Some Interesting Facts About Karan Kundrra:

Que. Who is the wife of Karan Kundra?

Ans. Currently, in 2022 he was not married but he has a serious relationship with Bigg Boss 15 winner Tejasswi Prakash.

Que. Is Karan Kundra married or not?

Ans. No, Karan had many girlfriends in his life but he had not married anyone.

Que. How many sisters does Karan Kundra have?

Ans. Karan has 3 sisters Poonam Malhotra, Meenu Kundra, and Madhu Kundra in her house apart from his parents.

Que. What is the age of Karan Kundra?

This is the full details on Karan Kundrra Biography, Wiki, Age, Girlfriend, Family, Sister, Wife, Net Worth & More. Share this post with your friends and keep visiting us on celebwale.com for famous personalities and trending people’s biography with updated details. If you have any thoughts, experiences, or suggestions regarding this post or our website. you can feel free to share your thought with us.