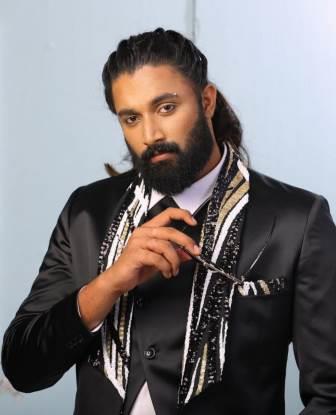 Niroop Nandakumar is a model and actor from the Tamil industry who is involved in Bigg Boss Tamil 5 as a contestant, due to which he is in the news. He was born on 6 August 1993 in Vijayawada, Andhra Pradesh. Shortly after his birth, his family shifted from Vijayawada to Chennai. Niroop got his early education from a private school in Chennai, after which he joined SRM University located in Chennai for further studies.

He did his B.Tech degree from SRM University. After getting his B.Tech degree, he joined modeling and also did photoshoots for some brands. He wanted to make a career in the acting industry for which he also did an acting course from Mindscreen Film Institute. Apart from this, he also learned cinematography, playmaking, filmmaking, and direction from the same institute.

The film Minsara Kanavu, directed by Niroop Nandakumar, was appreciated by the audience and film critics. This film was the directorial debut movie of his career. Apart from direction, Niroop also tried his luck in acting and acted in some Tamil movies. Niroop Nandakumar is a Young Entrepreneur and owner of Madras Amore Restaurant.

This restaurant of his is mainly known for South Indian delicacies which are located in Alwartirunagar, Valasaravakkam, Chennai. In the year 2021, he has been seen as a contestant in Bigg Boss Tamil Season 5. Apart from them, the show also includes many Tamil actors like Pavani Reddy, Amir, Raju Jeyamohan, Ciby Chandran, Thamarai Selvi, Sanjeev Venkat, Priyanka Deshpande.

Niroop Nandakumar’s age is 28 years old in the year 2021. He is a very fit artist of the Tamil industry and to maintain his body, he sweats for hours in the gym every day. He does many types of exercises in the gym which are helpful in keeping him fit. Apart from this, Niroop also takes care of his food and likes to take nutritious things in food.

Niroop Nandakumar’s height is 6 feet 4 inches, which is equal to 193 centimeters. Nandakumar’s body weight is about 84 kg, he takes a proper diet to keep his body fit so that his body measurement is 42-34-14. His eye color is Black, and his hair color is also Black.

Niroop was born in a middle-class Hindu family. His entire family believes in Hinduism and worships Hindu deities. Niroop Nandakumar’s father’s name is not known and the name of his mother is also not known. Although some photos of his parents are present on the internet. He keeps his life completely private. Apart from his parents, we could not get information about siblings in Nandakumar’s house.

Talking about the marital status of Niroop Nandakumar, he is unmarried, due to which the name of her wife is not known. Niroop also has a girlfriend named Yashika Annand. Yashika is an actress from the Tamil industry who is known for her performance in the Tamil film Zombie. When Yashika participated in Bigg Boss Tamil Season 2 as a contestant, Niroop was seen supporting her with his friends in an interview.

Talking about the total net worth of Niroop Nandakumar, his net worth is around ₹1.5 crore rupees. He earns well by working as an actor in TV and films. Apart from this, he also endorses some brands through his social media accounts, for which he charges thousands of rupees. In the year 2021, he is included in Bigg Boss Tamil Season 5 as a contestant for which he is charging ₹2 lakh per week.

Niroop’s account is present on all social media platforms where he shares the latest photos with his fans. There is also an Instagram account of Niroop on which he follows more than 92k. He has posted more than 200 on Instagram, in which he also includes photographs of fitness and his upcoming projects. He also posted the Journey in Big Boss Tamil Season 5 every day on Instagram.

He is also available on Facebook where he follows more than 2K. Niroop Nandkumar has not covered Wikipedia on his page. Apart from this, he also presents on Twitter, where he shares his thoughts through a tweet with more than 100 followers. In the bottom table, we have shared the links of all their social media platforms, which you will be able to access on their profile page.

Some Interesting Fact About Niroop Nandakumar:

This is the full details on Niroop Nandakumar Biography, Wiki, Age, Height, Father, Family, Family, Wife, Bigg Boss Tamil 5, Movies, Net Worth & More. Share this post with your friends and keep visiting us on celebwale.com for famous personalities and trending people’s biography with updated details. If you have any thoughts, experiences, or suggestions regarding this post or our website. you can feel free to share your thought with us.