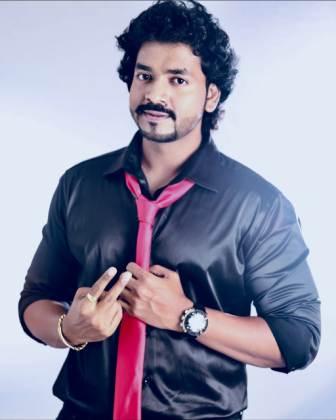 Utkarsh Shinde is a Marathi singer, composer, and doctor who has come into the limelight after appearing as a contestant in Bigg Boss Marathi Season 3. Utkarsh was born on 11 January 1986 in Pimpri Chinchwad, Maharashtra. His full name is Dr. Utkarsh Anand Shinde. Utkarsh received his early education from MTS Khalsa High School located in Goregaon West, Mumbai. He then obtained a Bachelor’s degree in Homeopathic Medicine and Surgery (BHMS) from the prestigious college Dr. DY Patil Homoeopathic Medical College & Research Center in Pune.

Apart from studying in college, he was also top-class in singing. Utkarsh inherited singing from his father. During his college days, he used to participate in many cultural activities, and many occasions like annual celebrations. In the year 2011, he won the Best Male Singer award in the singing competition show held in his college. After completing his graduation in 2012, he worked as a Homoeopathic Doctor at Dr. Shinde Multispecialty & Homeopathic Clinic.

Continuing his studies, he later moved to London where he obtained a Master’s degree in Homeopathy from the University of London. Along with this, he did a postgraduate diploma in Environmental Science from Longwood University located in Virginia, US. In the year 2014, Utkarsh sang for the first time in the Marathi film Priyatama with his brother Adarsh ​​and father Anand Shinde. He was nominated for Best Singer of the Year at the 7th Nashik International Film Festival in 2015 for Ghungarachya Talamandi, a song from the film Priyatama.

He demanded that the State Government should immediately pay the outstanding dues of the registered old artists as the monthly honorarium given by the State Government has been stopped due to the Corona crisis. Later the state government fulfilled all their demands. Apart from Amdkarite songs, Utkarsh also works in Marathi Entertainment Industry. He also composed music for Marathi films like Power (2013) and Phoonkar (2015).

Utkarsh Shinde has sung songs like “Haak Martayan Kolhapur”, “Go-Karona, Karona Go”, “Kovid Yoddha Kaho”, “Mother is Swarg Baba Darwaza”, “Haldicha Sohla”. Corona has tried to clear many misconceptions among the citizens regarding the songs “Go-Corona, Corona Go” and “Covid Warrior Kaho” and told them how to take care with a smile.

In the year 2021, he is appearing as a contestant in the Bigg Boss Marathi Season 3. He has become the finalist due to his excellent performance in the show. Apart from them, Marathi actors like Sonali Patil, Meenal Shah, Jay Dudhane, Vikas Patil, Mira Jagannath, and Gayatri Datar are seen in Bigg Boss Marathi 3.

Utkarsh Shinde’s age is 36 years old in the year 2022. Talking about Utkarsh’s fitness, he also takes special care of his fitness and works out in the gym to keep himself fit. Apart from doing gym, he also does yoga and meditation to strengthen his physical and mental condition. Utkarsh also takes special care of his food and consumes fresh green vegetables in his food.

Utkarsh Shinde’s height is 5 feet 10 inches, which is equal to 180 centimeters. Shinde’s body weight is about 82 kg, he takes a proper diet to keep his body fit so that his body measurement is 42-36-14. His eye color is Black, and his hair color is also Black.

Utkarsh was born into a prosperous family. His entire family believes in Buddhism. He belongs to the Shinde family with a musical inclination. Utkarsh’s grandfather is the Swara Samrat Prahlad Shinde who was famous for his devotional songs, Ambedkarite songs, and Qawwalis. Prahlad Ji started the journey of his life as a singer. His singing career prospered in spite of abject poverty, despite a hostile society that was hostile to the upliftment of Dalit artists.

Prahlad Ji had written and sung songs about BR Ambedkar for the first time, which encouraged anti-caste politics. Utkarsh Shinde’s father’s name is Anand Shinde who is a Marathi singer and he has sung more than a thousand songs. Apart from this, Anand Shinde has also acted in about 250 films and is famous for Bheem Geet and Folk Songs. Utkarsh Shinde’s mother’s name is Neha Lele and she is a housewife.

Apart from his parents in Utkarsh’s house, there are two brothers named Adarsh ​​Shinde and Harshad Shinde. His younger brother Adarsh ​​Shinde is also a popular singer who first came into the limelight when he participated in a singing reality show aired on Marathi TV channel Star Pravah. Talking about Utkarsh’s marital status, he is already engaged. Utkarsh Shinde’s fiance’s name is Swapnaja Narwade. Utkarsh first met his future wife Swapnaja Shinde in college after which they got engaged on 30 May 2016. Now both are going to get married soon.

Talking about the total net worth of Utkarsh Shinde, his net worth ranges from around ₹5 crores to ₹8 crores. He is a popular Marathi folk singer who has sung for many hit Marathi movies. He charges a good fee for singing in films. In 2021, he participated as a contestant in Bigg Boss Marathi 3 where he used to charge around ₹3 lakh per week. Apart from this, he also owns luxury vehicles like Audi A8, and Tata Nexon XZA Plus.

He is not present on Facebook. Wikipedia has also covered Utkarsh on its page. Apart from this, he is also present on Twitter where he keeps sharing his thoughts through tweets with his close to 1k followers. In the table below, we have shared the links to all his social media profiles with you, by clicking on them you will be able to access his profile page directly.

Some Interesting Facts About Utkarsh Shinde:

This is the full details on Utkarsh Shinde Biography, Wiki, Age, Height, Father, Family, Brother, Wife, Son, Bigg Boss Marathi 3, Marathi SInger, Net Worth & More. Share this post with your friends and keep visiting us on celebwale.com for famous personalities and trending people’s biography with updated details. If you have any thoughts, experiences, or suggestions regarding this post or our website. you can feel free to share your thought with us.