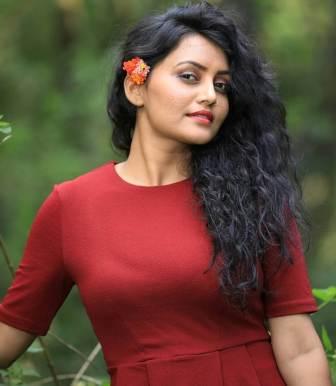 Sonali Patil is an Indian Marathi television actress known as an actress in Marathi television. She was born on 5 May 1987 in Islampur, Maharashtra. She did her early schooling and passed her high school at Tararani Vidyapeeth Usharaje High School, Kolhapur. Sonali was very flamboyant in her studies, due to which she obtained her Bachelor of Education degree from Rajaram College, Kolhapur.

Later, while continuing her studies, she did her post-graduation degree in Master of Business Administration (MBA) from the same college. Sonali had dreamed of becoming a successful actress since childhood, and she was interested in drama and plays from her school and college days. She used to participate in a lot of extracurricular activities like dramas and plays during her school and college days.

After completing her studies, Sonali worked as a teacher and lecturer at Rajaram Senior College and at the same time was also associated with the field of modeling. As a model, she has also walked the ramp in many fashion shows. Sonali got a chance to debut in the Marathi television industry in the year 2018 with the Marathi serial Julta Julta Jultay Ki, which she capitalized on and played her role in Rekha brilliantly.

She came into the limelight with her superb acting performance, after which in the same year 2018, she got a chance to debut in the film industry with the Marathi film Aaron. The film revolves around a 15-year-old boy, Babu, in which Sonali played the role of Swastika Mukherjee. In the year 2020, Sonali Patil played the lead character of Vaijayanti, a smart girl in the Marathi television serial Vaiju No.1.

She did a special guest appearance in this serial. In the year 2021, Sonali Patil is seen as a contestant in Colors Marathi’s most popular show Bigg Boss Marathi 3. Apart from him, actors like Santosh Choudhari, Meenal Shah, Jay Dudhane, Vikas Patil, Gayatri Datar, Avishkar Darwhekar, Trupti Desai, Mira Jagannath, Utkarsh Shinde, Sneha Wagh, and Vishal Nikam are seen as contestants in this show.

Sonali Patil’s age is 35 years in the year 2022. She is known as a Lead Actress in Marathi TV Industry. She tries to keep herself fit through yoga and meditation. Apart from this, she also takes special care of her diet and likes to take nutritious food for lunch and dinner.

Sonali Patil was born in a middle-class Hindu Marathi family. His entire family believes in Hinduism and worships Hindu deities. Sonali Patil’s father’s name is not known but his father has died in the past year and her mother’s name is also not known. Apart from her mother, there are two brothers living in Sonali’s house, whose names are Abhijeet Patil and Vishnu Patil.

Sonali’s elder brother Abhijeet Patil is a mechanical engineer by profession and is working as an assistant professor at Sahyadri Polytechnic Institute. Sonali’s younger brother Vishnu Patil is a civil engineer. Talking about Sonali’s marital status, she is still unmarried. Her husband’s name is not yet known due to non-marriage. The news of Sonali’s affair is also not present on the internet media, due to which the name of her boyfriend is not even known.

Talking about Sonali Patil’s total net worth, her total net worth is around ₹2 crore. Her main source of earning is from working as a lead actress in Marathi TV serials. Apart from this, she also endorses some brands, which makes her earnings decent. In 2021, she participated in Colors Marathi’s popular show Bigg Boss Marathi Season 3, where she has charged ₹2 lakhs per week.

Wikipedia has not yet covered Sonali on its page. She is also present on Twitter where she shares her thoughts with her more than 200 followers through tweets. In the table below, we have shared the links of all their social media profiles with you, by clicking on which you will be able to access their profile page directly.

Some Interesting Facts About Sonali Patil:

This is the full details on Sonali Patil Biography, Wiki, Age, Family, Husband, Net Worth & More. Share this post with your friends and keep visiting us on celebwale.com for famous personalities and trending people’s biography with updated details. If you have any thoughts, experiences, or suggestions regarding this post or our website. you can feel free to share your thought with us.