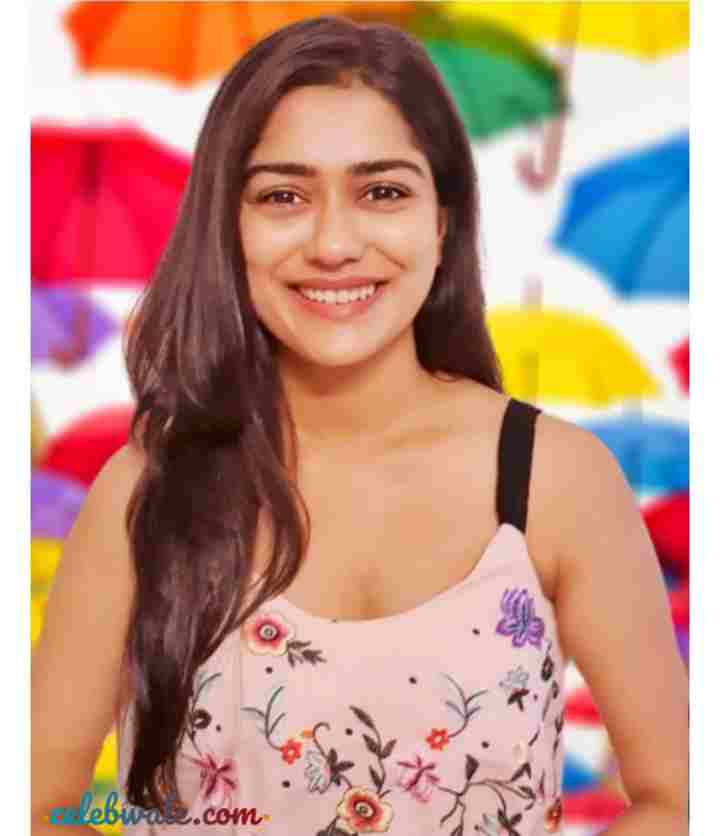 Bhumika Chheda was born on 15 July 1993 in Dahanu, Palghar, Maharashtra. Bhumika told that from the time she was taking her primary, her mind was engaged in acting, she started to like acting more than her studies, but she completed her studies. After that acting was not going through her mind and she wanted to pursue a career in acting, but she did not have enough courage to talk to her parents about acting. In an interview with Times of India, Chheda revealed that ” “She wanted to become an actress ever since she came to know that a career in acting could be made.

For her, acting and dancing on stage have been a dream since childhood. Bhumika tells that she was known more than her education for all these arts from school. There was such an acting fire in her which she could not stop and daringly wrote a letter to her parents when she was 14 years old, her parents also used to live together in her house.” Bhumika Chheda wrote in the letter “whether I can act and she told her parents that if you guys agree then sign it. She wrote the letter because she could not muster the courage to speak all these things in front of her parents.

Next, she tells that both of them signed the letter and her father came to her room and asked do you really want to act? I immediately said yes and my father said okay. This is where my journey begins”. Bhumika Chheda told that she traveled from her hometown Dahanu to Mumbai and auditioned and then returned to her home. Gradually she began to like to audition, later she also took leave from her college and continued to audition. Chheda got her first TV breakthrough from Doordarshan serial Thumri Ek Parampara in which she played the lead role.”

After making her debut, Bhumika has appeared in several TV serials including some of the leading serials named Veera, Jodha Akbar, Mana Mann Hai Vishwas, and Halla Bol. She worked in a few episodes of crime thriller shows like Crime Patrol and Savdhaan India. In 2020, Bhumika will be seen in the role of a doctor in the new tv serial Story 9 Months Ki, to be aired on Sony TV, in which her character is named Doctor Rabia Ahmed, who is a good friend of the company’s boss Alia Shroff and is also her personal doctor.

Talking about personal life, Bhumika’s marital status is married. Bhumika’s husband’s name is Nandish Mehta, tells Nandish that Nandish is her childhood friend. She is both been friends since she was studying in class 7. Later Nandish and Bhumika decided to get married and both got married on 10 February 2019.

Bhumika belongs to the state of Maharashtra. Bhumika Chheda was born in the year 1993 and She is so young at the age of 29 years, a beautiful hot actress, with an attractive personality and has a perfectly shaped body. Bhumika follows a strict diet rule to keep herself fit and fine and healthy and to maintain her body figure. She is one of the beautiful actresses in the Hindi Tv industry.

Bhumika Chheda has a Stunning figure and she is 165 cm tall which a height is 5 feet 5 inches. Bhumika has a keen interest to maintain her body fitness her weight is 58 kg or 127 lbs. She is very health conscious she always takes care of her looks and appearance. She visits the gym regularly and her body measurement is 34-28-36 and she has attractive and beautiful Black hair and Black eyes.

Bhumika belongs to a Hindu family, and she was born into a Hindu family, which beliefs in Hindu deities. Bhumika’s father’s name is Ajay Chheda and her mother’s name is Vasanthi Chheda, who is a housewife. Apart from her parents in the house of Bhumika, her brother whose name is Prateek Chheda, and her sister whose name is not known. Bhumika’s marital status is married and her husband’s name is Nandish Mehta, whom she married in 2019. Her family for Bhumika comes before her career. The first priority she gives to her family.

Bhumika Chheda has an account on Instagram, Twitter, Facebook, but very few people know about it, due to which fans are not able to connect with them. But today we are giving you the links of all their social media accounts in the table below. By clicking on that link directly, you will reach their social media page and you can follow them if you want. She is very also popular on social media account and she has 4k followers on her Facebook account and has more than 10.6k followers on her Instagram account.

She has just near about 3.5k followers on her Twitter account and she keeps updating her photos and information on her Instagram account. Bhumika Chheda is not covered by Wikipedia till now. Bhumika Chheda has also created her own channel on YouTube, on which she keeps uploading videos related to her, the name of her YouTube channel is iAmBhumikaC which has more than 150 subscribers.

Bhumika Chheda has been in the business for over 10 years. Being one of the best workers in the media business, it is sure that her total assets must be in excess of a million rupees. She is earning through Serials, advertisements, and crime shows, etc.

Some Interesting Facts About Bhumika Chheda:

This is the latest information on Bhumika Chheda Biography, Age, Height, Family, Husband, Net Worth & More. Please share this post with your friends and keep visiting us on celebwale.com for famous personalities and trending people’s biography with updated details. If you have any thoughts, experiences, or suggestions regarding this post or our website. you can feel free to share your thought with us.