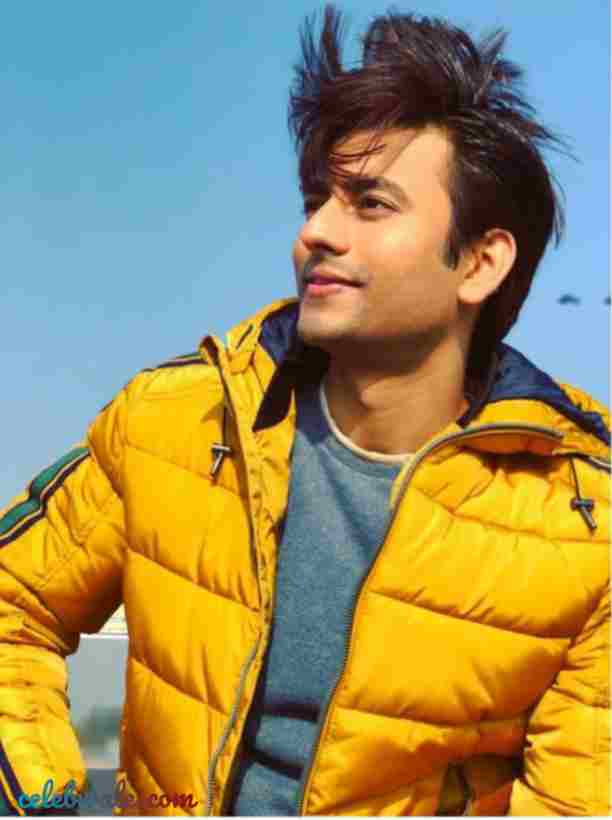 Aashay Mishra was born on 10 July in Bilaspur, Chhattisgarh, he was very interested in music since childhood but now he has come out as a very good TV actor who plays his acting in a very brilliant way.

Due to his interest in music, his uncle got Aashay enrolled at Bharatkhande Sangeet Mahavidyalaya, Bilaspur, from there Aashay studied classical music for about 8 years and then went to a boarding school for further education.

He did his early education in Bilaspur and after that, he went to Mumbai to pursue his graduation. Aashay joined Nadira Babbar’s theater after graduation. While working in the theater, he got the role of Jhumru and Jhumri to play the lead roles.

After appearing in Paytm’s commercials, he worked in various TV commercials including Pillsbury and Maruti Swift commercials. In the year 2019 Aashay got a chance to play a small role in the Hindi web series Tantra.

In the year 2019, he got a small role in the Hindi short film Pari and Pinocchio. After a lot of struggle in the TV arena, Aashay got the opportunity to play the lead role of Omkar Gupta in the Star India serial Pyar Ke Papad in 2019, and this act gave a new identity to his acting.

Aashay Mishra is a good TV artist as well as a good poet, he is also fond of reading books with different poems. Aashay gave many auditions in Bollywood during her 3 years of struggle but did not succeed. She also auditioned for the role in the Bollywood film The Sky Is Pink but did not succeed there either.

After making his debut in the Star India show Pyar Ke Papad in 2019, he is seen playing the role of Sarandhar in the serial Story 9 Months Ki telecasted on Sony TV in the year 2020. In this show, he is in the lead role, in which he is seen opposite the show’s main character Alia Shroff i.e. Sukirti Kandpal.

In this serial, Aashay’s character is that of a poet and writer who works in the company of his boss Alia Shroff. The show is based on the IVF process to becoming Mother. Aashay Mishra has also had a girlfriend whose name is Swarada Thigale.

Aashay Mishra Marital status is still unmarried and the wife’s name is also not known. He is focusing on his career so that he can get the opportunity to work in more and more TV shows.

Aashay Mishra belongs to Chhattisgarh. Aashay’s look is excellent, and he has made his body strong through hard work in the gym so that he can look very smart. Aashay Mishra’s height is 5 feet 7 inches, which is 170 centimeters.

His body weight is about 65 kg, he takes a proper diet to keep his body fit so that his body measurement is 44-38-15. His eye color is black, and his hair is brown.

Aashay Mishra belongs to a Hindu Brahmin family, he was born in a middle-class Brahmin family in Bilaspur, a small town in Chhattisgarh, who has faith in Hindu deities. Aashay’s family consists of his mother, father, brother, sister, and uncle.

Talking about his school education of Mishra, he studied classical music at Bharatkhande Sangeet Mahavidyalaya, Bilaspur in his childhood. After that, he got his 10th and 12th education from Delhi Public School.

After studying 12th, he came to Mumbai to pursue his graduation, where he enrolled in Narsee Monjee College and got his bachelor’s education degree in the financial market.

After this, Aashay made up his mind to study CA and he enrolled in a college and started studying for CA. Once during his studies, he had gone on a vacation for 7 days, when he returned from the vacation and attended the tax lecture, he did not understand anything in that lecture.

After that Aashay called her mother and told her all the things that I do not understand about CA’s studies, then her mother explained to her that if you do not have to study then leave. After this Aashay left her CA studies in the middle and made acting his career.

Aashish Mishra’s favorite Bollywood actor is Shahrukh Khan, Shahrukh is also his role model. Aashay revealed his love for Shahrukh during an interview, he said

“I have been a huge fan of Shahrukh Sir since childhood. I like his style, his persona, his acting skills, and everything about him. There is no one who can romance like Shah Rukh Khan in this whole world. I was so lucky that I got to replicate his movie in one of the promos of the show. So getting into the shoes of DDLJ’s Raj was very overwhelming for me. I wish to meet and personally take lessons from him once.”

Aashay’s favorite Bollywood actress is Priyanka Chopra. He loves to travel and his favorite destination is London and Singapore, Aashay’s favorite sport is basketball, which he loves to play. In the table below, we are giving a list of some of their favorite things, you can check if you want.

There are no details available of Aashay Mishra Networth and Salary

But we are giving you a link to their official Instagram and Twitter account, by clicking on which you will directly reach their social media profile.

Some Interesting Facts About Aashay Mishra:

This is the full details on Aashay Mishra Biography, Wife, Age, Birthday, Father, Girlfriend, Height, Net Worth & More. Share this post with your friends and keep visiting us on celebwale.com for famous personalities and trending people’s biography with updated details. If you have any thoughts, experiences, or suggestions regarding this post or our website. you can feel free to share your thought with us.