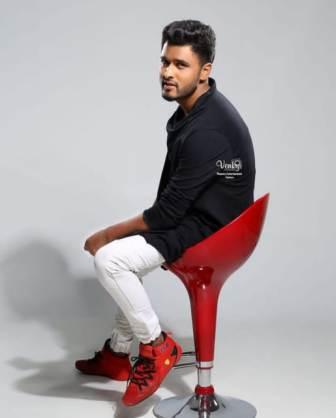 His father died in his childhood, due to which Amir’s family had to live in many difficulties. He got his early studies in Kotagiri itself. Since childhood, Amir was fond of dance and without training used to perform the dance in his small thatched house.

Seeing his interest in dance, Amir’s mother fully supported him and inspired him to dance like Prabhu Deva. Amir was not yet able to recover from the death of his father and his mother also died due to which he was completely shattered. After her mother left, he went to his aunty’s house in Ooty.

He continued to dance at his aunty’s house as well. He struggled a lot in his life to make himself a successful dancer and decided to prove himself by breaking the Limca Book of Records for 7 hours of continuous dance.

Amir Dance Studio was started in 2011 and it’s a dance institute in which they provide dance training to children above 10 years of age. Children trained in dance by Amir become a part of many dance reality shows and also give their tremendous dance performance in the shows.

Prabhu Deva has been giving Amir’s dance inspiration since childhood and when he met him, Amir had tears in his eyes. During that time he also recalled that his mother always wanted him to become a successful dancer like Prabhu Deva. Apart from this, Amir went to Chennai for the first time to participate in the TV reality show Ungalil Yaar Prabhu Deva.

Both the teams continued their stellar performance in the second season of the show and once again the team of ADS Girls made it to the finals of the show where they were the first runner-up of the show.

Apart from this, Amir’s team participated in the Indian Hip Hop Dance Championship 2019 where his team won the title of the show by performing tremendously. Amir has so far appeared as a choreographer in many Tamil, and Malayalam movies.

He is seen as a contestant in Star Vijaya’s popular show Bigg Boss Tamil Season 5 in 2021. In which actors like Raju Jeyamohan, Ciby Chandran, Thamarai Selvi, Niroop Nandkumar, Priyanka Deshpande, Sanjeev Venkat, and Pavani Reddy are seen with him.

Although till now choreographer Amir did not get much attention in Bigg Boss Tamil 5. Amir entered the show through the wild card, is still trying his best to woo Pavani Reddy, for which he was getting a lot of response from fans on social media. But his story melted everyone’s heart and fans on social media started praising his struggle.

Choreographer Amir Ads’ age is 29 years in the year 2022. Whether it is a film star or a common man, losing weight is a difficult task in itself for everyone. To reduce extra body fat, along with sweating for hours in the gym, one has to change the diet as well. Although sometimes the weight does not decrease even after this.

The popular contestants of Bigg Boss Tamil 5 are in a lot of discussions about their game and perfect body shape. He loves to stay fit and exercises regularly in the gym to maintain his fitness. Amir is a good dancer who loves to dance. His dance moves are very tremendous which proves to be helpful in keeping him physically fit. Dance is also a kind of cardio.

Choreographer Amir Ads’ height is 5 feet 10 inches, which is equal to 180 centimeters. Amir’s body weight is about 82 kg, he takes a proper diet to keep his body fit so that his body measurement is 42-36-14. His eye color is Black, and his hair color is also Black.

Ashraf helped Amir a lot in fulfilling his dream. Talking about the marital status of choreographer Amir Ads, he is still unmarried and the news of his affair is also not present on the internet media, due to which the name of his girlfriend could not be known.

Apart from this, he has also worked as a choreographer in some Tamil, Telugu, and Malayalam films, for which he charges good money. In 2021, he also joined Bigg Boss Tamil 5 as a contestant where he was charging around ₹2 lakh per week.

Apart from this, he is also present on Twitter where he keeps sharing his thoughts through tweets with his close to 1k followers. In the table below, we have shared the links of all his social media profiles with you, by clicking on which you will be able to access his profile page directly.

This is the full details on Choreographer Amir Ads Biography, Wiki, Age, Family, Net Worth & More. Share this post with your friends and keep visiting us on celebwale.com for famous personalities and trending people’s biography with updated details. If you have any thoughts, experiences, or suggestions regarding this post or our website. you can feel free to share your thought with us.