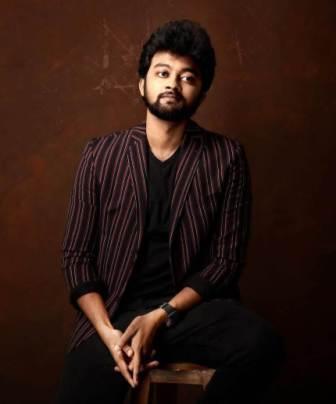 Raju Jeyamohan is a South Indian film and TV actor known primarily for his work in the Tamil television industry. Raju was born on 2 July 1991 in Tirunelveli, Tamil Nadu India. He completed his early education in his hometown. After this, he joined PSG College of Arts & Science located in Coimbatore to pursue his graduation from where he studied B Sc in Visual Communication.

After finishing college, he became active in acting and struggled to get roles in films and serials. After a lot of struggle, he finally got a chance to play the role of Jeeva Natham in the Vijay TV serial Kana Kaanum Kaalangal in the year 2012. He made his debut in the TV industry with this serial.

The following year he appeared in Vijay TV’s serial Saravanan Meenatchi Season 2. In the year 2014, Vijay made his debut in films after playing the role of Kathiresan in the TV serial Andal Azhagar. Jeyamohan played the character of Raju in the 2015 Tamil film Thunai Mudhalvar.

Apart from this, he has worked in Tamil films like Manithan (2016), Natpuna Ennanu Theriyuma (2019), Murungakkai Chips (2021). His upcoming film in 2022 is Don. Despite working as an actor in TV and films, he could not get recognition in the industry for which he is known.

But his role Varun Mohan in Vijay TV’s serial Bharathi Kannamma, which was telecasted in 2019, was not only appreciated by the critics but also got a lot of love from the Tamil audience. In the year 2021, he was involved in Bigg Boss Tamil Season 5 as a contestant. Before joining Bigg Boss, he has appeared as a contestant in Vijay TV’s show Comedy Raja Kalakai Rani.

Raju Jeyamohan’s age is 30 years old in 2022. Apart from working in tv and film industry, he also takes care of his body and does various exercises in the gym to stay fit. Apart from this, he consumes green fresh seasonal green vegetables so that his body can remain healthy.

Raju Jeyamohan’s height is 6 feet 1 inch, which is equal to 185 centimeters. Jeyamohan’s body weight is about 70 kg, he takes a proper diet to keep his body fit so that his body measurement is 40-32-14. His eye color is Black, and his hair color is also Black.

Raju was born in a middle-class Hindu family. His entire family believes in Hinduism and worships Hindu deities. Raju Jayamohan’s father’s name is not known and her mother is also not known. Apart from his parents, there is no information about his siblings. Talking about Raju’s marital status, he is married. Raju Jeyamohan married his girlfriend Tarika Ramesh after dating her for a long time.

Raju Jeyamohan’s wife’s name is Tarika Ramesh and they do not have any children yet. Raju and Tarika’s wedding took place at the Marudhamalai Murugan Temple in Coimbatore. After the marriage was over, Raju shared a photo with his wife Tarika on Instagram and wrote that. “Thank you for being there for me all the time. We deserve each other and finally, we are married!”

Talking about the total net worth of Raju Jeyamohan, his net worth is around ₹1.50 crore. His main source of earning is acting in TV and films. Apart from this, he is also the brand ambassador of some products for which he charges good money. Raju is included as a contestant in Star Vijay TV show Bigg Boss Tamil 5 in 2021 where he was charging around ₹2 lakh per week.

He is not present on Facebook. Raju is also covered by Wikipedia on its page. Apart from this, he is also present on Twitter where he shares his thoughts with his 4k followers through tweets. In the table below, we have shared with you the links of all his social media profiles, by clicking on which you will be able to access his profile page directly.

Some Interesting Fact About Raju Jeyamohan:

This is the full details on Raju Jeyamohan Age, Family, Wife, Biography, Net Worth & More. Share this post with your friends and keep visiting us on celebwale.com for famous personalities and trending people’s biography with updated details. If you have any thoughts, experiences, or suggestions regarding this post or our website. you can feel free to share your thought with us.