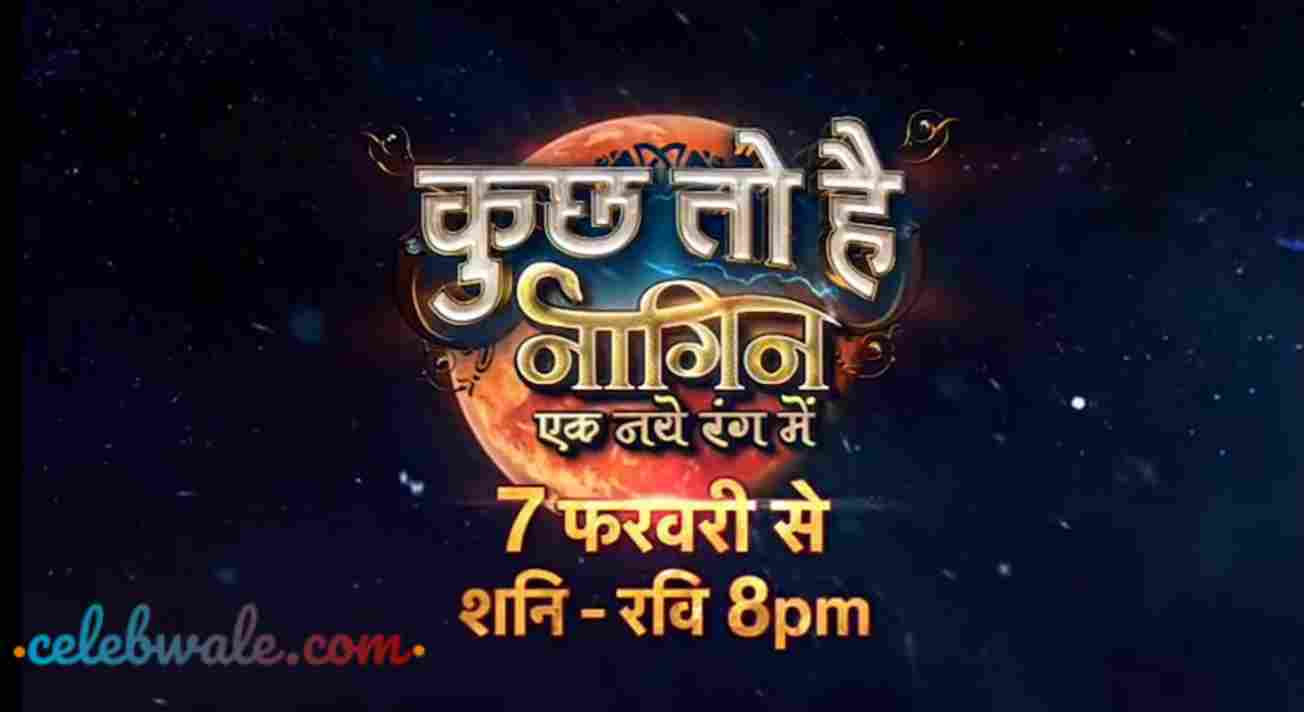 The spin-off of Naagin 5 is Kuchh Toh Hai Naagin Ek Naye Rang Me…. Once again the audience is going to bring a supernatural story.

The title of the show is also similar to the Naagin series. The first promo of Kuchh Toh Hai Naagin Ek Naye Rang Me has been released on 29 January 2021, which is going to be on air on Colors TV from 7 February.

Its first glimpse is quite spectacular through which the audience is introduced to the lead stars.

Going against nature and breaking the shackles, the children of the united heroes and Bani will now be born and from here the whole story will change. This child will become the cause of destruction.

The Serial Kuchh Toh Hai Naagin Ek Naye Rang Me will now be the beginning of a new story of the serpent and the vampire. Kuchh Toh Hai is the spin-off of Naagin-5, it will be now based on Priya and Rahm’s love story.

Here we give you the serial details and full star cast of the Colors Tv serial Kuchh Toh Hai Naagin Ek Naye Rang Me.

His looks from Mouni are quite a match. Not only fans, social media users but many serial makers have also compared these among themselves.

By the way, Krishna Mukherjee is also a known star in the TV industry. She made her TV debut in 2014. She has so far worked in serials like Jalli Anjali, Twisted Wala Love, Yeh Hai Mohabbatein, and Naagin-3.

Actor Harsh is playing the lead hero in it. For the first time for the show, fresh pair of Harsh Rajput and Krishna Mukherjee will be seen on the small screen. Harsh Rajput made his television debut with Prithviraj Chauhan, a brave warrior of the earth.

Later he appeared in shows like Dharam Veer, Hitler Didi, and Crazy Stupid Ishq. Recently she was seen in a supernatural show. Now Harsh has got the lead role in Ekta Kapoor’s Vampire-based TV show.

The name of TV actress Neha Tomar is also coming forward for this show. She is known for serial casserole.

Known name of television world Manini Dey has made her mark by working in many serials. Manini has worked from small screen to big screen and she has many fans. Manini will also be seen in Ekta Kapoor’s serial Kuch Toh Hai.

No one like Jassi to Manini, Saathiya – a new feeling of love, home’s Lakshmi daughters, Kesariya Balam Aavo Hamare Des, Kya Mast Hai Life, a color-changing Odhni, a new little life, Madhubala – Ek Issak Ek passion like TV shows and Krisha is known for many films like Fashion and Student of the Year.

Mohit Hiranandani is counted among the famous actors in the television and film industry. He has worked in many popular TV serials till now. He is known for playing pivotal roles in TV shows like Patiala Babes and Holy Destiny.

Kristina Patel is an actress as well as a model. She is known for playing the role of Swati in the serial Ye Un Dino Ki Baat Hai, which came in the year 2017. Christina also runs her own fashion blog.

The role of Kristina Patel in the new Colors Tv show Kuchh Toh Hai Naagin Ek Naye Rang Me, has not been revealed.

Actress Ankita will also be a part of the show. Ankita was last seen in Sony SAB’s TV show, Tera Yaar Hoon.

Popular actress Resham Tipnis is also going to be a part of this project. Sources say that Resham will play the role of mother in the show. Resham Tipnis acted in the 1992 Shah Rukh Khan film Baazigar. She also acted in the famous show Campus Serial in 1994. Resham is known for shows like Half Marriage and Do Dil Ek Jaan. Resham is a well-known name of Marathi cinema, she has also appeared in Bigg Boss Marathi.

Actor Chetanya Adeeb has also been approached for this new show of Ekta Kapoor. Chetanya is known for her acting in Balika Vadhu.

As: Priya’s adoptive mother (Head of the orphanage)

This is the full details of Kuchh Toh Hai Naagin Ek Naye Rang Me (Colors TV), Release Dates, Repeat Telecast Timing, Story, Real Name & More. Share this post with your friends and keep visiting us on celebwale.com for such an entertaining post. If you have any thoughts, experiences, or suggestions regarding this post or our website. you can feel free to share your thought with us.