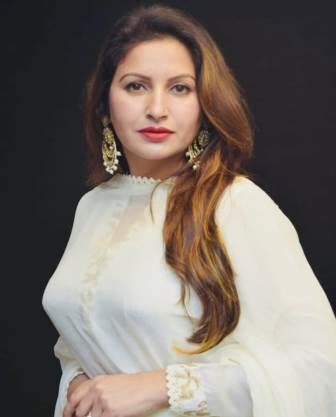 Sonali Phogat was an actress and BJP worker who died of a heart attack on 22 August 2022 at St. Anthony’s Hospital, Goa. She was just 42 years old and was on some work with her staff in Goa. She was born on 21 September 1979 in Bhuthankala village of Fatehabad, Haryana. She also got her early education from there. They were married after completing the 10th standard. She was married to Sanjay Singh Phogat, brother-in-law of her elder sister. After this, in 2006, she started her career as an anchor in Hisar Doordarshan.

She was also a social media star who was very popular on social media due to her short videos. She started her acting career with the Haryanvi film Chhoriyan Chhoron Se Kam Nahi Hoti. Sonali has also worked in many Punjabi and Haryanvi music videos. After gaining popularity from social media and films, she got a chance to join Colors TV’s famous show Bigg Boss 14 as a contestant. She had joined Bigg Boss through a wild card and got out of the show after staying in Bigg Boss’ house for 33 days. In the show, she fell in love with actor Ali Goni and even proposed to him.

After going to Bigg Boss, his stardom increased overnight and she got recognition at the national level. She lived in Mumbai and was associated with the entertainment industry. She is going to release 2 Bollywood movies soon. In a film, she acted opposite actor Ravi Kishan which is directed by Manoj Tiwari. In the second film, she will be seen opposite Bollywood actor Jimmy Shergill. Apart from this, she was also mainly active in politics.

Sonali’s husband Sanjay Singh Phogat was already associated with politics and after his passing, Sonali became mainly active in politics. She joined politics in 2008 and became a member of the Bharatiya Janata Party and served as the National Vice President of Mahila Morcha. His family used to visit BJP leader Sumitra Mahajan’s house. Once Sumitra Ji got Sonali to meet Nitin Gadkari Ji, after which Nitin Ji gave Sonali the responsibility of promoting the BJP in Madhya Pradesh and Jharkhand assembly elections. After this, in 2019, Sonali Phogat also contested Adampur in the Haryana Assembly elections on a BJP ticket but lost by 29 thousand votes.

Sonali has also been involved in controversies. Before going to Bigg Boss 14, a video of her was becoming quite viral on social media, in which she was seen hitting an officer with a slipper. In Bigg Boss, she admitted to having love for Ali Goni in her heart, after which she was trolled a lot on social media.

On 22 August 2022, Sonali Phogat started feeling restless after having food at Curlies restaurant in Anjuna, Goa, after which she was brought to St. Anthony’s Hospital in Anjuna where she was declared dead by the doctor. Her family is constantly raising questions about Sonali’s death. Sonali’s sister has demanded a CBI inquiry into the matter. Her sister Reman said that Sonali could not have a heart attack, she was quite fit.

Sonali was born in a farmer family in Bhuthankala village of Fatehabad. His family believes in Hinduism. Sonali’s parents are still alive and they stay in the village. Apart from this, his family is 1 brother and 3 sisters. Sonali was a widow and lived in Mumbai with her daughter Yashodhara Phogat. She was a single mother who raised her daughter Yashodhara alone. She was married to her sister’s brother-in-law Sanjay Singh Phogat. Sonali Phogat’s husband Sanjay Singh was involved in politics and died mysteriously at his farmhouse in 2016.

Sonali Phogat’s net worth is more than ₹40 crores. She was mainly active in politics from which she earned good money. Apart from this, she used to earn good money from Instagram and music videos. She had charged around ₹1 lakh rupees every week in Bigg Boss 14. She used to charge around ₹ 25 lakhs for working in a film. She also has a luxury house in Mumbai and Mahindra XUV cars to move around.

Some Interesting Facts About Sonali Phogat:

This is the full details on Sonali Phogat Biography, Age, Death, Family, Husband, Net Worth & More. Share this post with your friends and keep visiting us on celebwale.com for famous personalities and trending people’s biography with updated details. If you have any thoughts, experiences, or suggestions regarding this post or our website. you can feel free to share your thought with us.