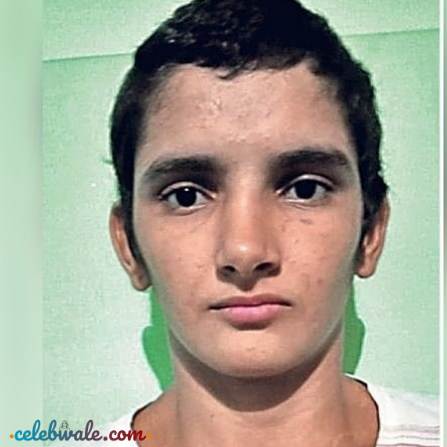 She grew up with a wrestler family, which she also wished to wrestle with since childhood. Therefore, she left her studies after completing the intermediate and started focusing more on her wrestling. She started wrestling training under the guidance of her uncle Mahavir Singh Phogat when she was 11 years old.

At the beginning of training, she had to face a lot of difficulties and she felt that the game is very difficult. She used to get up at 4:00 am daily for her training and also did various types of exercises. Despite her tough routine, she had developed a passion for the sport.

Ritika Phogat was an Indian freestyle wrestler. She was the cousin sister of famous wrestlers Geeta Phogat and Babita Phogat. She was learning wrestling under the guidance of her uncle under Mahavir Phogat.

She also won the state-level sub-junior, junior women’s wrestling competition in her career. Ritika used to practice wrestling by staying at her uncle Mahavir Phogat.

She wanted to grow up to be like her cousin’s sisters Geeta and Babita Phogat and wanted to raise the name of the country in wrestling.

Ritika Phogat, the female sister of Dangal girl Geeta and Babita Phogat, could not bear the defeat in the women’s wrestling final and died on Monday, 15 March 2021, in Mahavir house in Balali, village. After the post-mortem, the police handed over the body to the next of kin.

Ritika was practicing wrestling at Mahavir wrestler’s house for many years. Ritika was a resident of village Jaipur in the Jhunjhunu district of Rajasthan. She practiced at her wrestling Dronacharya Awardee Mahavir Pahalwan’s wrestling academy in village Balali.

Ritika had participated in the state-level sub-junior, junior women, and men wrestling competition held at Lohagarh Stadium in Bharatpur recently. During this time, Ritika lost by one point in the final match. It is being told that Mahavir Phogat was also present there during this match.

Ritika was in shock after the match defeat. On the night of March 15, at around 11:00 am, she gave her life by putting a scarf on the fan in the room of the house in Balali village of Mahavir Phogat. The post-mortem of the body was done at the Civil Hospital, Dadri by the Zozhu Kalan Police Station, and handed over to the family members.

Harvinder Phogat, the cousin brother of the deceased wrestler, said that losing in a state-level wrestling competition is not a big deal. I do not know how Ritika felt and took such a step. Mahavir wrestler and Ritika’s father Menpal were also with Ritika during wrestling.

After losing, Ritika was also told the importance of winning the defeat and told to fight again with hard work in the future. In this case, DSP Ram Singh said that the police has done the post-mortem of the dead body and handed it over to the family.

Family members told her that female wrestler Ritika had lost the match by 1 point in a wrestling competition held in Bharatpur. In this shock, she hanged herself and died. The case is being investigated further by the police.

Ritika Phogat’s age was just 17 years old in 2021. She was the cousin of Indian wrestlers Geeta and Babita Phogat and was following in her footsteps. Her routine started from 4:00 am in the morning by exercising.

She used to do regular exercises for her wrestling to keep her body maintained and fit and kept away from liquids in food. Her food and breakfast were very balanced and healthy, which helped him to fight wrestling.

She keeps eating a healthy diet, nappy food, and fruits and vegetables to maintain her health. Ritika Phogat’s height is 5’3″ feet or 160 cm and her body weight is around 53 Kg or 116 lbs. She has beautiful long black hair color and black eyes.

Ritika Phogat was born into a middle-class Hindu family which was famous for wrestling. She worshiped Hindu deities and also believed in Hindu customs. Ritika Phogat’s father’s name was Menpal Phogat and her mother’s name is not known.

The name of Ritika Phogat’s cousin is Mahavir Phogat was a famous wrestler who has also been awarded the Dronacharya Award by the Government of India.

Ritika Phogat’s cousins ​​are Geeta Phogat and Babita Phogat, both of whom have elevated the name of India in wrestling. A Bollywood film has also been made on Ritika’s sisters Geeta and Babita, which was named Dangal.

After this film, her cousin’s sister became famous in the country as Dangal Girl. Bollywood actor Aamir Khan played the role of Mahavir Phogat in the film.

Talking about Ritika Phogat’s marital status, she was still unmarried, focusing more on her wrestling. But destiny had something else approved and she committed suicide after losing by one point in a final match.

Ritika Phogat used to come from Jaipur, Rajasthan, from where she got her early education. Due to Ritika’s interest in wrestling, she did not pay much attention to writing and practiced wrestling throughout the day.

She wanted to earn a name in wrestling like her sisters Geeta and Babita Phogat. So after leaving her studies, she came to live with her cousin Mahavir Phogat and under her guidance, she was undergoing wrestling training.

Talking about Ritika Phogat’s favorite things, her favorite Bollywood actor was Aamir Khan and the actress was Alia Bhatt. He loved the songs of Yo Yo Honey Singh.

She is very young and also learns wrestling at the current time.

Some Interesting Facts About Ritika Phogat:

This is the latest information on Ritika Phogat Age, Sisters, Father, Family, Suicide, Death, Biography & More. Share this post with your friends and keep visiting us on celebwale.com for famous personalities and trending people’s biography with updated details. If you have any thoughts, experiences, or suggestions regarding this post or our website. you can feel free to share your thought with us.