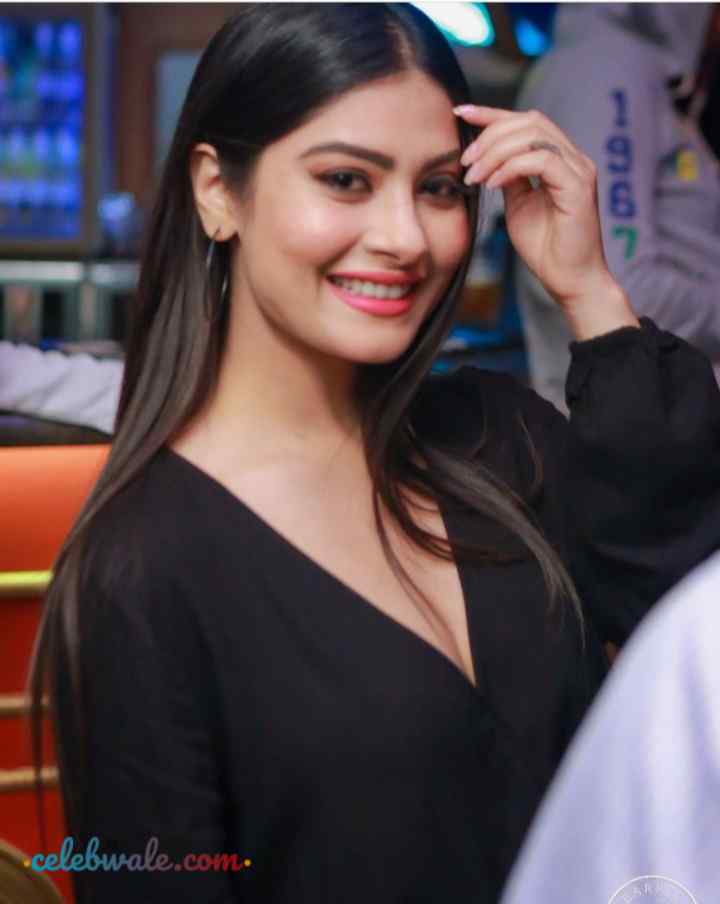 Krishna Mukherjee was born on 12 August 1992 in Ludhiana, Punjab. She is one of the hottest and most popular actresses on Indian television. Her dream was to become an actress ever since she was 15 years old. She started working during her graduation. She started her career in modeling and worked in many TV commercial ads and brand endorsements.

During modeling, Krishna suffered from scopophobia, a disease in which a person feels a kind of fear when he/she is in front of the camera. After Krishna completed her graduation, she joined the Ashtan Lobo Theater Group as a theater artist and learned a lot about acting there. Aston Lobo is a musical artist and is also a great influencer on the theatre stage.

After finishing the theater, Krishna got an opportunity to make the debut of the amazing story of the broken heart show Jhalli Anjali which aired on Channel V in 2014. Then in 2015, Krishna worked on another show on Channel V, Twist Wala Love. Krishna played the role of Alia Yug Sharma in the Star Plus serial Yeh Hai Mohabbatein in the year of 2016, which earned her a reputation and fame in the TV industry and gained a lot of love from the TV audience. This show was telecasted for over three years.

In the year 2019, Krishna Mukherjee’s featured in the famous Bollywood Punjabi singer Guru Randhawa’s music video Black, she was looking very hot and beautiful in this song. This song by Guru Randhawa got so much love from the people and this music video became a hit on YouTube. Along with the song being a hit, Krishna also got a massive success, which became quite popular after this song.

Krishna Mukherjee is a very beautiful and hot TV actress. She is known for playing in the Star Plus serial Yeh Hai Mohabbatein and Colors TV serial Naagin 3. She is so beautiful that her beauty can make anyone crazy. She looks like the famed TV actress Mouni Roy in looks, but she does not like this comparison. Mouni Roy was famous for the Colors TV serial Naagin, hence Krishna Mukherjee played Tanya in the third season of the Naagin serial because her looks are quite similar to the Mouni.

Her work in Naagin 3 was so liked and became popular that she will now be seen in the next season of the Naagin serial in 2021 which is to be telecasted on Colors TV from 7 February 2021. In this version of Naagin, she will be seen as a replacement for actress Mouni Roy, and She will be seen in the lead role of Priya Sharma Singhania.

In this serial, his opposite actor will be Harsh Rajput, who will be seen in the lead role of Rehan Singhania. Krishna Mukherjee’s marital status is still unmarried, but rumors believe that actor Aly Goni is Krishna’s boyfriend, who is having an affair. She is a bit secretive about her personal life, she does not share her personal things.

Krishna Mukherjee is just 29 years old in 2022 and she is one of the most beautiful actresses in the TV industry who belongs to Ludhiana, Punjab. She works hard to keep her body fit and does gym workouts daily.

She takes very nappy food which helps in keeping her body fit. Krishna Mukherjee’s height is 5 feet 4 inches, which is equal to 163 cm. Her bodyweight is 53 kg and Krishna’s figure measurement is 34-27-34. Her eye color is Black and her hair color is also black.

Krishna has a sister in the family beside her named Saru Mukherjee Sharma who is a blogger and her husband is Sumit Sharma. Krishna’s sister Saru Mukherjee won the Best Blogger award. Krishna’s brother’s name is not known. According to some reports, she has a boyfriend and his name is Aly Goni.

Talking about Krishna Mukherjee’s favorite things, her favorite actors are Tom Cruise, Akshay Kumar, Ranveer Singh, and Varun Dhawan, and her favorite actresses are Madhuri Dixit and Priyanka Chopra. Apart from this. She loves to travel like this place Goa, Uttarakhand, Jammu & Kashmir.

Her hobbies are Gymming and Travelling, Dancing and Partying. She loves to wear Saree. And her favorite colors are Yellow and Cyan. We have given a list of all their favorite things, which you must read once.

Krishna Mukherjee’s account is on Facebook and Instagram, and she is popular on Instagram where she shares her latest photos, videos and travel photos, photos of shoots, etc. with her fans. She is very beautiful in appearance, her popularity is increasing on social media, but she is not present on Twitter. Below we are giving you the link to all their social media accounts, on which you can click and directly connect to their account.

Some Interesting Facts About Krishna Mukherjee:

This is the full details on Krishna Mukherjee Biography, Age, Birthplace, Husband, Height, DOB, Family, Serial, Net Worth & More. Share this post with your friends and keep visiting us on celebwale.com for famous personalities and trending people’s biography with updated details. If you have any thoughts, experiences, or suggestions regarding this post or our website. you can feel free to share your thought with us.