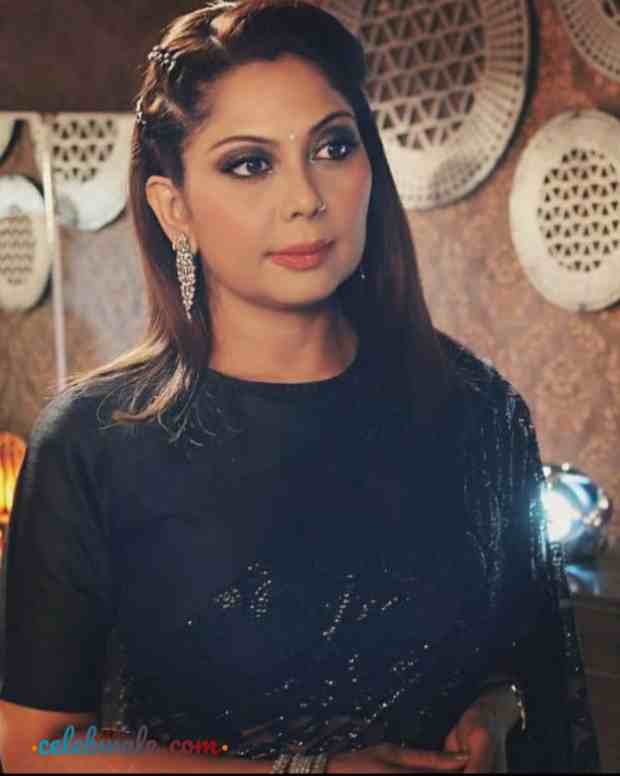 Manini Mishra is a prolific actress in the Indian film industry who has entertained audiences with her brilliant performances in many TV series and Bollywood Movies. Apart from this, she has given her Hindi voice to the lead actresses in the Hindi dubbed version of Hollywood films, which has been well-liked by the audience. Manini Mishra was born on 21 March 1972 in Delhi, India. Her full name is Maninee Dey Mishra and people fondly call him Manini. She has been very close to her mother since her father passed away early and still remembers her.

To dream of becoming a psychiatrist or archaeologist from childhood, she completed her early studies in Delhi. Then after completing her graduation, she started running a boutique in Delhi itself. She had no intention of becoming an actress from the beginning but in the year 1993, at the request of her friend Sushmita Sen, she participated in the Miss Delhi competition and she became Miss Delhi. Then the following year in 1994, she participated in the Miss India beauty pageant, where she was in the top 6 finalists.

After this competition, her initials are to become a successful actress. She did not even know that she would one day establish herself as a successful actress. She started her acting career with the role of Farah in the television serial Amma and Family telecast in the year 1995. Then 2 years later, she gave her Hindi voice to actress Rachel Weisz, playing the character of Evelyn Carnahan in the Hollywood film The Mummy which was dubbed in the Hindi language. Which was liked by the audience.

The horror show was telecasted in the years 2002-2003, she played many different characters, which gave him a lot of recognition in the TV industry. Then played the role of Pari Kapadia in the serial Jassi Jaisi Koi Nahi released in 2003, which was well-received by the audience. Her role as Pari Kapadia was well appreciated by the critics. She was awarded the title of Indian Tele Award for Best Actress in the Comic Role category in 2004 for her brilliant role in the serial.

After the immense success of the serial Jassi Jaisi Koi Nisi, Manini Mishra played different characters continuously in 2004 telecasted serial Sathiya followed by Nach Baliye, Sarabhai vs Sarabhai, Remix, and The Great Indian Comedy Show. Manini has worked in films as well as working in serials, she made her Bollywood debut with the role of Suman in the 2003 film Waisa Bhi Hota Hai Part 2. She has since played important roles in big films like the Bollywood film Krrish, Fashion, Ashok Chakra, and Student of the Year.

She lent her voice to the lead actresses in the Hindi dubbed versions of the famous Hollywood film like Iron Man 2, The Mummy, Avengers Age of Ultron, and Captain Marvel. Manini received 3 times an offer to appear in Colors TV’s popular show Bigg Boss but she turned down the offer each time. She is known for her role as none other than Sony TV’s popular serial Jassi Jaisi Koi Nahin and Dr. Sonali Barve in Sony’s crime show CID. She also played Shagun in the serial Laado 2 which was liked by the TV audience.

After the 2020 Covid epidemic worsened, she is going to be seen as Pam in the next version of Ekta Kapoor’s famous serial Naagin Kuch Toh Hai Naagin Ek Naye Rang Me. Which will be broadcast at 8:00 pm. Apart from Manini in this version of Naagin, actors like Harsh Rajput, Mohit Hiranandani, Resham Tipnis, Chetanya Adib, Himani Sahni, Neha Tomar, Ankita Sahu, and Krishna Mukherjee will be seen in lead roles.

Talking about Manini’s personal details, she married her associate actor Mihir Mishra in the year 2004. Mihir and Manini got this marriage within 1 week after the first meeting. This was a very instant wedding, in which only a few special friends of both of them were able to attend the wedding. After a few years of marriage, Manini gave birth to a daughter whom she lovingly named Dianoor.

Manini Mishra’s age is 50 years old in 2022. she is a beautiful actress in the TV industry who belongs to Delhi, India. Manini Mishra’s height is 5 feet 4 inches, which is 163 cm. Her body weight is 61 kg and Manini’s figure measurement is 36-28-36. Her eye color is Black and her hair color is also Black.

Manini Mishra was born into a middle-class Hindu family, she believes in Hindu beliefs and she worships Lord Ganesha. Manini Mishra’s father’s name is not known but he is a “Builder” and her mother’s name is Kanti Deb who is a housewife. Manini has no brother and no sister in the family. She is a single child of her parents.

Manini’s marital status is married and her husband’s name is Mihir Mishra but they separated from each other for some personal reason. And they have a daughter whose name is Dianoor Mishra. She kept her personal life is private. After separation from her first husband, she lived in Mumbai with her daughter Dianoor and her husband Mihir shifted to Pune with his family.

Manini Said on separation from her husband:

Marriage is also like any other relationship. It also has ups and downs. Yes, Mihir and I have indeed been living separately for the last 6 months. The reason for our separation is very personal and I cannot talk about it. At the same time, I respect the purity of our relationship. We gave our best but the result is not in our hands.

Further, she said that:

Many people get married for 3 weeks but we have been together for the last 16 years. This means that there will be a lot of love, care, and beauty in our relationship. As relationships and people continue to connect with each other over time. We met at different places and now our paths diverged. I have a beautiful view of my life.

Do you know whether it is the outstanding debt of our deeds that we have to fulfill? It is very sad because many people felt that our romantic relationship is like a fairy tale. We were friends first and then later partners. I hope that our friendship will survive because of this. As happiness is necessary for every human being and she should not make any compromise on it.

However, regarding the divorce, she says that she cannot say anything because there is no talk to Mihir about this. Also, Manini has appealed to the media to maintain privacy and respect. She told that she spent a very beautiful 16 years with Mihir and after that, I want to wish him all the best for his life ahead.

Manini Mishra is a very experienced tv and Bollywood actress. She has experience of more than 25 years in the acting industry. She had earned a lot of name, fame, and money in the Bollywood industry, and her net worth is approx 3 to 5 million dollars and she takes charges of approx INR 1 lac to 3 lac per episode.

Manini Mishra’s account is on Facebook and Instagram, and she is popular on Instagram where she shares her latest photos, videos and travel photos, photos of shoots, etc. with her fans. She is very beautiful, whose popularity is increasing on social media, she is not present on Twitter. Below we are giving you the link to all their social media accounts, on which you can click and directly connect to their account. More than 26k followers are available on Manini Mishra’s Instagram account and 56k people follow her on her Facebook account. Manini Mishra has not yet been covered by Wikipedia, which is why she is not present on Wikipedia.

Some Interesting Facts About Manini Mishra:

Disclaimer: All images are available on Manini Mishra’s official Instagram Account. Images can be taken from her official Instagram account for educational purposes. Image Credit goes to the respective owners of the Image Creator. We try to gather accurate data but sometimes there might be some mistakes, Kindly let us know if you find mistakes, and we would correct them. We do not Guarantee/Claim That the information we have gathered is 100% correct.

This is the full details on Manini Mishra Biography, Age, Height, Family, Mother, Husband, Net Worth & More. Share this post with your friends and keep visiting us on celebwale.com for famous personalities and trending people’s biography with updated details. If you have any thoughts, experiences, or suggestions regarding this post or our website. you can feel free to share your thought with us.