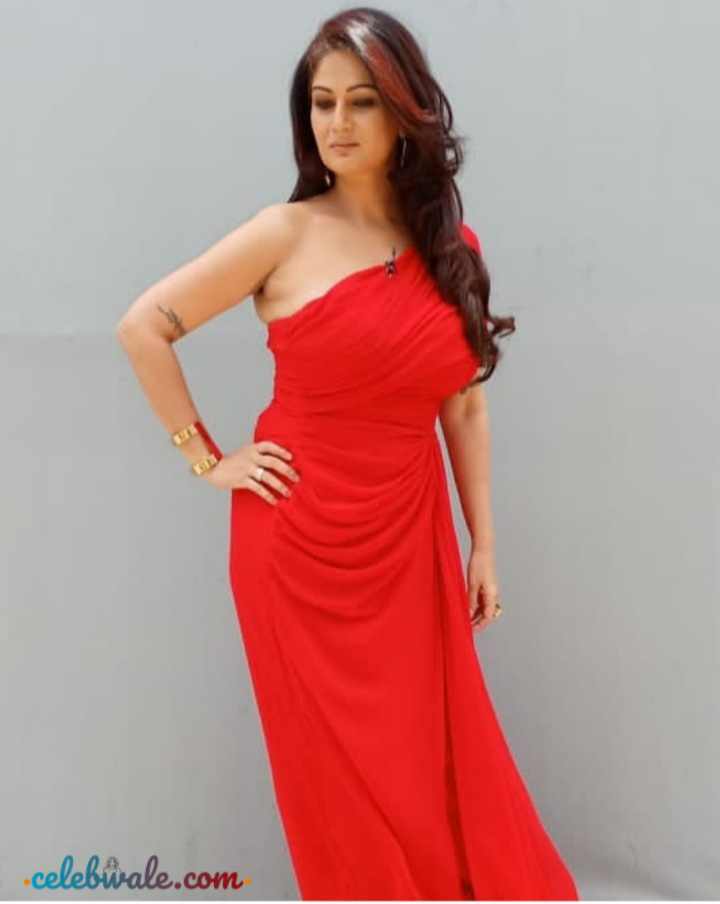 Resham Tipnis was born on 28 August 1973 in Mumbai Maharashtra, she is a famous actress and dancer of the Indian television industry and Bollywood industry. She has taken early childhood school education in Mumbai. After getting her initial education, Resham started focusing on acting instead of studying for her graduation.

She began to pursue a career in acting, and after a few days of struggle, Resham got a small role in Shah Rukh Khan and Kajol’s popular film Baazigar, which was released in the year 1993. The same year, Resham had the opportunity to play the lead role in Bhishma Pratigyan, an Odia film.

In the serial Campus aired in the year 1994, She made her debut in the TV industry with the role of Anjali Narang. The show was well received by the TV audience and Resham gained popularity in the TV segment. Subsequently, Resham presented her brilliant performances in serials like Shriman Shrimati, Gudgudi, Woh Rahi Mahalo Ki, Do Dil Ek Jaan, Ghar Ek Sapna, Satrangi Sasural.

Resham Tipnis is one of the finest and beautiful actors of the Indian television industry and Bollywood industry, who has made an impression in the hearts of viewers with her acting in many TV serials and Bollywood films. Resham has worked in several serials in the Marathi television industry apart from working in Bollywood movies, she participated in Marathi Bigg Boss 1 as a contestant.

She was eliminated on the 91st day from the Bigg Boss Show. In the year 2021, Resham will be seen in Ekta Kapoor’s new serial Kuch Toh Hai Naagin: Ek Naye Rang Mein. Apart from him in the show, Christina Patel, Mohit Hiranandani, Manini Mishra, Neha Tomar, Harsh Rajput, Krishna Mukherjee, Chetanya Adib, etc. will be seen.

This serial of Ekta Kapoor will be aired on a Colors TV channel on Saturday and Friday. Talking about the personal details of Resham Tipnis, she is a divorced who has two children who live with her father.

Resham Tipnis‘s age is 47 years old and she is one of the beautiful actresses in the TV industry who belongs to Mumbai, Maharashtra. She works hard to keep her body fit and does gym workouts daily. She takes very nappy food which helps in keeping her body fit.

Resham Tipnis’s height is 5 feet 4 inches, which is 163 cm. Her bodyweight is 60 kg and Resham’s figure measurement is 35-26-36. Her eye color is dark brown and her hair color is also black.

Resham Tipnis’ husband’s name is Sanjeev Seth, she married at the age of 20 with 12 years elder actor Sanjeev Seth in the year 1993. They worked together with Sanjeev in the serial Campus telecasted on the Doordarshan channel. The marriage of both of them was also happy but both of them divorced each other in the year 2004.

Resham also files a complaint of domestic violence against Sanjeev. The couple also had children before being divorced, who live with Resham’s ex-husband Sanjeev. She loves her children very much and regularly goes to meet them. Resham Tipnis has a Son named Manav Seth and she also has a daughter named Rishika Seth.

Sanjeev married his costar, Lata Sabharwal, in January 2010 after divorcing from Resham, the two worked together in the serial Yeh Rishta Kya Kehlata Hai. After divorcing her husband, Resham moved forward in her life and now she is in a live-in relationship with Sandesh Kirtikar, she also keeps sharing stunning pictures with her boyfriend on social media.

Resham Tipnis’s boyfriend’s name is Sandesh Kirtikar. Resham later revealed in an interview with The Times of India that her decision to divorce was wrong, which she took due to some immature misunderstanding. But right now she is very happy with his boyfriend Sandesh Kirtikar and both are spending quality time with each other.

Resham Tipnis is 47 years old and belongs to Mumbai Maharashtra. He received his early education in Mumbai. Resham did her high school from I.E.S Modern English School, Mumbai, and also did her intermediate studies from this school. He graduated after intermediate but college details are not available.

She is very beautiful in appearance, whose popularity is increasing on social media, she is not present on Twitter. Below we are giving you the link to all their social media accounts, on which you can click and directly connect to their account.

Resham Tipnis also present on Twitter and have more than 1k followers on Twitter. Resham Tipnis has been also covered by Wikipedia, below in the table we give you Wikipedia links.

Resham Tipnis has worked in many tv serials which we have given in the table, which you must read once.

Some Interesting Fact About Resham Tipnis:

This is the full details on Resham Tipnis Biography, Age, Height, Family, Father, Husband, Marriage, Child, Movie List, Serial, Instagram & More. Share this post with your friends and keep visiting us on celebwale.com for famous personalities and trending people’s biography with updated details. If you have any thoughts, experiences, or suggestions regarding this post or our website. you can feel free to share your thought with us.