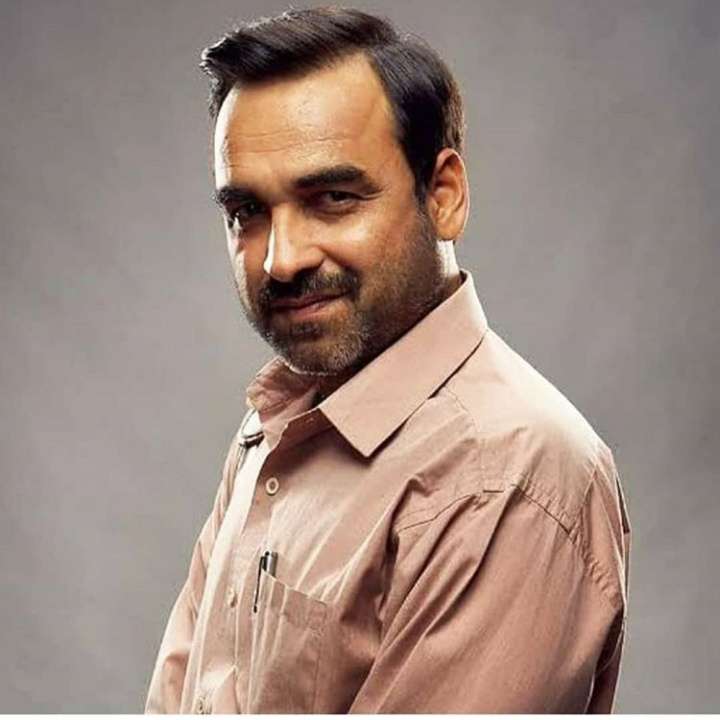 Pankaj Tripathi is a Bollywood actor who is predominantly known for his work in Hindi films. He was born on 28 September 1976 in Belsand village of Gopalganj district of Bihar. He got his early education from the village school itself. He used to do farming in the fields with his father during his school days and he used to take part in village plays during the festive season. After seeing his performance in the play, many villagers used to ask him to make a career in acting.

Later he came to Patna for higher education and completed his graduation. During his college, he joined ABVP and started a student movement. He was an active student leader and eloquent speaker in his college and used to make a deep impact on the people with his voice. Apart from being active in college politics, he was also good at sports. He has also represented his college in the high jump and 100 meters race. After completing his graduation, he did a course in hotel management from the Institute of Hotel Management, Hajipur, and worked as a cook for two years at the Maurya Hotel in Patna.

He got very impressed while watching Laxminarayan Lal’s theatrical show Andha Kaun at the Proscenium Theatre. He started going to see more theatrical dramas and shows in Patna itself so that he also had an understanding of acting. In 1995, he played a small role in the theatrical show Leela Nandlal directed by Vijay Kumar (NSD Pass Out). He was in the character of a thief in that show, which was appreciated by the audience and the media. He joined theater in 1996 and was a part of theatrical shows for 4 years.

In 2001, Pankaj gave the exam of the National School of Drama which he passed. From 2001 to 2004, he taught the nuances of acting at the National School of Drama. He came back to Patna after NSD and did theatrical shows for about 4 months. After that, he moved to Mumbai with his wife on 16 October 2004 to fulfill his acting aspiration. From 2004 to 2010, he played a variety of minor roles in films and television, including the Tata Tea Ad commercial.

In 2004, Pankaj made his debut in a small role in Abhishek Bachchan and Vijay Raj starrer film Run. He also appeared in Star Plus serial Gulal in 2010. During the shooting of Gulaal, he was called by Mukesh Chhabra, the casting director for Anurag Kashyap’s Gangs of Wasseypur. Initially, Anurag was not in favor of casting her but after much persuasion from Mukesh Chhabra, he finally agreed to cast Pankaj in the film.

His role as Sultan Mirza in Gangs of Wasseypur got a tremendous response from the audience, after which he started getting many offers for films. He worked in many films including Fukrey, Manjhi The Mountain Man, Masaan, Newton, Gurgaon, Bareilly Ki Barfi, Fukrey Returns, Munna Michael, Ludo, and Stree.

Pankaj Tripathi’s age is 45 years old in 2022 and his height is 5 feet 10 inches, which is equal to 178 centimeters. Pankaj’s body weight is about 88 kg, he takes a proper diet to keep his body fit. His eye color is Dark Brown, and his hair color is also Black.

Pankaj was born in a rural family in Patna, Bihar. His father Pandit Banaras Tripathi Ji is a farmer and his mother Hemwanti Tripathi is a housewife. He has 3 brothers and 2 sisters who live in the village of Patna. Tripathi’s marital status is married and he lives in Mumbai with his wife Mridula Tripathi and daughter Ashi Tripathi.

The total net worth of Pankaj Tripathi is more than ₹ 45 crores. His monthly earnings are more than ₹ 30 lakhs. He charges around ₹4 crore to ₹5 crores per movie. He lives in a luxurious house located at Mud Island, Mumbai. Apart from this, the price of his house located in Bihar is around ₹ 15 crores. He also has investments in real estate properties. Pankaj also endorses many brands for which he charges ₹1 crore to ₹3 crore. He owns luxury cars like Mercedes Benz E200, Mercedes ML 500, and Toyota Fortuner.

Some Interesting Facts About Pankaj Tripathi

Que. What are the fees of Pankaj Tripathi?

Ans. He charges around ₹4 crore to ₹5 crores per movie.

Que. Who is the brother of Pankaj Tripathi?

Que. Why Pankaj Tripathi is famous?

Ans. Pankaj is a Bollywood actor who is predominantly known for his work in Hindi films.

Ans. Yes, Pankaj is a Bihari. He was born in Belsund, Gopalganj, Bihar.

This is the latest information on Pankaj Tripathi Biography, Age, Height, Father, Family, Wife, Net Worth & More. Share this post with your friends and keep visiting us on celebwale.com for famous personalities and trending people’s biography with updated details. If you have any thoughts, experiences, or suggestions regarding this post or our website. you can feel free to share your thought with us.