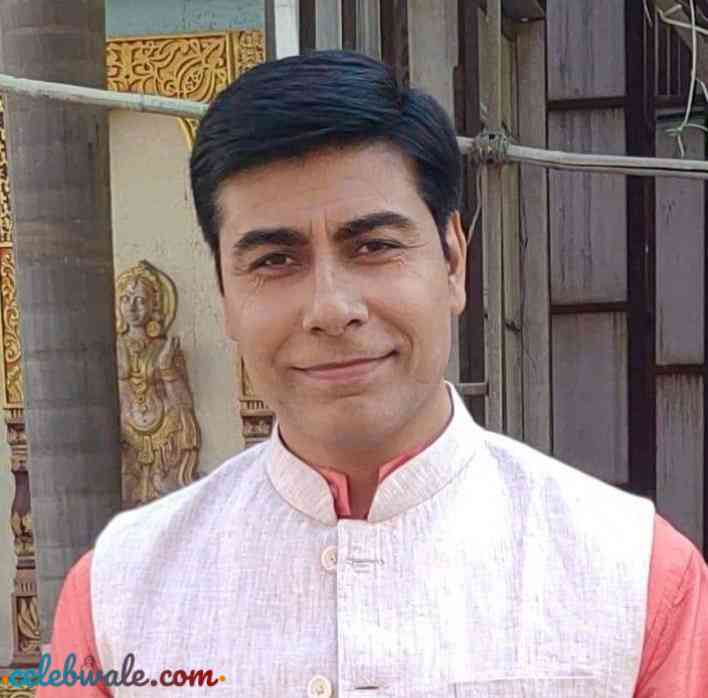 Chetanya Adib was born on 10 November 1971 in Pink City Jaipur of Rajasthan. Being from a film family, he had dreams of becoming an actor since childhood. Chetanya’s grandfather, Prem Ji Adib, was one of the prominent actors of Bollywood, so he attended theater during his studies in Jaipur and learned acting tricks. He gained considerable popularity and experience while acting in theater. Chetanya moved to Mumbai in 1996 to pursue a career in the entertainment and film industry.

Where he got a small role in the Hindi TV serial Yudh after a few days of struggle but remained in the 50th episode of the serial. After this Chetanya played the negative lead role in the television serial Kunti which was telecasted on the Doordarshan TV channel. His strong performance in this serial helped him gain popularity in the industry. After the success of the Kunti serial, Chetanya worked in many Bollywood films and many TV shows. He showcased his strong acting in Bollywood movies and TV serials like Mumkin, Swaraj, Papa, Babul Ki Duayen Leti Ja, CID, Aahat, Clue, Lekin, Mohra, Crime Patrol, etc.

Chetanya Adib played Anandi’s father in Colors TV’s popular serial Balika Vadhu, which was well received by the TV audience and gained a lot of popularity. The serial Balika Vadhu was based on the Rajasthani family and due to Chetanya being billed from Rajasthan, he played his role so strongly that people started calling her Anandi’s Bapu (Father). Apart from film and serials, Chetanya is a well-known name in the area of ​​dubbing and voice-over.

Chetanya has been given his voice in the Hindi dubbed version of the Hollywood film Fast & Furious to actor Paul Walker, due to which he is very much Famous. Adib also lent his Hindi voice to spiderman’s best friend Harry in the third edition of the famous Hollywood movie Spiderman. Chetanya’s voice can be heard on Discovery and various channel programs and shows.

Chetanya Adib’s age is 50 years in 2022 and he belongs to the state of Rajasthan. Chetanya’s look is excellent, and he has made his body strong through hard work in the gym so that he looks fit and fine. Chetanya Adib’s height is 6 feet 0 inches, which is equal to 183 centimeters. His body weight is about 72 kg, he takes a proper diet to keep his body fit so that his body measurement is 40-32-12. His eye color is Black color, and his hair color is Black.

Chetanya Adib’s main source of earning is his acting when it comes to net worth income and salary, he is a great voice-over artist who has lent his voice to the Hindi dubbed version of many Hollywood, Tamil movies. They also earn good money by dubbing the voice.

He is also available on Twitter where he has more than 100 followers on Twitter. He keeps updating his photos and shows related information on his Facebook account. Chetanya Adib is also covered by Wikipedia and he is not available on Youtube. Here we are giving you the links to all their social media accounts related to Chetanya Adib in the table below. By clicking on that link directly, you will reach their social media page and you can follow them if you want.

Some Interesting Facts About Chetanya Adib:

This is the full details on Chetanya Adib Biography, Age, Height, Family, Wife, Children, Net Worth & More. Share this post with your friends and keep visiting us on celebwale.com for famous personalities and trending people’s biography with updated details. If you have any thoughts, experiences, or suggestions regarding this post or our website. you can feel free to share your thought with us.