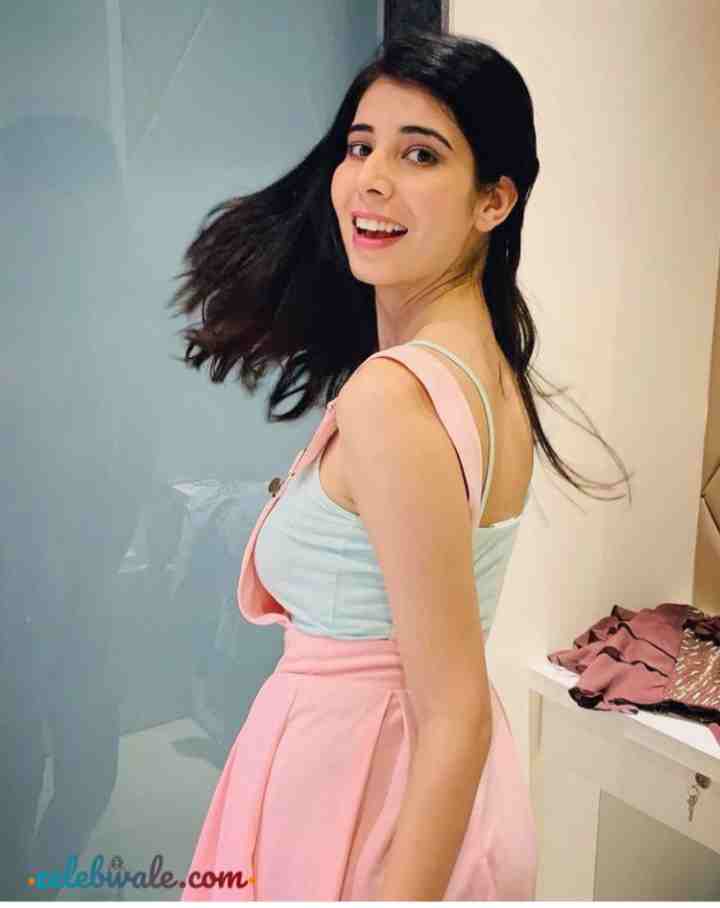 Neha Tomar was born on 06 October 1997 in Bangalore, Karnataka. Neha was fond of modeling since childhood. She took her early studies in Bangalore and completed her high school and Intermediate education at Sandeepani School, Bangalore. She also earned her graduation from Presidency College. At the age of 14, she attended Miss South India in 2012 then Neha was in her second year of graduation.

Neha Tomar won the title of Centro Femina Miss Beautiful Legs at Pantaloons Femina Miss India South 2012 where she was crowned on her head by Centro director Sridhar. After this, she came into Limelight and she also worked in many TV ads. Neha worked in TV ads for big companies like Zomato and Hyundai.

Later she is a supporting actress in the Bollywood TV industry and film industry who has played supporting roles in different genres of films like romance, comedy, thriller, and drama. She first got recognition in the industry from the 2015 film Wedding Pulav. The film was a romance and comedy film directed by Binod Pradhan.

Anushka Ranjan and Sonali Segal were seen in lead roles in the film. Neha has also worked in a short film, which was based on a short mystery story, written and directed by Tejvir Bhardwaj. Stay connected with us for more information related to Neha Tomar.

Neha Tomar is an Indian television and film actress and also a Miss India South 2012 finalist at the age of 14. She is a beautiful hot model and actress in the Bollywood film industry and TV, who has so far played supporting roles in films and serials. After making her mark with Bollywood film Wedding Pulav, she played the lead role in the SAB Tv serial Police Factory.

In the serial, she played the character Ruby Srivastav, who is a resident of Lucknow city and speaks in pure Urdu, which makes people have trouble understanding her words. Police Factory was telecasted on SAB Tv in 2015. Neha then worked in the TV series Friends: Condition Apply. It was a TV series in which Amit Behal, Adnan Khan, and Nitin Chauhan were seen in the lead role.

This TV series appears to revolve primarily around a girl who is the only witness to the murder of her parents, who are planning to drive their elder brother out of jail. Neha Tomar is set to appear in Ekta Kapoor’s popular TV series Naagin in 2021 this year in Kuch Toh Hai Naagin: Ek Naye Rang Mein, which is scheduled to air on Colors TV channel from 8 February Sat-Sun at 8 PM.

Neha Tomar TV serial & Movies list is given below:

Neha Tomar age is just 24 years old in 2022 and she is one of the most beautiful actresses in the TV industry who belongs to Bangalore, Karnataka. She works hard to keep her body fit and does gym workouts daily. She takes very nappy food which helps in keeping her body fit.

Neha was born into a Prosperous Hindu family, she believes in Hindu beliefs and she worships Lord Ganesha. Neha Tomar’s father’s name is Satendra Kumar Tomar and her mother’s name is Raageshwari Tomar. Neha has a brother in the family beside her whose name is Nikhil Tomar and her sister named Not Known.

Neha’s marital status is still unmarried and her husband’s name is unknown. Talking about Neha’s affair, she has come close to Paras Arora since she was working in SAB TV’s serial police factory, news of her affair also started coming on the internet. At this time, Neha Tomar’s boyfriend’s name is Paras Arora. She kept her personal life totally private.

Tomar’s favorite actor is Arjun Rampal and Ranbir Kapoor and her favorite actress are Deepika Padukone and Alia Bhatt. In an interview, she told that she loves Arjun Rampal’s hot look and amazing acting skills, and she wants to work with him.

Another question asked to go on vacation with a celebrity, she said that she would go on vacation with Ranbir Kapoor. Neha is fond of traveling, dancing, photography, and outdoor sports. Below we have given a list of all their favorite things in the table that you must read once.

The total net worth is nearly about ₹35 lakhs and the salary of Neha Tomar is ₹30k to ₹35k per episode. She is a very young artist, who is trying to take her place in the TV industry.

Tomar’s account is not available on Facebook but her account is available on Instagram, and she is quite popular on Instagram where she shares her latest photos, videos and travel photos, photos of shoots, etc. with her fans. She is very beautiful in appearance, and her popularity is increasing on social media, but she is not present on Twitter.

Below we are giving you the link to all their social media accounts, on which you can click and directly connect to their account. More than 20k followers are available on Neha’s Instagram account and how many people follow her on her Facebook account, is difficult to tell because she has not been present on Facebook. Neha has not yet been covered by Wikipedia, which is why she is not present on Wikipedia.

Some Interesting Facts About Neha Tomar:

This is the full details on Neha Tomar Biography, Age, Height, Father, Family, Husband, Net Worth & More. Please share this post with your friends and keep visiting us on celebwale.com for famous personalities and trending people’s biography with updated details. If you have any thoughts, experiences, or suggestions regarding this post or our website. you can feel free to share your thought with us.