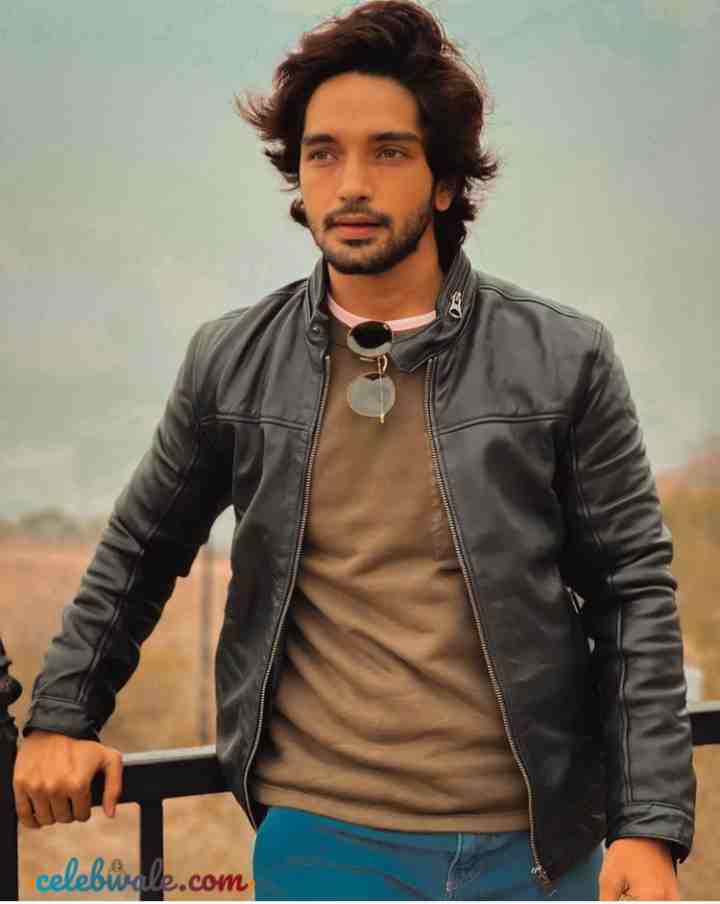 Harsh Rajput was born on 5 January 1988 in Navsari Gujarat. His full name is Harsh Jayesh Rajput. He is one of the finest actors in the TV industry who is known for acting in TV serials and films. Harsh had spent more of his childhood in Gujarat, which makes him know the Gujarati language very well. He used to participate in his school’s theatrical play as a child, and from there he became interested in acting.

After completing his 12th studies in Gujarat, he moved to Mumbai, came to Mumbai to aspire to act. He got his college education in Mumbai itself, but he started having problems with language and culture here in Mumbai but slowly he came out of these problems. Harsh took dance training during his college and soon became a trend dancer. He also represented his team in the zonal-level dance competition.

After finishing college, Harsh Rajput started his career as a model. Due to his good looks and acting skills, Harsh got a chance to work in TV commercial ads and he did TV ads for many big companies like KFC, Nokia, Samsung, Tata Docomo, and 7Up. Harsh Rajput got his first TV break in his career with the Star Plus serial Dharti Ka Veer Yudh Prithviraj Chauhan in the year 2006, in which he played the role of Pundir.

He then appeared in the role of Agni in the 2008 serial Dharam Veer, aired on NDTV Imagine. His acting skills were so good that Harsh continued to receive serial offers and he presented a brilliant piece of acting by playing different characters in different serials.

Harsh Rajput is a well-known actor in the Indian television world, known for his brilliant performances in serials like Sapne Suhane Ladakpan Ke, Janbaaz Sindbad, Saath Nibhana Saathiya, and Nazar. Harsh has also done some episodic roles in some TV serials and shows like Yeh Hai Aashiqui, Savdhaan India, Aahat, and Pyaar Tune Kya Kiya. He has also worked on some Gujarati projects such as music videos.

The serial Nazar which was aired in the year 2018 to 2020, gave him a distinct identity in the TV field, in which he played the lead role of Ansh Rathore was much liked and loved by the TV audience. Harsh has also worked in some Bollywood movies in his career, such as Krantiveer the Revolution, Aalaap, and Traces of Sandalwood.

In the year 2021, a new version of the Nagin serial Kuch Toh Hai: Nagin Ek Naye Rang Me will be telecasted on Colors tv from 7th February, and Harsh will be seen in the lead role of Rehan Singhania. Talking about the Marital status of Harsh Rajput, he is still unmarried, he wants to keep his personal life secret, so his girlfriend’s name is not known yet.

Harsh Rajput’s age is 33 years in 2021 and he belongs to the state of Maharashtra. Harsh’s look is excellent, and he has made his body strong by hard work in the gym so that he can look very smart.

Harsh Rajput’s height is 5 feet 9 inches, which is 170 centimeters. His body weight is about 65 kg, he takes a proper diet to keep his body fit so that his body measurement is 38-32-12. His eye color is Greenish, and his hair color is black.

Harsh Rajput was born into a Kshatriya Hindu family, which was a prosperous family. He believes in the Hindu deities. Harsh Rajput’s father’s name is Jayesh Rajput, who has done b.tech from the civil branch and now he is a civil engineer and his mother’s name is Heenaa Dutt Rajput, who is a Fashion designer.

Harsh also has a younger brother in the family named Preet Rajput and his marital status is unmarried but according to reports, he has an affair with somebody but they did not accept their relationship publicly.

Harsh Rajput‘s early schooling was completed in Navsari, Gujarat. He passed his high school and intermediate examination from St. Francis of Assisi Convent High School, Navsari, and after that, he has completed his Bachelor of Arts (B.A) degree from the reputed college of Mithibai College of Arts, Mumbai.

His hobbies are traveling, dancing, and playing the guitar. Harsh loves to travel, London, Paris, and Gozo are among his favorite places. We have given the list of  Harsh’s favorite things on the table, you must read it once.

Harsh Rajput has a net worth of $1 million. and his income source is acting in TV serials. He belongs to a Prosperous family in India.

Harsh Rajput’s verified account is available on Instagram, Facebook, and Twitter, his accounts have got a blue tick so fans will have face no problem joining on social media. Below we are giving all the social media accounts of Harsh in the table, where you will be able to directly access their profile by clicking and connecting with them.

Talking about the serial of Harsh Rajput, he started his TV career in the year 2006, playing the role of Pundir in the serial Prithvi Ka Veer Warrior Prithviraj Chauhan. Since then, he has worked in many TV shows and TV serials. He is set to appear in a new version of the Naagin series Kuch Toh Hai Naagin: Rehaan Singhania in the lead role in 2021 which is scheduled to air on Colors TV from 8 February. In the table below we have covered all his serials, which you must read once.

Harsh Rajput has also worked in some movies whose names we are sharing with you.

Some Interesting Fact About Harsh Rajput:

This is the full details on Harsh Rajput Wiki, Bio, Age, Wife, Height, Family, Father, Gf, Serial, Instagram, Movies, Net Worth & More. Share this post with your friends and keep visiting us on celebwale.com for famous personalities and trending people’s biography with updated details. If you have any thoughts, experiences, or suggestions regarding this post or our website. you can feel free to share your thought with us.