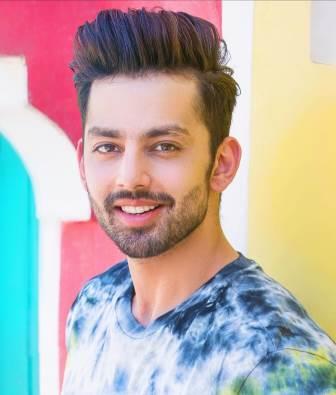 Himansh Kohli is an Indian television actor known for the Bollywood movie Yaariyan. Before Bollywood, he was famous for his role as Raghav Oberoi in the Channel V television serial Humse Hai Life. He hails from Delhi and was born on 3 November 1989 in Delhi. He did his early education at Delhi’s K.R. Mangalam World School. He was a big fan of Rajesh Khanna Ji since childhood. Considering him as his role model, he moved to Mumbai after Intermediate.

When he could not find work during the struggles of 4 or 5 months in Mumbai, he came back to his home in Delhi. After that, he joined Amity University where he completed his studies in Mass Communication and Journalism. After studying journalism, he did an RJ internship at Radio Mirchi. After participating in the talent hunt competition in college, he got a chance to work in Channel V’s TV serial Humse Hai Life.

In May 2012, he was cast by Divya Khosla Kumar for the film Yaariyan. He played the character of Lakshya in the movie and the film was successful at the box office. Himansh then acted in films like Jeena Isi Ka Naam Hai, Sweetiee Weds NRI, Ranchi Diaries, and Dil Jo Na Keh Saka.

In 2018, he was seen in the movie Abhi Nahi Toh Kabhi Nahi. He is shooting for his upcoming film Boondi Raita. Apart from films, Kohli has also worked in many hit music videos. He has given his performance in songs like Oh Humsafar, Main Jis Din Bhulaa Du, Wafa Na Raas Aayi, Dil Galti Kar Baitha Hai, and Mast Nazron Se.

Himansh Kohli’s age is 32 years in 2022 and his height is 5 feet 8 inches, which is equal to 173 centimeters. His body weight is about 75 kg, he takes a proper diet to keep his body fit so that his body measurement is 44-32-17. His eye color is Black, and his hair color is also Black.

Himansh was born in an affluent Hindu family in Delhi. His entire family believes in Hinduism. Himansh Kohli’s father’s name is Vipin Kohli and his mother’s name is Neeru Kohli. Apart from parents, there is also a sister named Disha Kohli. His marital status is still unmarried. Although Kohli has had many affairs. Since childhood, he looked outstanding and handsome in appearance. His family members also called him a hero.

He had many girlfriends during his school and college days. Himansh was in discussions about his relationship with Neha Kakkar. The two were in a relationship for a few years and had even acknowledged their love on social media. Everything was going well when Neha revealed the breakup on social media. After the breakup, he separated from Neha Kakkar and after that, he was not discussed having an affair with anyone.

The total net worth of Himansh Kohli is around ₹ 10 crores to ₹ 14 crores. He mainly earns good money by working in films and music videos.

Some Interesting Facts About Himansh Kohli:

Que. Who is Himansh Kohli’s GF?

Ans. No, Himansh is still unmarried.

Que. What is the real age of Himansh Kohli?

Que. Where is Himansh Kohli from?

This is the full details on Himansh Kohli Biography, Age, Height, Father, Family, Wife, Net Worth & More. Share this post with your friends and keep visiting us on celebwale.com for famous personalities and trending people’s biography with updated details. If you have any thoughts, experiences, or suggestions regarding this post or our website. you can feel free to share your thought with us.