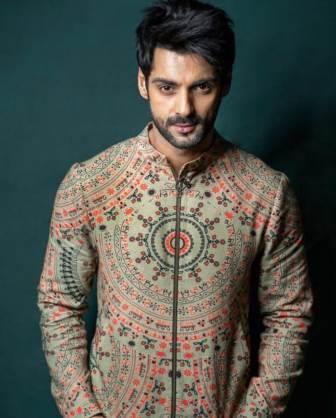 Karan Wahi is an Indian model, actor, and television host who is known for his roles in TV serials and for hosting TV shows. He was born on 9 June 1986 in New Delhi. Wahi did his early education at St. Mark’s Senior Secondary Public School located in Delhi. After that, he enrolled in IILM Institute for his graduate studies. Karan has been fond of playing cricket since childhood.

But later he had to leave the game due to a major injury during the Under-19 trials. After that, he did a marketing course to join his father’s business. Later, on the advice of his father, he made his portfolio, which was seen by the casting director of the TV serial Remix, and he was called to Mumbai for an audition. Finally, in 2004, he was cast for the character of Ranveer Sisodia in the TV serial Remix, which increased his fame.

In the same year, he appeared in the serial Dill Mill Gayye as appeared in the role of Dr. Siddhant Modi. In 2011, he participated as a contestant in the TV show Jeele Yeh Pal where he was the winner of the show. He has also hosted shows like Nach Baliye 5, Nach Baliye 6, Indian Idol Junior, Dance India Dance Super Moms, Indian Idol 7, The Voice, and Dance India Dance 7.

In 2020, Karan joined Colors TV’s popular show Fear Factor: Khatron Ke Khiladi Made in India as a contestant where he was the first runner-up of the show. Apart from working in TV serials and shows, he has also acted in some web series and Bollywood films. In 2016 he had a cameo in I Don’t Watch TV which was aired on Arre and Youtube.

He is also the owner of a restaurant in Mumbai. Karan recently launched his new restaurant ‘French Us’. This restaurant of his is located in Andheri, Mumbai, and delivers food all over Mumbai.

Karan Wahi’s age is 35 years old. He is a tall stature actor who is famous in the industry for his best looks. He also works hard on his fitness which helps his body to get the perfect looks, shape, and size.

Karan Wahi’s height is 5 feet 10 inches, which is equal to 178 centimeters. Wahi’s body weight is about 75 kg, he takes a proper diet to keep his body fit so that his body measurement is 44-32-17. His eye color is Black, and his hair color is also Black.

Karan was born in an upper-middle-class Hindu Brahmin family to a Punjabi father and Kashmiri mother. His entire family worships Hindu deities and believes in Hinduism. His father’s name is Arun Wahi and he is a businessman. Karan’s mother’s name is Veena Wahi and she is a former vice-principal.

Apart from her parents, he also has an elder sister named Priyanka K Bhatia who is married and living a happily married life with her husband abroad. His marital status is still unmarried. Karan is currently dating his new girlfriend Uditi Singh.

The total net worth of Karan Wahi ranges from around ₹15 crores to around ₹20 crores. His main source of income is through his skills as an actor and anchoring in TV shows. He charges around ₹1 lakh to ₹1.5 lakh per episode in TV serials or shows. Apart from acting, he also appears in TV commercials for various brands like Chevrolet and Odonil, for which he charges up to lakhs of rupees. He also owns a BMW 4 Series car.

Some Interesting Facts About Karan Wahi:

Que. Is Karan Wahi a Sikh?

Que. How old is Karan Wahi?

Que. How tall is Karan Wahi?

Ans. Karan is 5 feet 10 inches i.e. 178 cm tall and a wide actor who is famous in the industry for his best looks.

Ans. Karan is a non-vegetarian person and loves to eat butter chicken frequently.

This is the full details on Karan Wahi Biography, Wife, Age, Height, Education, Serials, Net Worth & More. Share this post with your friends and keep visiting us on celebwale.com for famous personalities and trending people’s biography with updated details. If you have any thoughts, experiences, or suggestions regarding this post or our website. you can feel free to share your thought with us.