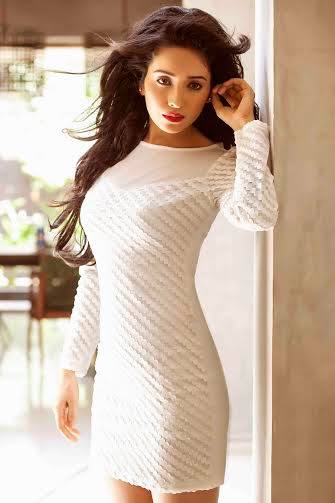 Asha Negi is a very beautiful actress in the Indian television industry who has worked in many TV serials and web series and films. She was born on 23 August 1989 in Dehradun, Uttarakhand.

She received her early education in Dehradun, and after that, she passed the high school examination at St. Mary’s Higher Secondary School, Dehradun. Asha, who aspired to be a model and actress since childhood, did her college education at DAV College Dehradun.

She did her Bachelor of Commerce (B.Com) degree from this college. After completing her graduation she did her post-graduation in MBA. After that, she also worked at Tours & Travel Consultancy Agency in Bangalore and lived with her elder sister in Bangalore.

After winning the crown of Miss Uttarakhand, she got the offer to participate in the advertisements of many companies and got photoshoots done. She later auditioned for her first television show Sapne Se Bhare Naina, which was aired on the Star Plus television channel in the year 2010.

In this serial, she played a supporting role named Madhura. After this, she appeared in the negative role of Apeksha Malhotra in the serial Bade Achhe Lagte Hain in 2011 produced by Balaji Telefilms.

Asha’s first main role started with the Zee TV serial Pavitra Rishta, in which she impressed everyone with her strong acting in the role of Purvi Deshmukh. Negi was awarded the Stellar Performer of the Year at the Gold Awards for her strong performances, the Zee Rishtey Award for Favorite Jodi with Rithvik, and the Indian Telly Awards for Fresh Face Female.

Negi and Rithvik became very close to each other while working together in the serial Pavitra Rishta. The two started dating each other, after which both of them participated together in Star Plus’s couple dance reality show Nach Baliye Season 6.

Both won the title of the Nach Baliye show, beating everyone with their dance. Apart from this, Asha played the role of Seethalakshmi Bai in the Sony TV serial Shubh Vivah in the year 2012. She has appeared as a guest in the serial Punar Vivaah, Hitler Didi, Sapne Suhane Ladakpan Ke, and Bigg Boss 6 which aired in the year 2012.

She has also appeared as a guest in the 2013 serial Qubool Hai, India’s Best Dramebaaz, Dance India Dance Super Moms. She played the role of Suhana Dewan and Kalpana Raghav Singhania in the serial Ek Muthi Aasman which aired in the year 2014.

She leaves a mark in the hearts of the audience on the basis of her superb acting, made her debut in the year 2019 with the role of Gauravi Karmakar in ALTBalaji’s web series Baarish. She also appeared in Zee5’s famous web series Abhay 2 in the year 2020 in which she played the role of Sonam Khanna, a news reporter.

In the year 2020, Asha Negi made her film debut with the Bollywood film Ludo which was directed by Anurag Basu and aired on the OTT platform Netflix. Apart from him, Abhishek Bachchan, Aditya Roy Kapur, Rajkumar Rao, Pankaj Tripathi, and Fatima Sana Shaikh played the lead roles in this film.

This year in 2021 she is going to be seen in another Bollywood film Collar Bomb, directed by Dnyanesh Zoting and the film will be released on 9th July 2021 on the OTT platform ZEE5. She will be seen in the lead role alongside Bollywood actor Jimmy Shergill in the film.

In the year 2011, Asha Negi played the main role of Purvi Deshmukh in the Zee tv serial Pavitra Rishta. In this serial, She won the Stellar Performer of the Year at the Gold Awards, the Zee Rishtey Award for Favorite Jodi with Rithvik, and the Indian Telly Awards for Fresh Face Female for her impressive performance in the serial.

Asha Negi’s age is 33 years in the year 2023. She is one of the most beautiful actresses in the TV industry and is known for her beauty. Her body looks amazing, and to maintain it, she exercises daily in the gym, apart from this she also resorts to yoga and meditation.

Along with green vegetables, she also consumes fresh fruits in her diet, so that she can stay healthy. Asha Negi’s height is 5 feet 5 inches, which is 165 cm. Her body weight is 55 kg and Negi’s body measurement is 34-26-36. Her eye color is brown and her hair color is Black.

Apart from her parents, two sisters live in Asha’s family, in which her elder sister’s name is Geeta Negi and the name of the other sister is not known. Talking about Asha’s marital status, she is still unmarried.

Since 2013, Asha’s affair was going on with Rithvik Dhanjani, but in the year 2020, they broke up with each other with mutual consent. Both Asha and Rithvik suffered a lot when this relationship broke up after 7 years.

Let us tell you that Asha Negi first met Rithvik Dhanjani in the year 2013 on the sets of the Zee TV serial Pavitra Rishta. Their pair in this serial was well-liked by the audience, and since then, they have fallen in love with each other. They were in a relationship for 7 years.

After this, both participated as a contestant in Star Plus’s dance couple reality show Nach Baliye 6, where they were the winners of the show. After this, they spent many good moments with each other and finally separated in the year 2020.

Talking about the total net worth of Asha Negi, their net worth is around ₹1 crore to ₹2 crore. She charges up to ₹35 lakh to ₹50 lakhs for her role in films and web series.

Apart from this, she earns a handsome amount of money by doing commercial Television Ads and promoting various brands on her social media account. The main way of their earnings has to end up on television shows, films, and web series, and also doing commercials ads.

Apart from his Acting hobby, she also has a hobbies in Sports, Singing, traveling & Swimming. In the table below, we have given a list of all our favorite things, which you must read once.

Asha Negi’s account is on all social media platforms where she keeps sharing information about her latest photos, videos, and upcoming projects with her fans and followers. She has more than 2.1 million followers on Instagram and the number of her posts is more than 1000.

In the table below, we have shared with you the links of all their social media profiles, by clicking on which you will be able to access their profile page directly.

Some Interesting Facts About Asha Negi:

Q. Are Rithvik and Asha back together?

Ans. No, no such news has come to the fore with him.

Q. Who is the husband of Asha Negi?

Ans. Currently, the marital status of Asha Negi is unmarried. So her husband is yet to be known.

Q. Where is Asha Negi from?

Q. Why Rithvik and Asha broke up?

Ans. Rithvik and Asha broke up due to personal reasons. Asha believes to keeping her relationship is private.

This is the full details on Asha Negi Biography, Age, Height, Family, Boyfriend, Net Worth & More. Please share this post with your friends and keep visiting us on celebwale.com for famous personalities and trending people’s biography with updated details. If you have any thoughts, experiences, or suggestions regarding this post or our website. you can feel free to share your thought with us.