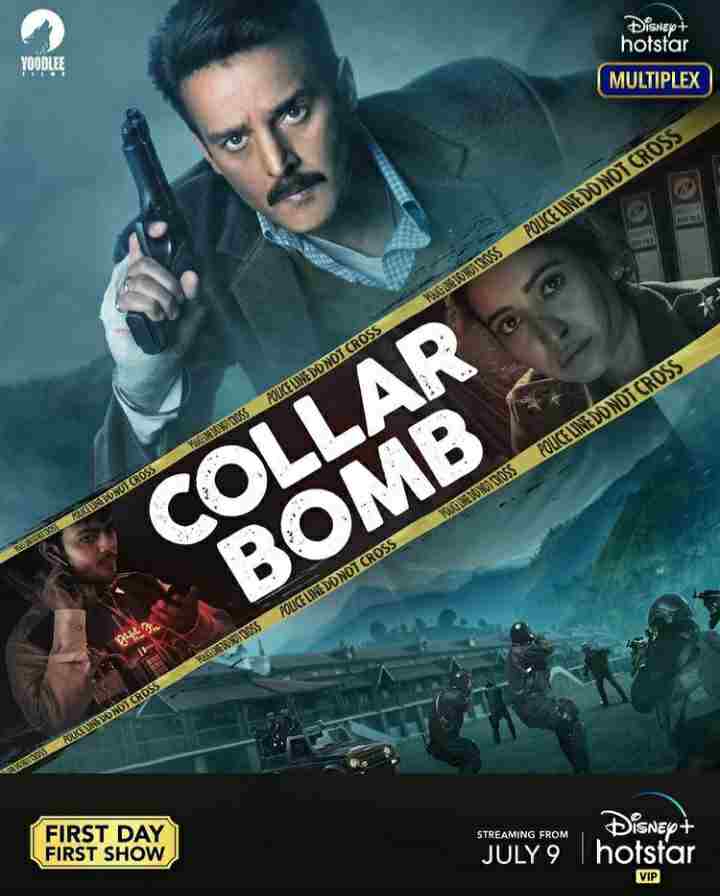 Disney Plus Hotstar has released the trailer of its new film Collar Bomb today. Collar Bomb is a Bollywood Hindi film that is being released on 9th July 2021 on the OTT platform Disney+Hotstar, in which you are going to see Jimmy Shergill and Asha Negi in lead roles. Taking a look at the story of the film, the story of film revolves around stopping a suicide bomber, who breaks into a school in Himachal and takes children, hostage. The story of this bomber is associated with the past of Manoj Hesi (Jimmy Shergill).

After all, why did this bomber take the children hostage in the school itself? What does he want? Will Manoj be able to rescue all the children safe from that bomber? You will know the answer to all these questions after watching the movie. In the movie Collar Bomb, Jimmy Shergill is playing the role of a policeman named Manoj Hesi. Apart from him, Asha Negi and Rajshri Deshpande are going to be seen in the lead roles. The script of the film has been written by Nikhil Nair and directed by Dhyanesh Jotting.

Sharing the trailer of the film on her official Instagram account, Asha Negi wrote, “A ticking bomb. A hidden mastermind and an explosive truth. The collar bomb will blow your mind.” When Jimmy Shergill was asked about his character in this film, he said that this film is about a hostess situation. I have played many police officer characters before, but SHO Manoj’s character is intense, complex, and dark. The film has many twists and turns that will keep you hooked to the film. This type of story has not been seen by the audience before, this film is going to be liked by the people.

This is the latest information on Collar Bomb (Hotstar) Wiki, Release Date, Star Cast With Photo, IMDb Rating, Roles, Trailer & More. Share this post with your friends and keep visiting us on celebwale.com for famous personalities and trending people’s biography with updated details. If you have any thoughts, experiences, or suggestions regarding this post or our website. you can feel free to share your thought with us.