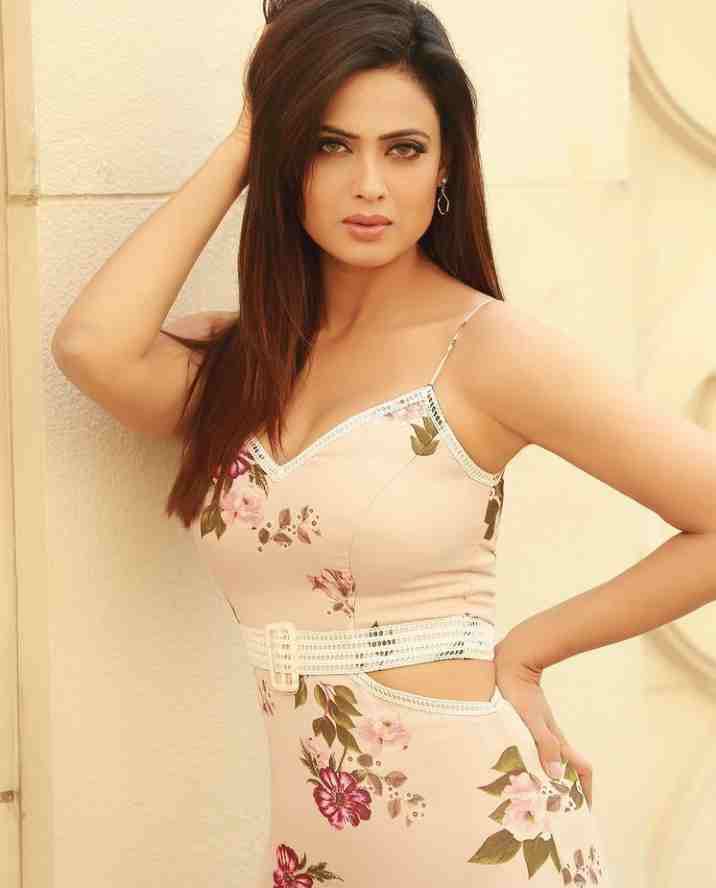 Shweta Tiwari was born on 4 October 1980 in Pratapgarh, Uttar Pradesh, India. Her family moved to Mumbai when she was very young. She finished her schooling at St. Isabels High School, Mumbai. She was good at studying as well as other co-curricular activities. She used to take part in every extracurricular activity enthusiastically in her school. Thereafter, She took admission to Burhanis College, Mazegaon, Mumbai where she graduated with B.Com.

She was interested in acting right from her childhood. At the age of 12, Shweta got her first job in a travel agency where she was paid Rs.500 per month. Just after finishing her graduation, Tiwari started giving auditions for TV serials.

For the first time, She appeared in a TV show Kaleerein in 1999 and the show was broadcast on Doordarshan. After performing the role in Kaleerein, Tiwari got her second opportunity in another TV show Ane Wala Pal in 2000, and the show was aired on the DD-Metro channel which is no longer available. Shweta Tiwari also played the role of Anika in the TV series Kaahin Kisii Roz. Finally, She gained huge popularity after performing the lead role of Prerna in the TV show Kasauti Zindagi Kay which ran 8 years in a row from 2001 to 2008.

In 2010, She became one of the contestants of the TV reality show Bigg Boss season 4 where she emerged as the winner of the show as well as became the first woman to win the contest. In 2013, Tiwari appeared in the show Parvarrish- Kuchh Khattee Kuchh Meethi where she played the role of Sweety Ahluwalia. She played the role of Bindiya Rani in the TV serial Begusarai, which aired on &TV channel in 2015.

She has also been a part of the dance reality show Nach Baliye season 2 in 2006 and Jhalak Dikhlaza season 6 in 2015. In Nach Baliye, She performed the dance with her ex-husband Raza Chaudhary. Apart from TV serials and reality shows, She has also exhibited her talent in the movies as well. She made her debut in the film industry with the film Madhoshi in 2004. Thereafter, She appeared in several films like Aabra ka Daabra, Bin Bulaye Baraati, Married to America, and many others.

Besides films and Television shows, She also featured in various TV advertisements for various brands. She is one of the contestants of a stunt-based adventure reality TV series Fear Factor: Khatron Ke Khiladi season 11 this year where she will be competing with other famous contestants like Arjun Bijlani, Maheck Chahal, Astha Gill, Varun Sood, Abhinav Shukla, and more, The show will be hosted by Rohit Shetty and telecast on the Colors TV channel.

Shweta got married to actor Raja Chaudhary in 1998. They have a daughter named Palak who was born on 8 October 2000. Later on, She filed a complaint against her husband. In her complaint, She mentioned that her husband used to beat her up daily and often come on the sets of her shows and misbehave with her. After being fed up with her marriage, She, finally, filed for a divorce after 9 years of her marriage in 2007 and the couple got separated.

On 13 July 2013, Tiwari married actor Abhinav Kohli after dating him for almost three years. The couple got blessed with a baby boy Reyansh Kohli on 27 November 2016. For the first time, a rift came to light in her relationship in 2017. Tiwari lodged a complaint against her husband Abhinav Kohli in August 2019 alleging harassment against her and her daughter Palak Chaudhary. Her husband was taken into police custody. Later on, it was clarified by Palak that she underwent only verbal abuse not physical. Shweta Tiwari and Abhinav Kohli separated in 2019.

Shweta was accused of leaving Reyansh, son of Abhinav and Shweta, in Mumbai and traveling to Cape Town for the shooting of the show Khatron Ke Khiladi by Abhinav. In response to this accusation, She said ” I informed him about my travel over a phone call and he is safe with my mother and daughter Palak.” In another video, by Abhinav, She was accused of lying and Abhinav said that she should have left their son with him.

Shweta Tiwari is 41 years old in 2022, she is a brilliant veteran of the TV world who has achieved different positions on the basis of her acting in the field of TV. She looks quite attractive with her body look. She practices for hours in the gym every day to keep her body fit. Apart from this, she also takes good care of her health there. Being aware of her health, she consumes a nutritionally balanced diet every day and at the same time consumes fruits as well so that her health is good.

Shweta was born into a middle-class Hindu Brahmin family, she follows Hindu customs and has a deep faith in Lord Shri Ganesha. Shweta Tiwari’s father’s name is Ashok Kumar Tiwari and her mother’s name is Nirmala Tiwari. Apart from Shweta, there is also a younger brother named Nidhan Tiwari, besides his parents in her house. Talking about her marital status, she is married. Shweta has had not 1 but 2 weddings in her life.

Her first affair was with actor Raja Chaudhary, who was the actor and director of the Bhojpuri industry. She met Raja for the first time because of her friend who was Raja’s cousin. The two later dated each other and eventually got married in 1998, which led to the birth of their daughter Palak on 8 October 2000. Shweta filed for divorce in court in 2007 after nine years of marriage. She said that Raja’s alcohol addiction and domestic violence have upset her in a relationship with him.

She also complained to the police that she used to beat him daily. Even she used to be abusive with them by coming on the set of the show. Shweta finally separated from her husband in the year 2006 and in the year 2012 they got divorced from Raja Chaudhary. After this, slowly Shweta’s life came back on track and in the meantime, she started dating actor Abhinav Kohli. After dating each other for almost 3 years, both got married on 13 July 2013. Both husband and wife were living their lives well.

Meanwhile, in the year 2016, Shweta gave birth to a son Reyansh Kohli. Shortly after the birth of the son, there was talk of differences between the two. In August 2019, Tiwari filed a domestic violence complaint against Kohli in police after the news of problems in their relationship first came to light in the year 2017.

Tiwari told the police that her husband Abhinav Kohli harassed her and her daughter Palak Chaudhary, after which the police took Abhinav Kohli into custody. Her daughter Palak later made it clear through an Instagram post that Kohli had tortured her physically, not just verbally. After this, a video went viral on social media in which Abhinav Kohli was seen snatching his son Reyansh from Shweta Tiwari. In the year 2019, the two separated from each other.

Talking about the total net worth of Shweta Tiwari, her current net worth is around ₹ 80 crores. There was a time when Shweta got a check of 5 lakhs, then she first kept that check with her for a few days and then later bought a Centro car with the money from that check. But on the basis of her acting, she achieved a lot of fame, and currently, she has many luxury cars like BMW and more. She also has a stately home in Kandivali, Mumbai, where she lives with her children.

This house has many amenities like a large living room, big room, and big garden. Shweta earns around ₹ 60k to ₹ 70k per day. In addition to working in films and TV serials, she makes big bucks through advertising, social media, and brand promotion. According to some media reports, Shweta charges around ₹ 60ok to ₹ 700k for an episode, and their total network is around USD 10 million i.e. ₹ 74.84 crores.

In 2021, Shweta Tiwari has been taking part in Colors tv much-awaited show Fear Factor: Khatron Ke Khiladi Season 11. In this show, she charges around ₹4 lac per episode as a fee. The shooting of the show has been completed in Capetown and telecasted soon on Colors Tv and Voot.

Apart from this, Shweta has been given a place on her page by Wikipedia and her biography is covered. In the table below, we have shared the link of all their social media profiles with you, by clicking on this you will be able to directly access their profile page.

Shweta Tiwari has entertained people a lot by acting in many films and serials. She has done brilliant acting in more than 25 serials and more than 15 films. In the table below, we have given a list of all their movies and tv shows which you must read once.

Some Interesting Facts About Shweta Tiwari:

This is the full details on Shweta Tiwari Biography, Age, Height, Father, Family, Marriage, Husband, Daughter, Net Worth & More. Share this post with your friends and keep visiting us on celebwale.com for famous personalities and trending people’s biography with updated details. If you have any thoughts, experiences, or suggestions regarding this post or our website. you can feel free to share your thought with us.