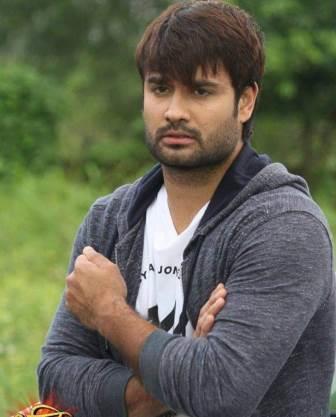 Vivian Dsena is one of the most popular actors in Hindi TV serials. He is best known for his character Abhay in the serial Pyaar Kii Yeh Ek Kahani and his role in RK in Madhubala – Ek Ishq Ek Junoon. He was born on 28 June 1988 in the city of Ujjain, Madhya Pradesh.

He completed his early education at Lokmaya Tilak School in Mumbai. Vivian Dsena was not interested in studies from the beginning. His father used to play football for the Indian Railways, due to which he was also fond of playing football since childhood and started playing football only at the age of 10.

Due to his love of football, Vivian Dsena had decided to leave his college studies in the middle. After that, he dedicated himself to the game, due to which he became a national-level football player. However, he withdrew from football due to some reasons and started looking for work in acting. Due to his good-looking body and charming looks, he soon got work as a lead actor in the Hindi TV industry. In 2008, Vivian Dsena made his debut in the television industry with the TV serial Kasamh Se.

In this serial, he played the character of Vicky Jai Walia. The serial was aired on Zee TV from January 2006 to March 2009. He started acting in this serial in 2008 and retained his character till 2009. In 2010, he appeared in Colors TV serial Agnipareeksha Jeevan Ki- Gangaa as Shivam. In the same year, he played the character of Abhay Raichand in the Star One serial Pyaar Kii Ye Ek Kahaani.

The serial was aired on Colors TV from May 2012 to August 2014 in which the pairing of Vivian Dsena and Drashti Dhami was well received by the audience. In 2015, Dsena participated in Colors TV’s dance reality show Jhalak Dikhhla Jaa Season 8 as a contestant. In 2016, he entered Colors TV’s stunt reality show Fear Factor Khatron Ke Khiladi Season 7 through a wild card entry in which she finished fourth with a scintillating performance.

In 2016, he appeared in the Colors TV serial Shakti Astitva Ke Ehsaas Ki opposite Rubina Dialik in the lead role. In 2018, he joined Colors TV’s popular show Bigg Boss 12 as a guest. After this, he remained without work for about one to one and a half years as the shooting of serials came to a halt due to Covid 19 lockdown.

In the year 2021, Vivian Dsena is once again seen in the lead role in Colors TV serial Sirf Tum opposite actress Eisha Singh. This serial is mainly based on the Bollywood film Kabir Singh, in which the doctor boy is very possessive about his girlfriend.

Vivian Dsena age is 33 years old in the year 2021 and is one of the fittest actors in the TV industry. He adapts his body according to the demand of his role in serials. In a celebrity’s life, her looks are the most important thing and he always wants to look good-looking and charming on the sets.

Due to this, Dsena also keeps doing various exercises in the gym regularly in the morning and evening to make his body perfect, which keeps his body fit. Apart from this, he takes a nutritious diet to control fat and sugar. Vivian is an actor as well as an athlete and whenever he gets time, he does not shy away from playing football.

Vivian Dsena’s height is 5 feet 11 inches, which is equal to 180 centimeters. Dsena’s body weight is about 88 kg, he takes a proper diet to keep his body fit so that his body measurement is 44-38-16. His eye color is Black, and his hair color is also Black.

Vivian Dsena was born in an upper-middle-class Hindu Christian family. His family follows the Christian religion and also does prayers in the court of Jesus. Vivian Dsena’s father’s name is Duncan Dsena and he is Christian while her mother Shyamalata Dsena is a Hindu. Dsena had revealed in an interview that her mother Shyamalatha was an athlete in the Indian Railways and his father Duncan Dsena used to play football for the Indian Railways.

Perhaps, for this reason, he is also very interested in the football game. He started playing football at the age of just 10 and also became a national-level footballer. He is still very fond of playing football and he plays this game very seriously. Apart from his parents in his house, there is also a sister named Parvara Garcia. Coming to the marital status of Vivian, he is a divorcee.

Dsena’s wife’s name is Vahbbiz Dorabjee and due to some reasons both got divorced in 2017. Talking about Dsena’s personal life, he married Vahbbij Dorabji in the year 2013. The two first met on the sets of the TV serial Pyaar Ki Yeh Ek Kahani. It was a love marriage of both. Vivian and Vahbbij separated after 4 years of marriage i.e. in the year 2017. Vahbbij’s complaint was that Vivian used to do domestic violence with her.

According to media reports, Vahbbij had demanded ₹2 crores as alimony from Vivian for divorce. Vahbbij had said in a conversation with Hindustan Times that a wife can ask for 20 percent of the money from her husband after divorce. Vivian’s name was also linked with TV actress Amrita Prakash after separating from his wife, the news was that both are dating each other.

Talking about the total net worth of Vivian Dsena, his net worth ranges from around ₹10 crores to ₹14 crores. His main source of earning is as a lead actor in TV serials. He is one of the highest-paid actors in the television industry, who charges around ₹1 lakh for every episode. Apart from this, he also promotes some brands through his social media handle, for which he charges up to lakh of rupees.

Vivian Dsena is covered by Wikipedia on its page. Vivian is present on Twitter where he shares his thoughts with his 200k followers through tweets. In the table below, we have shared with you the links of all his social media accounts, by clicking on which you will be able to access his profile page directly.

Some Interesting Fact About Vivian Dsena:

This is the full details on Vivian Dsena Bio, Wiki, Age, Family, Wife, Awards, Net Worth & More. Share this post with your friends and keep visiting us on celebwale.com for famous personalities and trending people’s biography with updated details. If you have any thoughts, experiences, or suggestions regarding this post or our website. you can feel free to share your thought with us.