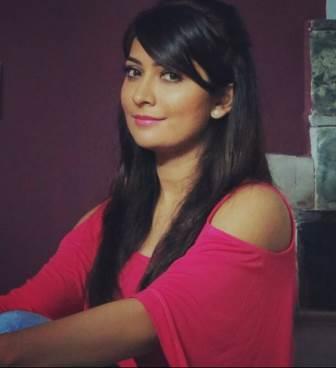 Radhika Pandit is a South Indian actress and former TV actor who has made her mark as an actress in many South Indian films. Presently she is the wife of Indian film superstar Yash. She was born on 7 March 1984 in Bangalore. She grew up with her maternal grandparents. She received her early education from Cluny Convent High School, Bangalore. She took a degree of Bachelor of Commerce (B.Com.) from Mount Carmel College.

She also obtained the degree of Master of Business Administration (MBA) after her graduation. She aspired to become a teacher since childhood but it could not happen. In her final year of B.Com, she went to audition for the Kannada television serial Nandagokula on the advice of her friend where she was offered a role without auditioning. In the same year, she was also cast in another Kannada TV serial Sumangali.

Later in 2008, the film Moggina Manasu was first released in which Radhika played the role of Chanchala. This was her debut movie and also the first movie with Yash. In 2009, she appeared in the role of Rukmini in the film Olave Jeevana Lekkachaara and Kushi in Love Guru.

Radhika Pandit’s age is 38 years old in the year 2022 and she has been one of the most beautiful actresses in the South Indian film industry. She does daily workouts to keep her body fit.

Radhika was born in an upper-middle-class Hindu Saraswat family. His entire family believes in Hinduism and worships Hindu deities. She herself celebrates all the festivals with great pomp. Radhika Pandit’s father’s name is Krishnaprasad Pandit and he is a stage and film personality. Her mother Mangala Pandit is a housewife. She grew up with her maternal grandparents. Apart from his parents, there is also a younger brother in his family, whose name is Gourang Pandit.

Radhika’s marital status is married. She married Pan India Superstar Yash on 9 November 2016 in Bengaluru. She also has 2 children from Yash. Her daughter’s name is Ayra and his son’s name is Yatharva. Looking at her life, it seems that God had already made his pair with Yash. Radhika and Yash’s love story is very interesting.

The talk is about when Radhika was in her B.Com final year in 2007 when she came to audition for the Kannada TV serial Nandagokula on the advice of a friend, where she was cast in the serial without auditioning. She was working in this serial when Yash replaced the actor working opposite her in the serial and this is where both of them met for the first time.

Then in the year 2008, both of them made their debut together with the same film Moggina Manasu. Yash once again replaced the lead actor in this film. For the shooting of this film, both had to travel in the same cab. After coming together in the cab, both of them started talking to each other, and then while talking like this, both became good friends.

When Yash was signed in the 2012 film Drama, luck played its part once again. This time the heroine of the film was replaced by Radhika. Working in this film gave both of them an opportunity to come closer. Radhika had become both Yash’s strength and weakness. At the same time, Radhika also started liking Yash in her heart and she knew that Yash is the person whom God has chosen for her and with whom she can live her life freely.

Now Yash was completely arrested in Radhika’s love and he often used hints to Radhika that there is someone in his life, whom he loves very much. The same Radhika, unaware of this, often used to give him these tips on how he can tell his heart to that special girl. Eventually, on the occasion of Valentine’s Day, Yash decided that he would continue to propose to Radhika. On Valentine’s Day, he called Radhika and asked her about her plans. Radhika said that she is going to watch the film with her family.

At that time Yash wanted to tell his feelings to Radhika, but could not muster the courage to express his love to Radhika. He did not want that their friendship should be spoiled due to any mistake of theirs. Then Yash went to the mall where Radhika had gone to see the film with her parents. He bought many things of his choice for Radhika from the mall.

He bought gifts of Radhika’s choice, but instead of giving them to Radhika himself, kept them in her car. When Radhika went to her car, she found a card along with the gift which read, “Happy Valentine’s Day!”. Radhika had understood who had given them these gifts and cards, but both of them never talked about it. Later one day on the phone Yash proposed to Radhika somehow by gathering courage, but Radhika took 6 months to answer the proposal.

After accepting Yash’s proposal, both started dating each other. During dating, the two often spent most of their time in Goa and they used to go to Goa about 4 times a year. In such a situation, the favorite destination of both of them is Goa and this is the reason that both of them were also engaged in Goa.

The total net worth of Radhika Pandit is around ₹27 crores. Her main source of earning was from acting in films but since her last film was released in 2019, she has distanced himself from films. Although her husband Yash has emerged as a big superstar in the film industry. Yash’s film KGF Chapter 1 was a blockbuster film in the Kannada film industry and KGF Chapter 2 set new records at the box office across India. His film KGF Chapter 2 had earned ₹400 crores in the Hindi belt alone.

Some Interesting Facts About Radhika Pandit:

Que. Is Radhika Pandit a Brahmin?

Ans. Yes, she belongs to a Saraswat Brahmin family, but she is not religious.

Que. Which is the last film of Radhika Pandit?

Ans. Radhika’s last film was Aadi Lakshmi Puraana which was a Kannada language romantic comedy film released in 2019. She played the role of Lakshmi in the film and after she made a distance with the films.

Que. What is the present age of Radhika Pandit?

This is the full details on Radhika Pandit (Yash Wife) Biography, Age, Height, Father, Family, Husband, Net Worth & More. Share this post with your friends and keep visiting us on celebwale.com for famous personalities and trending people’s biography with updated details. If you have any thoughts, experiences, or suggestions regarding this post or our website. you can feel free to share your thought with us.