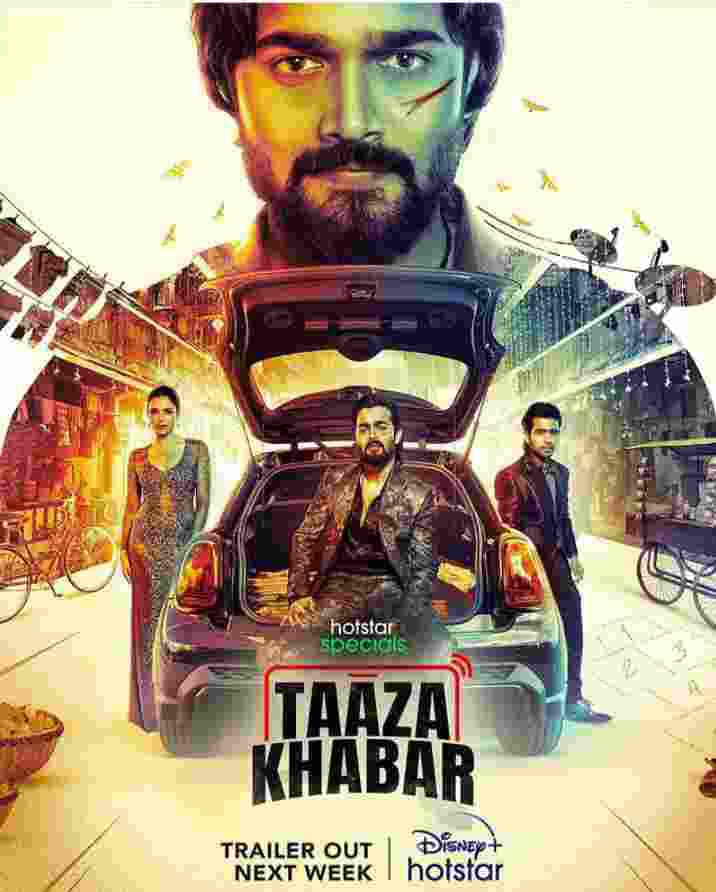 Disney+ Hotstar has launched the trailer of social media star Bhuvan Bam’s debut web series Taaza Khabar. The series stars Bhuvan Bam in the role of Vasant Gawde, a short-tempered sweeper who aspires to make it big and one day a life-changing miracle happens to him.

The question is, can a person walk on the strength of his destiny? His debut series ‘Taaza Khabar’ looks quite interesting from the trailer. This web series is directed by Himank Gaur and written by Hussain and Abbas Dalal.

The 8 episodes of the web series have been written by Aziz Dalal and directed by Himank Gaur. The series is produced under the banner of BB Ki Vines Production Company, produced by Rohit Raj.

This is the latest information on Taaza Khabar Series Cast, Story, Wiki, Web Series, Character, Real Name, Release Date & More. Share this post with your friends and keep visiting us on celebwale.com for famous personalities and trending people’s biography with updated details. If you have any thoughts, experiences, or suggestions regarding this post or our website. you can feel free to share your thought with us.