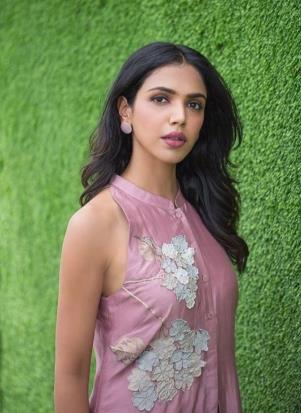 Shriya Pilgaonkar is an Indian actress, producer, and director known for her work in Hindi films and web series. She was born on 25 April 1989 in Mumbai, Maharashtra. She is the daughter of famous Marathi artist Sachin Pilgaonkar and her mother Supriya Pilgaonkar has also been a famous Marathi actress. Shriya got her early education in Mumbai. She was good at studying from the beginning.

She has won many medals as a professional swimmer in school. Apart from this, she has also taken training in Kathak in her childhood. She wanted to become a Japanese translator when she grew up, so she learned Japanese as a child. She later earned a Bachelor’s degree in Sociology from St Xavier’s College in Mumbai. Due to her parents being successful actors, Shriya also got a chance to debut in Hindi serials in her childhood.

At the age of just 5, she played the role of a boy Bittu in the Hindi serial Tu Tu Main Main. Later in 2012, she made her stage debut in Karan Shetty’s 10-minute short play Freedom of Love. After that, in 2013, she made her debut in the film industry with the Marathi film Ekulti Ek. She played the character of Swara in the film, and the film was produced by her father.

Pilgaonkar made her Bollywood debut in 2016 with the Shah Rukh Khan starrer Fan. Shriya was selected by the film’s writer and director Maneesh Sharma after auditioning around 750 girls. Working with Shah Rukh Khan was a big breakthrough for him. In 2018, she ventured into the world of OTT with the Amazon Prime web series Mirzapur.

The web series Mirzapur proved to be a massive hit and Shriya became an overnight star. In 2020, she worked in 2 series of Voot The Gone Game and Crackdown. In 2021, she made her debut in the Tamil and Telugu industries with the film Kaadan.

She has also acted in a French movie named Un Plus Une. She is going to be seen in the role of a sex worker in the Hotstar web series Taaza Khabar in 2022. Famous Indian YouTuber Bhuvan Bam is also in the lead role with him in this web series.

Shriya was born in Mumbai to a wealthy Hindu Marathi family. His entire family believes in Hinduism and worships Hindu deities. Shriya Pilgaonkar’s father’s name is Sachin Pilgaonkar and he is a popular actor who is known for his work in Marathi and Hindi language serials and films.

Shriya Pilgaonkar’s mother’s name is Supriya Pilgaonkar and she is also a popular actress who is known for working in Hindi and Marathi language films and serials. Shriya is the only daughter of her parents and she does not have any real brothers or sisters.

She is currently unmarried and is focused on her acting career. Shriya’s boyfriend or affair update is currently not available on the internet.

The total net worth of Shriya Pilgaonkar is around ₹7 crores to ₹12 crores. She mainly works in Hindi films and web series where she charges around ₹6 lakh per episode. Apart from this, Shriya earns good money by promoting brands on her social media.

Some Interesting Facts About Shriya Pilgaonkar:

This is the full details on Shriya Pilgaonkar Biography, Age, Height, Family, Parents, Daughter, Husband, Net Worth & More. Please share this post with your friends and visit us on celebwale.com for famous personalities and trending people’s biographies with updated details. If you have any thoughts, experiences, or suggestions regarding this post or our website. you can feel free to share your thought with us.