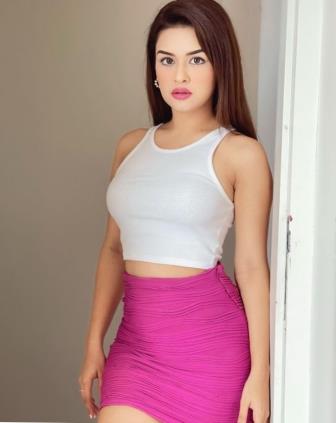 Avneet Kaur is an Indian model, television actress, and dancer known for her role as Princess Yasmin in the SAB TV serial Aladdin – Naam Toh Suna Hoga. She is one of the young actresses in the TV industry.

Avneet was born on 13 October 2001 in the Jalandhar district of Punjab. She did her early education at DAV Public School, Jalandhar. Later his family shifted to Mumbai. She started her career in 2010 at the age of just 8 by participating in DID Little Masters as a contestant.

However, she was eliminated before the semi-finals of the show. After that, she participated in the dance reality show Dance Ke Superstar. Avneet started her acting career with the Life OK serial Meri Maa in which she played the role of Jhilmil.

She later rose to fame in the TV world with the role of Princess/Queen Charumati in the Star Plus serial Chandra Nandini and Shehzadi/Sultana Yasmine in Aladdin – Naam Toh Suna Hoga. Avneet made her Bollywood debut in 2014 with the role of Meera in the film Mardaani. After that, she did a cameo in the Bollywood films Qarib Qarib Singlle and Mardaani 2.

In 2022, she is going to debut as a lead actress in Kangana Ranaut’s Bollywood film Tiku Weds Sheru opposite actor Nawazuddin Siddiqui. Apart from this, she is also a social media star celebrity who has more than 32 million followers on Instagram.

Avneet Kaur’s age is just 21 years old in 2023. She is a well-known name in the TV industry, her beauty has a different craze among the audience. She hits the gym 5 days a week and prefers to go to the gym in the morning.

She starts her workout by stretching in the gym. Apart from this, she does exercises like dips, squats, and cardio to keep her body attractive. She is not limited to this but also does cycling, yoga, and dance to stay fit.

She started her career at the age of just 8. She completed her studies along with acting and passed the 12th examination with 74 percent marks.

Apart from his parents, there is also a brother in his family whose name is Jaijit Singh. Avneet marital status is currently unmarried and the news of her affair is not present on the internet. She is a young artist and is giving her full attention to her career.

Avneet Kaur’s total net worth is around ₹15 crores. Apart from films and TV shows, she earns around ₹2 crores annually through ad campaigns, brand endorsements, and social media. She earns around 10 lakh rupees a month.

Apart from this, she also has a luxurious house in Mumbai where she lives with her parents. She recently bought a Range Rover car worth ₹1 crore. Prior to this, she had cars like Hyundai Creta, Skoda Kodiaq, and Toyota Fortuner.

If we talked about the social media of Avneet Kaur. She is very active on social media platforms. She has more than 32 million followers on Instagram. She also owned a youtube channel and this channel has also millions of subscribers. She is also covered by Wikipedia.

Some Interesting Facts About Avneet Kaur:

Que. Is Avneet Kaur in a relationship?

Ans. No, Avneet is not in a relationship with anyone. There was no news of her affair with anybody.

Que. How much age is Avneet Kaur?

Que. Why Avneet Kaur is famous?

Ans. Avneet Kaur is a popular Indian TV actress, dancer, model, and YouTuber. She appeared in multiple dance reality shows before progressing to make a bigger name for herself as an actor. In 2017, she got popular with the tv show Chandra Nandini.

This is the full details on Avneet Kaur Biography, Age, Height, Family, Birthday, Husband, Net Worth & More. Please share this post with your friends and visit us on celebwale.com for famous personalities and trending people’s biographies with updated details. If you have any thoughts, experiences, or suggestions regarding this post or our website. you can feel free to share your thought with us.