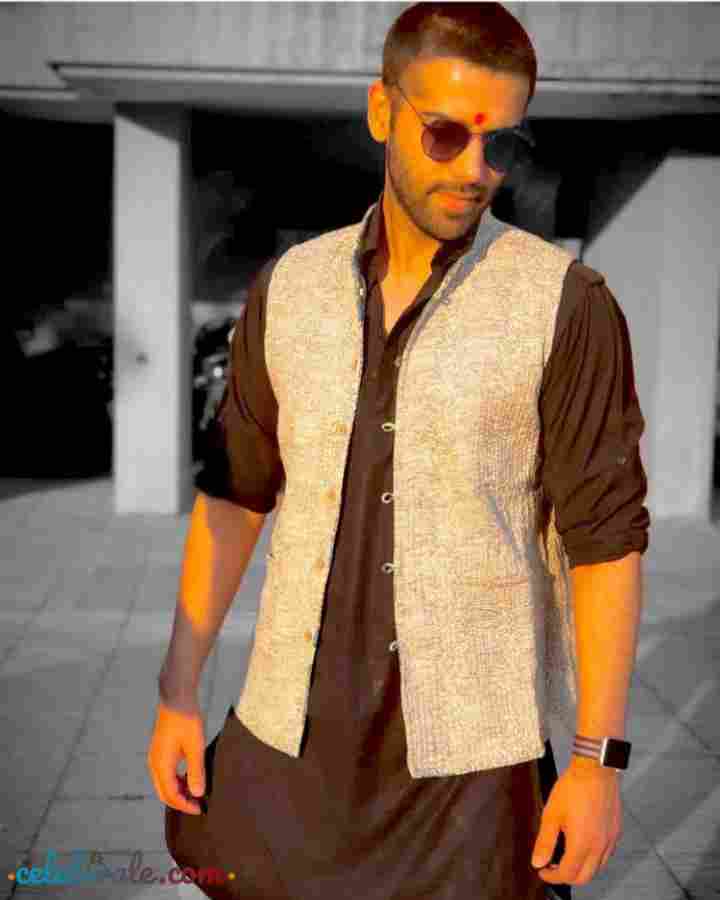 Kinshuk Mahajan was born on 17 April 1986 in Delhi, he was fond of acting since childhood. After completing his schooling in Delhi, he learned acting at the Asian Academy in Noida, after which he moved to Mumbai in 2007 to pursue a career in acting.

After coming to Mumbai, he soon got a chance to debut in the TV serial, and it was only in 2007 that he got a chance to play the lead character of Devender (Dev) in the serial Kaajjal.

And, in the same year, he got an opportunity to play the role of a supporting role named Kamal Thakral in the serial Bhabhi. Mahajan played the lead role of Adiraj (Addy) Sherawat in the 2007 – 2008 serial Dhoom Machao Dhoom, which started giving him some recognition in the TV industry.

But from 2007 to 2010, he played the lead character named Ranveer Rajvansh in the serial Sapna Babul Ka …. Bidai, telecasted on Star Plus. This character of Kinshuk was very much liked by the TV audience.

After that, he made a good mark in the TV field by playing lead roles in serials like Chand Chand Chup Badal, Afsar Bitiya, Encounter, Itti Si Khushi, Tum Aisi Aisa Rehna, So that he got a chance to play different characters in different serials.

Kinshuk Mahajan is a well-known actor in the Indian TV industry, who has entertained the TV audience with his strong acting. Kinshuk started his acting career by playing the role of a teenage boy in the Bollywood film Delhi Heights even before joining the TV industry.

But early in his career, he has also worked in print media and on-camera ads as a teenage model. Kinshuk has worked in Bausch and Lomb, Airtel, Nokia, FDDI, Pedigree, and many other major ads.

In the year 2021, Kinshuk is going to be seen in a new show called Pandya Store. This serial is a Hindi remake of the Tamil serial Pandian Store which is going to air on the Star Plus channel from 25 January to 11 PM Monday to Friday.

So do not forget to watch the serial Pandya store in which Kinshuk Mahajan and Shiny Doshi will be seen in the lead role.

Kinshuk Mahajan’s age is 35 years in 2021 and he belongs to the state of Delhi. Kinshuk’s look is excellent, and he has made his body strong by hard work in the gym so that he can look very smart.

Kinshuk Mahajan’s height is 5 feet 8 inches, which is 173 centimeters. His body weight is about 70 kg, he takes a proper diet to keep his body fit so that his body measurement is 42-31-14. His eye color is hazel dark blue color, and his hair is black.

Kinshuk belongs to a Hindu family, he was born in a middle-class family in Delhi, who has faith in Hindu deities. Kinshuk’s family consists of his mother, father, brother, and sister.

Talking about Kinshuk’s married life his marital status is married. Kinshuk Mahajan married Divya Gupta on 12 November 2011. Kinshuk and Divya’s love story started when they both met at the age of 17 in a tuition class.

From there, both of them became friendships, then this friendship turned into love after some time and both of them started loving each other very much.

Then both of them decided to get married and got married on 12 November 2011. After getting married, Kinshuk and Divya started spending their married life very well.

After 6 years of marriage, Kinshuk Mahajan’s wife Divya Gupta gave birth to twins on 7 October 2017 and Mahajan became the father of a baby boy and a baby girl.

Kinshuk expresses his happiness by saying that ‘two little hands and Two little feet now our family is complete. On a special date like 7 October 2017, two new joys arrived in our life. They are welcome.’ The names of their twins are ‘Ssahir’ and ‘Saisha’.

Kinshuk Mahajan completed his early education in Delhi and completed his High School and Intermediate exams from Delhi Public School, Noida. Since childhood, he wanted to make a career in acting, so he took an acting course from the Asian Academy of Film & Television (AAFT) Noida and learned acting from there. After studying there, he went to Mumbai to pursue a career in acting.

Kinshuk Mahajan’s favorite actor is named Aamir Khan and his favorite actress is Rani Mukherji, and he likes to drink whiskey. Kinshuk has favorite dessert chocolates and loves to roam, his favorite places being Switzerland and Goa. Below we have been on the list of all their favorite things, you can check if you want

There are no details available of Kinshuk Mahajan Networth and Salary

But we are giving you a link to their official Instagram and Facebook account, by clicking on which you will directly reach their social media profile. Kinshuk Mahajan’s Wikipedia page is available on Wikipedia, and we are giving the link to his Wikipedia in the below table.

Kinshuk Mahajan has worked in many TV serials, in which he played the lead role in many serials, which made him very popular among the audience. In the year 2021, Kinshuk’s new show Pandya Store is going to be aired on the Star Plus channel, in which he will be seen in the lead role with Shiny Doshi. In the table below, we are giving the list of all their TV serials till now, you can check if you want.

Some Interesting Fact About Kinshuk Mahajan:

This is the full details on Kinshuk Mahajan Wiki Bio Family, Wife, Baby, Brother, Daughter, Serial, New Show, Child, Instagram & More. Share this post with your friends and keep visiting us on celebwale.com for famous personalities and trending people’s biography with updated details. If you have any thoughts, experiences, or suggestions regarding this post or our website. you can feel free to share your thought with us.