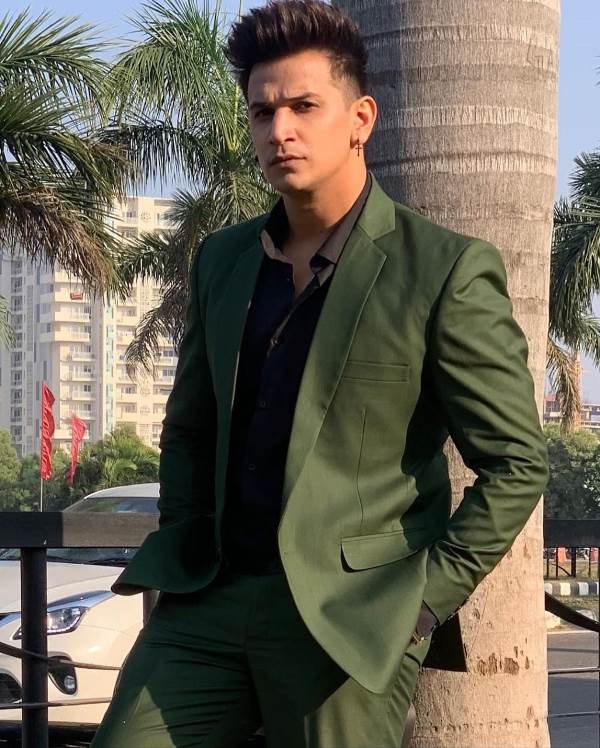 Prince Narula is an Indian model and actor best known for his work in Hindi reality shows. He has also worked in some Hindi serials. He was born on 24 November 1990 in Chandigarh, India. He completed his early education at Chandigarh Baptist School. There is no information available about his higher qualification.

In October 2015, Narula participated in Colors TV’s popular show Bigg Boss 9 as a contestant where he became the winner of the show. Along with this, he also hit a hat-trick of winning a reality show. He played the role of Lakhan “Lucky” Singh Ahlawat in the &TV show Badho Bahu from 2016 to 2018. He has also been joined as a gang leader in MTV Roadies since 2016.

In 2018, he played the role of Aryan in the &TV serial Laal Ishq with his wife Yuvika Chaudhary. Next, he played the role of Shahnawaz in Colors TV’s supernatural fiction series Naagin 3. In 2019, he made his debut as Bali in Zee5’s web series Bombers. Next, he participated in the Colors TV dance reality show Nach Baliye Season 9 with his wife Yuvika Chaudhary.

After becoming the winner of the show, he achieved the feat of winning any reality show 4 times in a row in the Indian television industry. In 2022, he appeared as a contestant in the MX Player & ALTBalaji reality show Lock Upp.

Prince Narula’s age is 31 years old in the year 2022. He is a brilliant actor whose physique is quite strong. He works out in the gym daily to keep his body strong.

Prince Narula’s height is 5 feet 9 inches, which is equal to 175 centimeters. Narula’s body weight is about 75 kg, he takes a proper diet to keep his body fit so that his body measurement is 44-38-16. His eye color is Dark Brown, and his hair color is also Black.

Narula was born in an upper-middle-class Hindu family. His entire family believes in Hinduism and worships Hindu deities. Prince Narula’s father’s name is Joginder Pal Narula and his mother’s name is Asha Narula. Apart from the parents in his family, there is also a younger sister named Geetika Narula.

The marital status of Prince Narula is Married and her wife’s name is Yuvika Chaudhary. Prince and Yuvika met for the first time in Bigg Boss 9 and the two started growing closer. Prince expressed his love for Yuvika on National TV by making heart-shaped paratha.

After that, after dating each other for a few days, they got married on 12 October 2018. Later the reception was held at Sun-n-Sand Hotel, Juhu, Mumbai. At present, both are very happy in their married life.

The total net worth of Prince Narula is around Rs 15 crore. The source of his earnings is mainly from modeling and hosting TV reality shows and appearing as a contestant in them. He also earns good money from brands and advertisements. Currently, he has cars like Audi A4 and BMW. He is also very fond of bikes so he has bikes like Royal Enfield, Honda CBR, and Suzuki Intruder M1800 RZ.

Some Interesting Facts About Prince Narula:

Ans. Yes, Prince charged 8 lakh per episode in a Television show. He also has 18 crores as a total net worth.

Que. Who is Prince Narula parents?

This is the full details on Prince Narula Biography, Age, Height, Family, Wife, Sister, Gf, Net Worth & More. Share this post with your friends and keep visiting us on celebwale.com for famous personalities and trending people’s biography with updated details. If you have any thoughts, experiences, or suggestions regarding this post or our website. you can feel free to share your thought with us.