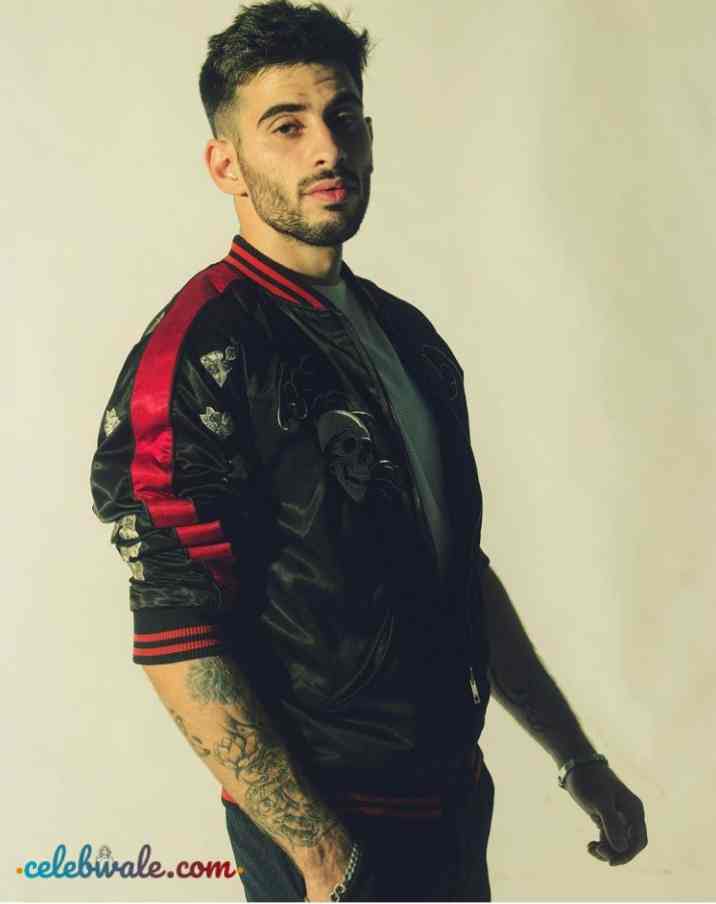 Kevin Almasifar was born on 18 May 1996 in Tehran, Iran. His parents lived in Tehran at the time of Kevin’s birth but 7 years after Kevin’s birth his parents moved to India where he shifted to Pune, Maharashtra. He received his early childhood education by staying in Pune. He did his high school at Bharti Vidyapeeth School. After this, he got his graduation from a college in Pune.

Kevin told in an interview that when he was in school as a child, his classmates used to tease him as a foreigner. He was hurt when he was teased by classmates at school, which led to his move toward martial arts. He used to participate in sports activities like martial arts right from school.

Because of his interest in sports and the teasing of classmates as foreigners, he had disguised himself at a very young age that he had to pursue a career in mixed martial arts. After this, he started taking MMA training while staying in India. He later moved to the USA to pursue professional training where he received his professional training from the Spartan Academy. This academy is considered one of the best jujitsu training academies in Columbia, South Carolina.

He also participated in the Ju-Jitsu Championship held in the nation. After this, he came back to India and also trained Ju-Jitsu to the girls so that the girls could self-protect themselves in any bad situation. In addition, Almasifar worked as a commercial manager at 4A Jupiter in South Carolina. He started Bijkorp Pvt. Ltd. and AB Petrochem Pvt. Ltd. of Pune in India. Ltd. worked as a director.

Kevin Kevin Almasifar is a mixed martial arts fighter who works as an actor in the Indian television industry. When Kevin returned to India in 2019, he auditioned for MTV Roadies and it was from here that his journey to MTV Roadies started. He became part of India’s most famous reality show MTV Roadies Revolution to be aired on MTV in 2019 and was hosted by Rannvijay Singha.

The show consisted of four gangs and the four gangs had different leaders the gang leaders were named Prince Narula, Neha Dhupia, Raftaar, and Nikhil Chinapa. He cleared the initial audition of Roadies Revolution very easily after which he was called for the PI round. In this round, he gave a little exaggeration about himself and after that, he told the leaders how he had chosen martial arts as a profession.

Apart from this, he also showed some of his martial arts moves, and his physical strength was also shown to the leaders. He also recently auditioned for the 13th season of MTV Splitsvilla. Where she impressed the show’s hosts Rannvijay Singha and Sunny Leone with their performance and got selected for the show.

In Splitsvilla X3, many other contestants are participating besides him. MTV Splitsvilla season 13 will be broadcast on the MTV India channel from 6 March 2021. Rannvijay Singha and Sunny Leone are hosting the show.

Kevin Almasifer’s age is 26 years in 2023 and he is a mixed martial arts fighter who performs with his fit body. He does very hard training and hours in the gym to keep his body fit. Along with this, he follows a strict diet routine plan. so that he looks very smart and excellent.

Kevin Almasifar’s height is 5 feet 11 inches, which is equal to 180 centimetres. His body weight is about 72 kg, he takes a proper diet to keep his body fit so his body measurement is 40-32-12. His eye color is brown, and his hair color is Light Brown.

Kevin Almasifar was born in an Iranian family. He was a Christian by religion and follows Christianity. His family shifted to India when Kevin was just 7 years old. Kevin Almasifar’s father’s name is Kasra Almasifar and he is the managing director of a company. His mother’s name is Golnaz Aboutorabian and she was also a managing director of a company. Kevin’s mother Golnaz also completed her MBA from Sikkim University after her shift to India.

In addition to his parents in Kevin’s house, he also has a younger brother named Karan Almasifar. His entire family lives in South Carolina USA. Kevin also lives in the US with his family, but he frequently visits India for his work. Kevin’s marital status is still unmarried and speaking of his affair, his only girlfriend’s name is Anushka Mitra, who was an MTV Splitsvilla 11 contestant.

His relationship with actress Anushka Mitra had been going on for a few years but they had a breakup in between as Anushka started getting close to Splitsvilla’s other contestant Kabir when Kevin moved to the US for some work. Kevin Almasifer has a breakup with his old girlfriend Anushka, now he is seen with his new girlfriend Kat Kristina.

He continues to appear frequently in hot photos with Kat Kristina on his social media account. Looking at the photos and captions of both of them, it seems that they both love each other very much and can soon share some good news with their fans.

Talking about favorite things of Kevin Almasifar his favorite Bollywood actors are Salman Khan and Akshay Kumar. Her favorite actresses are Katrina Kaif and Deepika Padukone. Kevin is very fond of gyming and traveling and goes on vacation in Los Angeles in his spare time. His favorite color is black and white.

Kevin is also available on Youtube. Here we are giving you the links to all their social media accounts related to him in the table below. By clicking on that link directly, you will reach their social media page and you can follow them if you want

Some Interesting Facts About Kevin Almasifar:

This is the full details on Kevin Almasifar (Splitsvilla 13) Biography, Age, Height, Girlfriend, Family, Wife, Religion, Net Worth & More. Share this post with your friends and keep visiting us on celebwale.com for famous personalities and trending people’s biography with updated details. If you have any thoughts, experiences, or suggestions regarding this post or our website. you can feel free to share your thought with us.