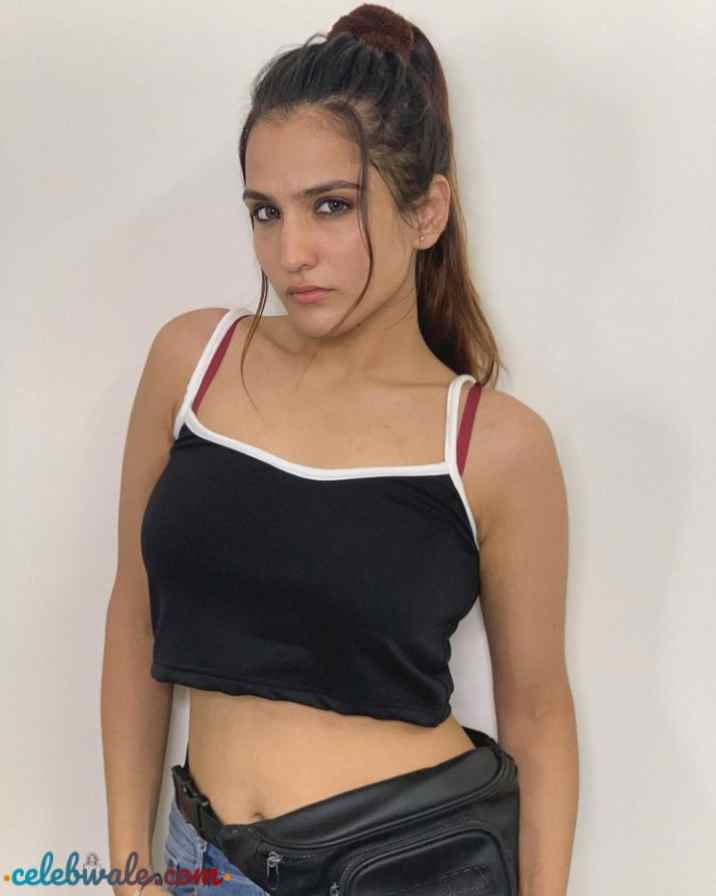 Riya Kishanchandani was born on 18 February 1998 in Mulund, Mumbai Maharashtra. She received her early childhood education in Mumbai. After completing her high school and intermediate studies, she earned a bachelor’s degree in financial market course from Mrs. Mithibai Motibhen Kundanani College of Commerce and Economics, Mumbai. Riya further wants to become a popular celebrity and wants to pursue a career in the Bollywood and television industry. Making her move toward modeling, she started uploading short lip-sync and dance videos on her Instagram and Tik Tok accounts during her college studies.

Gradually, with her short lip-sync and dance videos, she became popular on Instagram and Tik Tok and her number of followers also reached millions. She had a total of more than 5 million followers on the Tik Tok app. She became a Tik Tok star before the Tik Tok app was banned in India. Due to this they also got the chance to promote the products of many brands and their earnings would be quite good. But after the Tik Tok app was banned in India by the Indian government in May 2021, they started putting their lip-sync and short videos on Instagram and Josh app.

Riya has also worked in many music videos after establishing herself as a social media celebrity. She debuts with the video song Waari Jaa wan directed by Manish Kumar and the video has been released on the Zee Music Company Youtube channel in December 2019. She acted in Vishal Pandey’s video song La Ilm in the year 2020.

After this, she also gave her performance in Nick Kukreja’s video song Tenu Dasseya released in the year 2020 itself. Riya also got a chance to perform in Palak Muchhal’s video song Mera Hona Ki Nahin Hona after this. The video song was released in late 2020 on the Zee Music Company YouTube channel. The song has received over 2.3 million views so far and the video has been declared a hit.

Riya Kishanchandani is an Indian model, TV actress, and social media celebrity who has millions of followers on her Instagram and Josh app. She is known for her lip-sync and short videos on social media. She also participated in the Miss Navi Mumbai beauty contest held in 2019 as a contestant. Apart from this, she has also done many music videos in the year 2020. Some of her videos have received good responses from the audience. Apart from this, she is constantly trying to establish herself as an actress in the television industry and Bollywood.

She was also recently auditioned for the 13th season of MTV Splitsvilla. Where she impressed the show’s hosts Rannvijay Singha and Sunny Leone with their performance and made a place in the show. She came to the limelight after becoming a part of this popular dating reality show on MTV. This is her debut TV show in which many other contestants are participating besides him. MTV Splitsvilla season 13 will be broadcast on the MTV India channel from 6 March 2021. Rannvijay Singha and Sunny Leone are hosting the show.

Riya Kishanchandani’s age is 24 years old in 2022. She is a very beautiful and hot social media celebrity. She exercises for hours in the gym every day to give the perfect shape to her body. Her physical appearances are amazing, which can make anyone crazy. To keep her body fit and to keep the body healthy, she consumes green vegetables daily and takes nappy food. Apart from this, she also consumes fresh fruit juice. She also worries about her health and takes very small meals to keep her body healthy.

Riya was born into a rich Hindu family. She has been worshiping Lord Shri Ganesha since childhood and is a religious person who has worshiped the Lord by visiting temples located in different parts of the country. She also believes in Hindu beliefs as well as she respects all religions. Riya Kishanchandani’s father’s name is Kishanchandani who is a businessman and her mother’s name is not known. Apart from her parents, she also has a younger brother whose name is Mohit Kishanchandani.

Riya is very much in love with her brother Mohit and the two have gone to hang out together in many places. Talking about Riya’s affair, there is no official information available about her affair or his boyfriend. Riya’s marital status is still unmarried. She is focusing more on her career right now, her main motive is to become a successful actress in the TV and film industry.

Talking about Riya Kishanchandani’s favorite things, her favorite actor is Amitabh Bachchan and her favorite actresses are Priyanka Chopra and Kangana Ranaut whose works she likes. Apart from this, she is very fond of dancing and listening to music. Her favorite food is Pani Puri, Pav Bhaji, and Pasta, and she likes to watch and play cricket. Riya loves to hang out with her friends during the holidays, their favorite destination is Goa and Lonavala, besides they also like mountain trekking.

Here are given the username of various social media platforms of Riya Kishanchandani Instagram, Facebook, and Wikipedia links. Riya Kishanchandani’s Instagram photo which was extremely hot and sexy has gone viral. Anyway, she keeps sharing her hot photos with her fans. Riya’s account is present on all social media platforms, where she keeps uploading her hot photo modeling technic, and a short video that keeps her in the headlines. she is popular on social media due to her hotness.

Below we are sharing the links of all their social media accounts with you, by clicking on which you will be able to access their profile directly. She is growing very popular on Instagram where she keeps sharing her latest pictures with her fans, she shares more than 3 to 5 photos a week with her fans, the total number of posts on her Instagram is more than 1k and their number of followers is more than 500k.

She is also available on Facebook where she has near about 4k friends. Riya Kishanchandani is not covered by Wikipedia. In the below table, we provided you with other various links which you must click on them and also follow her page.

Riya Kishanchandani’s total net worth is ₹15 to ₹20 Lakh and she also owned a new Skoda Laura Car.

Some Interesting Facts About Riya Kishanchandani:

This is the latest information on Riya Kishanchandani (Splitsvilla 13) Biography, Age, Height, Boyfriend, Family, Father, Husband, Net Worth & More. Share this post with your friends and keep visiting us on celebwale.com for famous personalities and trending people’s biography with updated details. If you have any thoughts, experiences, or suggestions regarding this post or our website. you can feel free to share your thought with us.