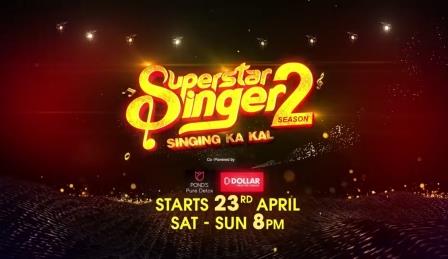 Super Star Singer 2 is a new serial aired on Sony TV which is the sequel to Superstar Singer. Children from 7 years to 15 years will be seen showcasing their singing skills in the show. Javed Ali, Alka Yagnik, and Himesh Reshammiya will be seen playing the role of judges in the show and Aditya Narayan will be seen as the host of the show.

The auditions of the show were held in different cities of India in the month of January, out of which a total of 15 contestants have been selected. The show includes Pawandeep Rajan, Arunita Kanjilal, Sayli Kamble, Mohammad Danish, and Salman Ali as captains.

There are 3 contestants under each of 5 captains and they will give their performance in the show after taking singing training from the captains, on which the judges will be decided to eliminate or remain in the show. The television show Superstar Singer will be telecast every Saturday and Sunday from 23rd April at 8 PM on Sony TV

This is the full details on Superstar Singer 2022 Elimination, Winner, Timings, Captains, Judges, Wiki & More. Please share this post with your friends and keep visiting us on celebwale.com for such an entertaining post. If you have any thoughts, experiences, or suggestions regarding this post or our website. You can feel free to share your thoughts with us.