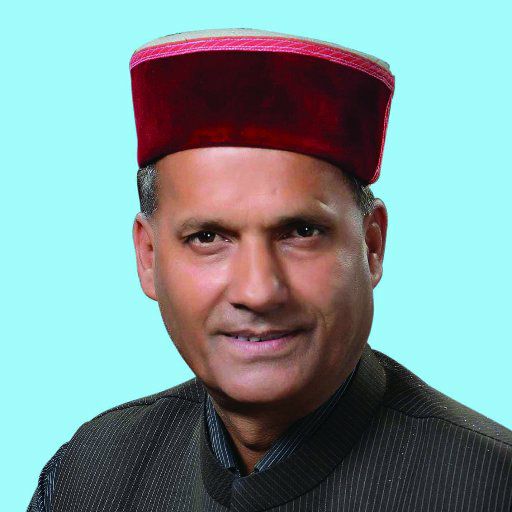 Ram Swaroop Sharma was born on 10 June 1958 in Jalpahar, Joginder Nagar, Mandi, Himachal Pradesh. He received his childhood education in Joginder Nagar, Mandi. He received his tenth education in Mandi, Himachal Pradesh. He was just a matriculation pass, after which he gave up on studying. Ram Swaroop Sharma then joined the BJP and was also an Organizing Secretary of the BJP in the Mandi district.

He also served as Vice Chairman at HP State Food and Civil Supplies Corporation. Ram Swaroop was an active member of the RSS. He was also given a Lok Sabha ticket from the Mandi constituency by the BJP in the 2014 Lok Sabha elections. After getting the ticket, he campaigned in the Mandi area with a lot of noise. The impact of his election campaign was also reflected in the election results, where he defeated Pratibha Singh, standing on behalf of the Indian National Congress, by 39796 votes.

When he won from the Mandi seat in 2014, PM Modi said, “Hey brother, how did you win the Mandi seat?” On this, he replied that Modi Ji got the victory with your blessings. Very good…… Saying this, Narendra Modi had hugged Ram Swaroop, BJP MP from Mandi parliamentary seat in Himachal Pradesh, and patted him on the back. The BJP was also not hopeful about the Mandi seat in 2014. Initially, BJP leaders were also winning 3 Lok Sabha seats in the state, but in the election results, all four seats came into BJP’s account.

Ram Swaroop Sharma was a BJP MP from Mandi in Himachal Pradesh. He won the Mandi Lok Sabha seat in 2014 by defeating Congress’s Pratibha Singh by record votes. After this, in the Lok Sabha elections held in the year 2019, he again showed his strong leader by winning the election from Mandi Lok Sabha’s seat of Himachal Pradesh. He was one of the top BJP leaders. He was a social worker as a leader who worked tirelessly for the public.

Ram Swaroop Sharma, BJP MP from Mandi in Himachal Pradesh, died in a suspicious condition on Wednesday 17 March. His body was found hanging from the fan at his residence in Delhi. Due to his demise, the meeting of the BJP Parliamentary Party to be held on 17 March 2021 has been canceled today. There is a wave of mourning among the party workers since his death. At the same time, the police team investigating the case has given some such information about their room which makes them think as well as surprise.

Police said that Ram Swaroop Sharma lived in Delhi with his cook and PA and his family lives in Mandi, Himachal. The family has been informed of his death. This morning when the MP did not open the door of his room even after a lot of knocking, the police were informed. After which the police broke into the door and entered. When the police broke in and entered the door, they were shocked.

He found that the body of the MP was hanging from the noose and there were items scattered in the room. The police brought down the body of the MP and then started an investigation in the room, then recovered a large number of medicines from there. Initial inquiries to the police revealed that Ram Swaroop Sharma had stopped talking to people for the last few days.

He did not attend the Parliament session on Tuesday. Police inquiries have also revealed that MP Ram Swaroop Sharma had been ill for a long time. He also had BP and sugar disease. Along with this, he had also come to HeartAttack twice. He was also very upset with all this. This leads the police to speculate that he may have lived in depression and committed suicide.

However, the police are yet to come to any conclusion and are quick to make any statement until a full investigation is done. Police have placed the body in RML Hospital for postmortem. The Police of North Avenue police station in Delhi is investigating the case.

Ram Swaroop Sharma belongs to Mandi, Himachal Pradesh. He was one of the top leaders of the BJP, who was also a member of the Lok Sabha from the Mandi seat. He used to exercise regularly to keep himself fit and he also used to eat green vegetables and fruits.

Talking about the favorite things of Ramswaroop Sharma, his favorite politician was Narendra Modi and he loved to serve the public. He was fully devoted to the service of the public. Used to eat vegetarian food as well. He was also very fond of sports in which his favorite sport was kabaddi, which he loved to watch and play. His favorite colors were saffron and white.

Talking about the total net worth of Ram Swaroop Sharma, he was a member of Parliament so that his salary was ₹ 200833 per month. His total net worth was more than ₹1 crore.

Disclaimer: All images are available on the Ram Swaroop Sharma official Instagram Account. Images can be taken from his official Instagram account for educational purposes. Image Credit goes to the respective owners of the Image Creator. We try to gather accurate data but sometimes there might be some mistakes, Kindly let us know if you find mistakes, and we would correct them. We do not take any Guarantee/Claim That the information we have gathered is 100% correct.

This is the full details on Ram Swaroop Sharma Biography, Wiki, Age, Height, Death, Father, Family, Brother, Wife, Son, MP Mandi, Contact, News, Twitter & More. Share this post with your friends and keep visiting us on celebwale.com for famous personalities and trending people’s biography with updated details. If you have any thoughts, experiences, or suggestions regarding this post or our website. you can feel free to share your thought with us.