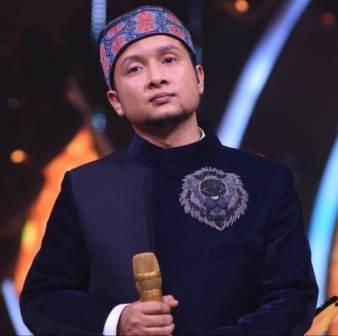 Pawandeep Rajan was born on 27 July 1996 in Champawat, Uttrakhand. He started his music journey in childhood. His father is a famous Kumauni singer and he worked a lot for the success of Pawan’s singing carrier.

Recognizing Pawan’s talent, his father gifted him Tabla when he was just 1 and a half years old. Pawandeep moved to Chandigarh for making his carrier in the music field.

In August 2015, Pawandeep Rajan was declared the winner of the singing reality series, ‘The Voice India’, at the grand finale. This show was aired on “& TV”. During the show, he was selected as a member of  Shaan’s team.

He beat three other finalists, one each on the teams of coaches Sunidhi Chauhan, Mika, and Himesh Reshammiya, to bag the title of the series’ first edition.

For winning “The Voice India”, Pawandeep received many grand prizes, first, he got money of Rs 50 lakh from &TV, a Maruti Alto K10, and a deal to record his first single with the music label Universal.

Pawandeep is a boy from a small village in the state of Uttarakhand in Champawat district who makes people crazy with his singing, Pawandeep was very fond of singing since childhood and his father also supported him in singing.

While practicing singing continuously since childhood, Pawandeep Rajan took the title of The Voice of India. After winning the title, Pawandeep had come out of the life of oblivion, now he had a different identity in Mumbai.

He started getting work and he began to enjoy his singing even more. During the lockdown in March 2020, he composed and shot a lot of songs on his own YouTube channel where he got the love of the people and also got good views.

In the tough singing competition of Indian Idol Season 12 that lasted for several months, finally, Pawandeep Rajan defeated all the contestants and won the title of Indian Idol. After winning Indian Idol 12, he was given a cash prize money of 50 lakhs and the trophy of Indian Idol.

Apart from him, Arunita Kanjilal was selected as the first runner-up. Apart from Arunita, Sayli Kamble, Mohammad Danish, Nihal Tauro, and Shanmukh Priya were adjudged as the 2nd runner up, the 3rd runner up, 4th runner up, and 5th runner up respectively.

Pawandeep Rajan’s age is 26 years old in 2022. He is a tremendous singer in the singing industry who won the heart of crores of the audience from his adorable singing. He was also the winner of Indian Idol Season 12. Their look is also very spectacular, which to maintain, they practice a kind of way. Apart from this, he also has a special focus on his food so that he can stay healthy.

Pawandeep Rajan has a decent height of 5 feet 5 inches (165 cm) tall. His weight is 61 kilograms (in pounds 132lbs). He likes to sing Bollywood songs. He looks handsome with brown eyes with brown hair. He has a tattoo on his both hands.

Apart from his parents in Pawandeep’s house, there are also two sisters, whose names are Chandni Rajan and Jyotideep Rajan. Pawandeep’s marital status is still unmarried and if we talk about his affair, if sources are to be believed, then his affair is going on with Indian Idol 12 singer Arunita Kanjilal.

Talking about the relationship between Pawandeep Rajan and Arunita Kanjilal, their affair started on the stage of Indian Idol 12 where both were seen singing together.

After this, the closeness between the two gradually increased and both have come near to each other. Even after the Indian Idol Singing Competition show ended, Pawandeep and Arunita appeared together on many occasions.

No information about Pawandeep’s education is available on the public platform yet. As soon as we get about their education update, we will definitely update our website so that update reaches you. That’s why you subscribe to this website and keep visiting daily.

Talk about the favorite things of Pawandeep, his hobbies are singing songs and listening to music and he loves to go for a picnic. His favorite color is white. And for the rest of the favorite things which are not yet publicly available, keep visiting our website for the latest update.

In 2019 Pawan sang a devotional song (Shabad), “Diwali di Raat” for a devotional movie, “Dastaan – E – Miri Piri”. Pawan also got a break as a Music Director in the movie Shri. Mahesh Manjrekar. In 2020 Pawandeep gave an audition for Indian Idol 12 and got selected among the top contestants.

The valleys of Uttrakhand Pawandeep Rajan is a self-learned singer and musician. He wants to playback singer for Salman Khan, Ranbir Kapoor, and Akshay Kumar.

If you talk about the total net worth of Pavandeep Rajan, then recently, he won the title of Indian Idol Season 12, in which he got a cash reward of ₹50 lakhs as a prize. After winning the Indian Idol, they have a lot of projects coming. They have changed their life with their hard work.

His total net worth is up to ₹7 crores and his salary has been from about ₹5 lakh to ₹7 lakh. He has Mahindra XUV 500 car and lives a good life.

Looking at his talent, Uttarakhand Government also declared a young brand ambassador in 2016. Apart from this, he also posts many sponsors on his social media so that he earns well.

Pawandeep Rajan is a Versatile Melodious Singer and Music Director from Champawat, Uttrakhand. Pawan is born and brought up in a music-loving family in Champawat.

Pawan is singing since his childhood age and he got his initial music education from his father. His father Suresh Rajan is a Kumauni singer.

Some Interesting Facts About Pawandeep Rajan:

This is the latest information on Pawandeep Rajan Age, Biography, Wiki, Family, Girlfriend, Net Worth & More. Share this post with your friends and keep visiting us on celebwale.com for famous personalities and trending people’s biography with updated details. If you have any thoughts, experiences, or suggestions regarding this post or our website. you can feel free to share your thought with us.