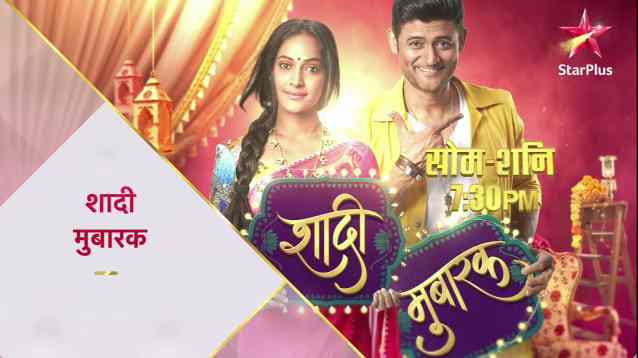 Shaadi Mubarak is an Indian drama television series produced under Shashi Sumit Productions starring Rajshri Thakur and Manav Gohil. The Serial is being telecasted on the Star Plus Tv channel from 24 August 2020. The story of the serial revolves around a mature couple Preeti Jindal and Kirtan Tibrewal.

Along with being both business partners, they also remain wedding planners in the marriage bureau named Shaadi Mubarak. In this story, Preeti plays the role of a widow, while the marriage for Kirtan remains like trouble.

Ever since this series started telecasting on Tv, it has been coming in the top 5 in the TRP chart. This serial is well being liked by the audience and people are also getting a lot of love.

As: Preeti Tibrewal aka Mohi

This is the full details on Shaadi Mubarak TV Serial (Star Plus) Cast, Release Dates, Repeat Telecast Timing, Story, Real Name & More. Share this post with your friends and keep visiting us on celebwale.com for such an entertaining post. If you have any thoughts, experiences, or suggestions regarding this post or our website. You can feel free to share your thought with us.